This competition was sponsored by the City of Plochingen to develop a critical and sensitive suburban site at Gottesäcker in 2002. HRA’s winning design has been adopted as the Area Action Plan and there have been a number of unsuccessful attempts to develop this with private developers in recent years.

An environmental impact study had identified an airflow stream across the site from the River Neckar to the south that was critical for night cooling of orchards and vineyards on the hills to the north. HRA arranged 35 stepped terraced houses perpendicular to the slope to minimise disruption to this critical airstream. This stepped section optimises the solar orientation of each unit and creates a new semi-detached housing prototype, with houses paired front to back rather than side to side and sharing a long sloped garden to the south. The individual units are 3 or 4 storeys tall and arranged on a split level with main rooms to the south and secondary functions to the north. The units also enjoy a south facing terrace at bedroom level. 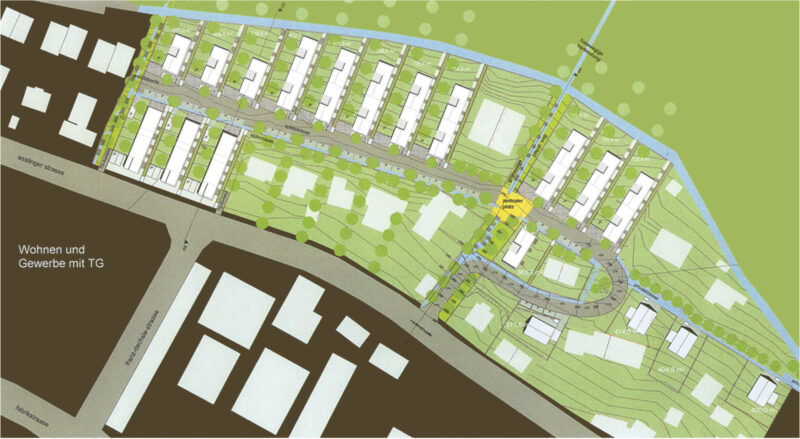 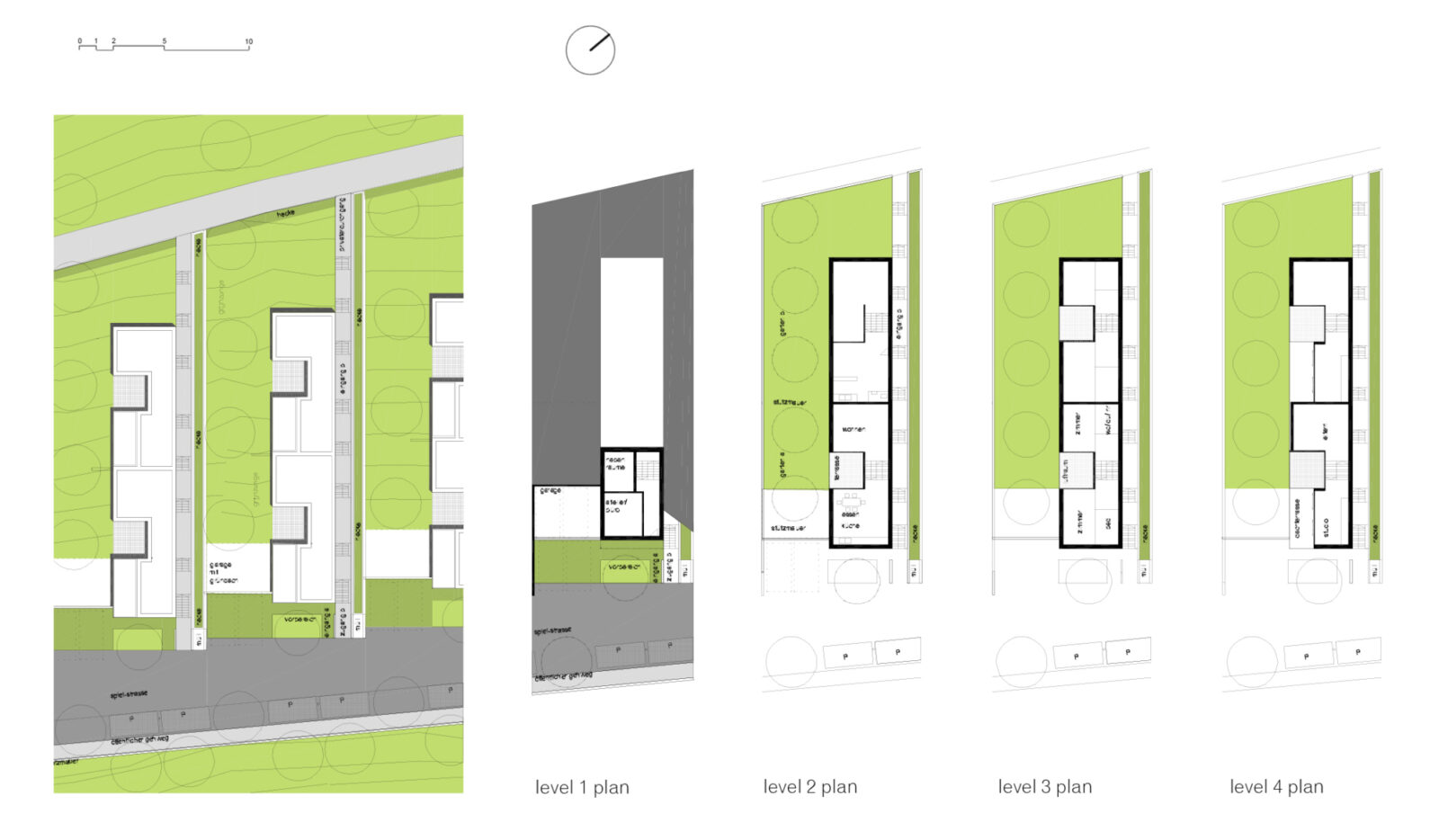 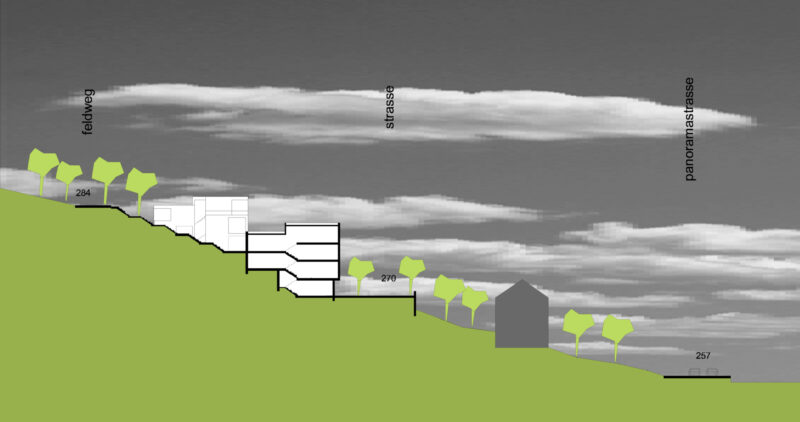 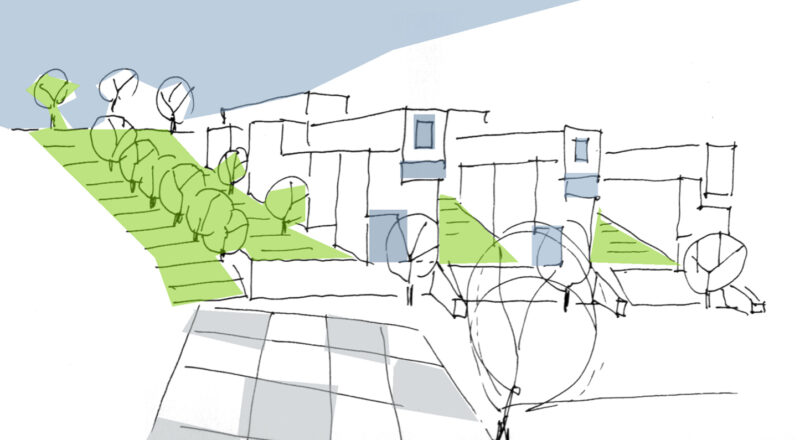