The INWMG, designed by Sir Edwin Lutyens (1869-1944), commemorates the estimated 49,400 Irish people who died during the First World War 1914-18. The location of the new bridge is aligned with the primary axis of the Gardens, extending from the Temple on the INWMG side to a strip of land on the north bank, positioned between the Liffey weir and the UCD boat club. The proposed scheme presented here extends the axis of the existing memorial gardens as a sequence of: cross, warstone, temple, new bridge, new monument and new gateway, an integrated sequence of dignified and distinctive events and spaces making an avenue linking north and south of the river.

The new formal entrance to the INMWG is proposed as 23 meter  diameter exedra comprising a free standing granite wall 3.5 metres high - marking the extension of the walled garden of the Phoenix Park. After passing through the entrance archway, one arrives in a new space formed in yew hedge. In this space a further commemorative stone is proposed.

The bridge is a single span tied arch streel bridge. Both engineering and detail of the bow string bridge is innovative and distinctive; offering a safe and attractive link for pedestrians, cyclist and formal events both at INMWG and around the Liffey. Like the proposed Lutyens’ bridge, the total span is divided in three distinct spans. The deck cantilevers to a bowstring arch from platforms each side. The tied arch allows for the elimination of horizontal forces on the abutments reducing the requirements on the foundations. The springing points are set sufficiently back to avoid contamination of water during construction and minimal impact on the natural environment and existing formal gardens. The bow string is developed as a symmetrical cable structure which cradles the deck .The bow lifts the bridge to a clearance of 3 meters above the river level, the super structure therefore raised to provide silhouette to the setting and a sense of a central space mid span in the river, a place of commemoration and surveillance on the single span self-supporting structure. The bridge is considered as a place watch the rowing activities on the river and support crowds on race days. 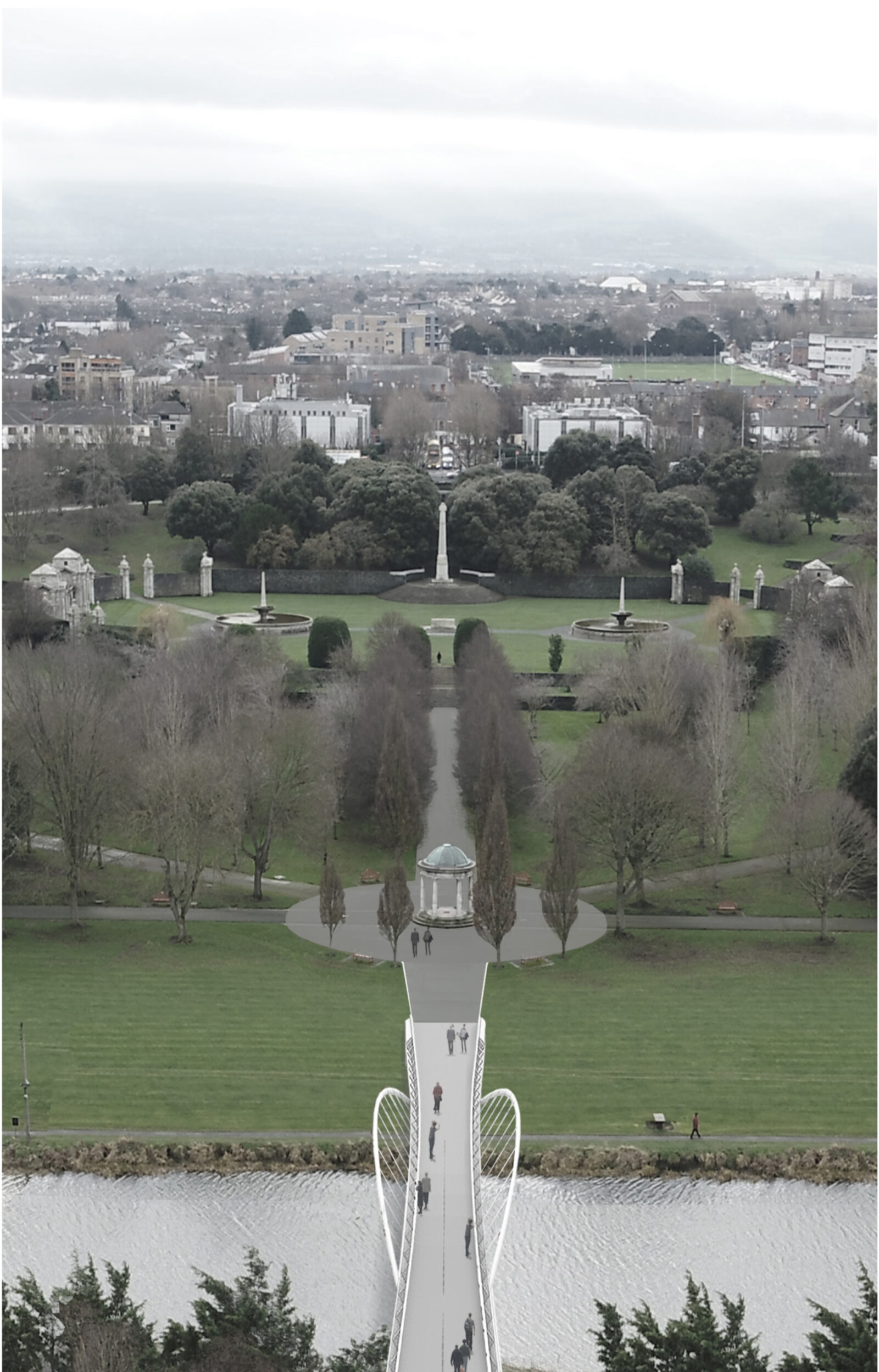 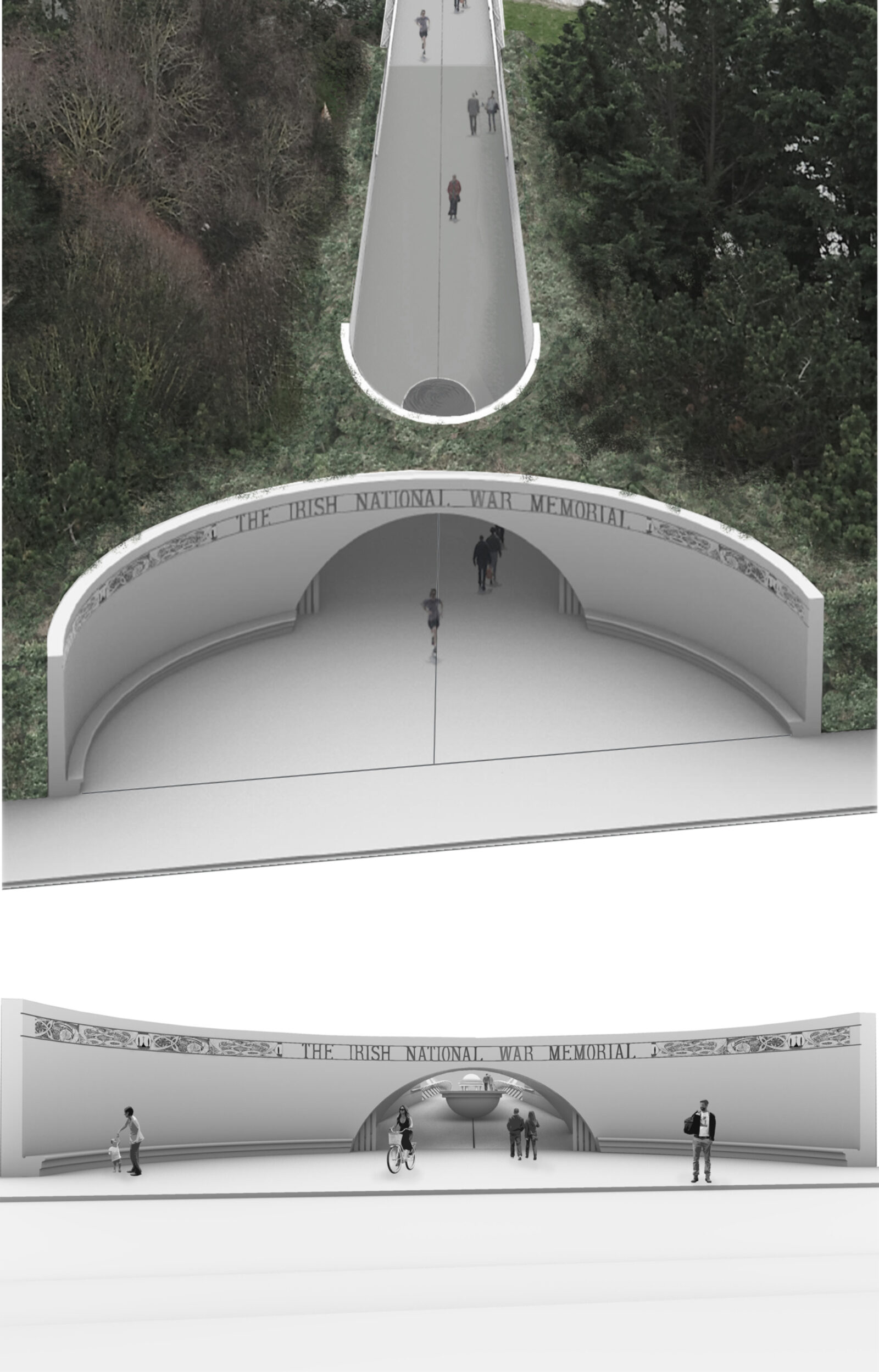 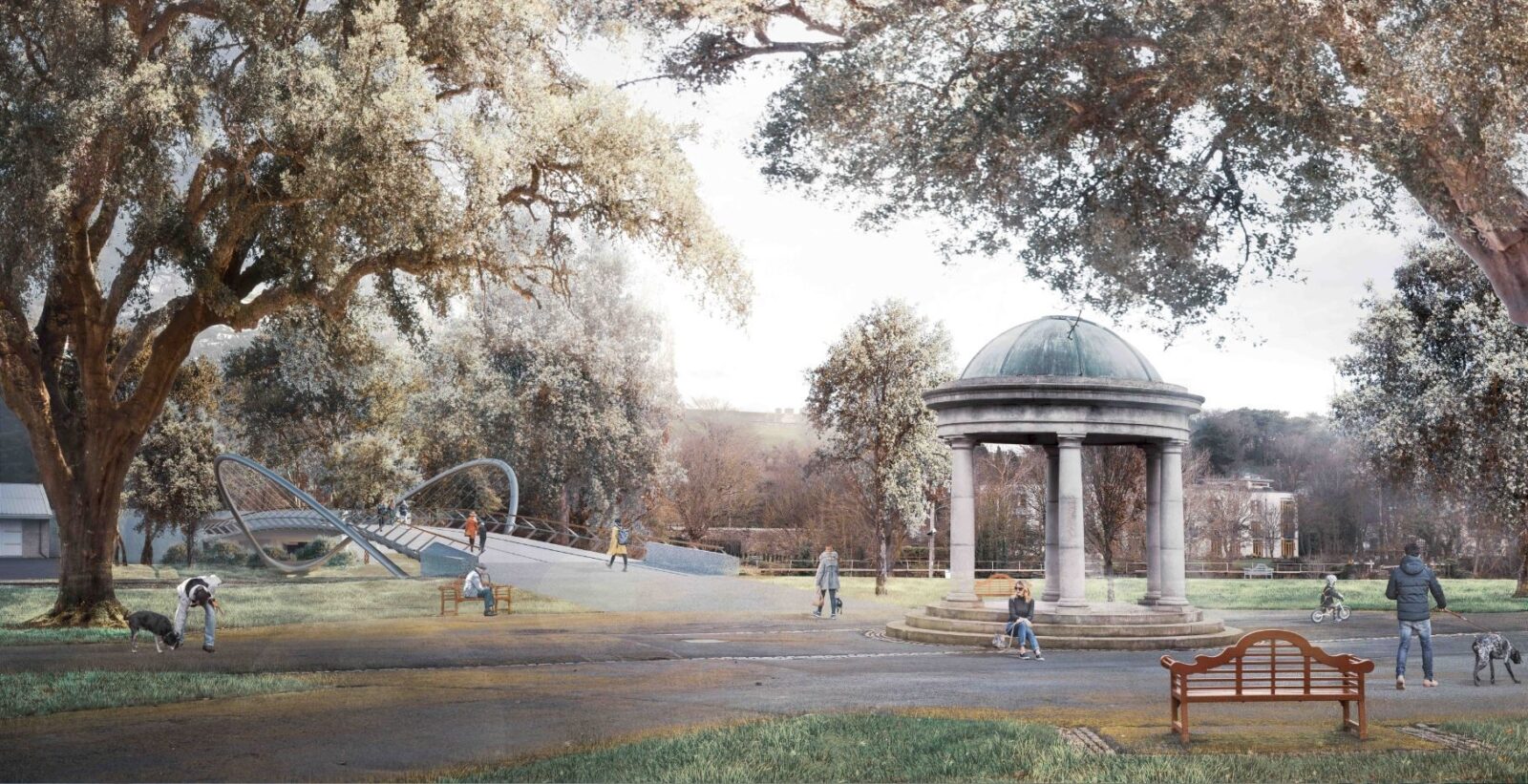 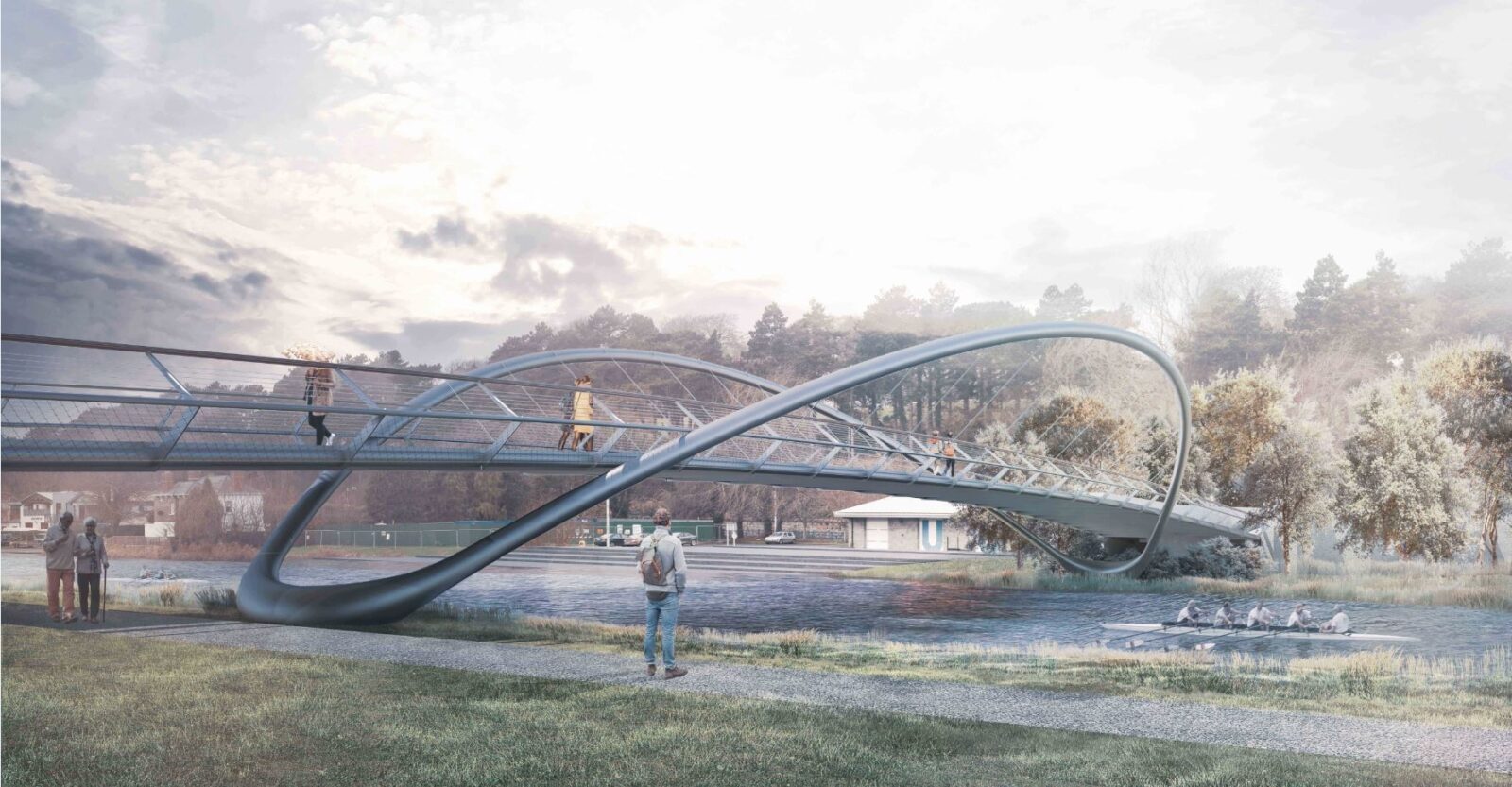 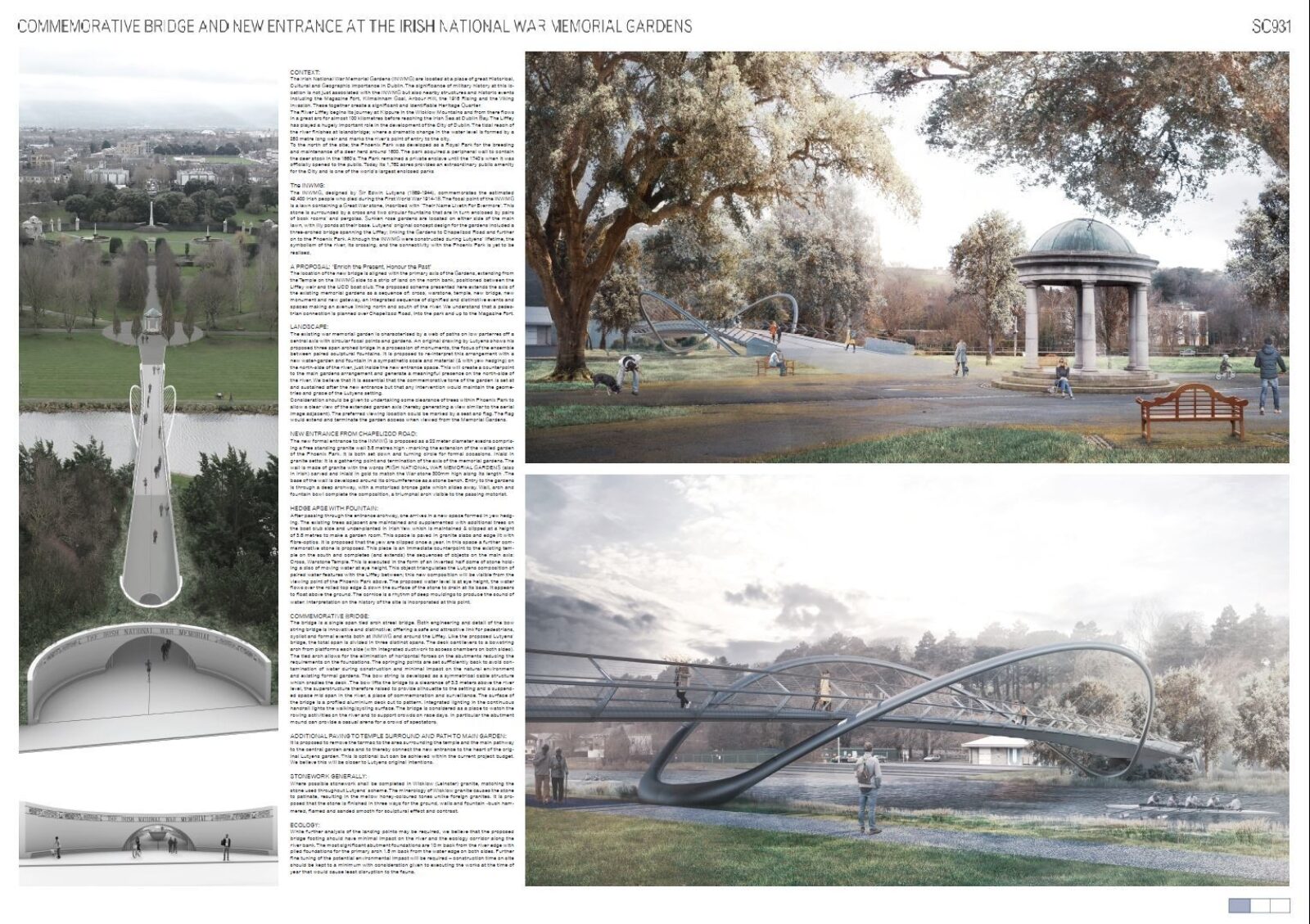 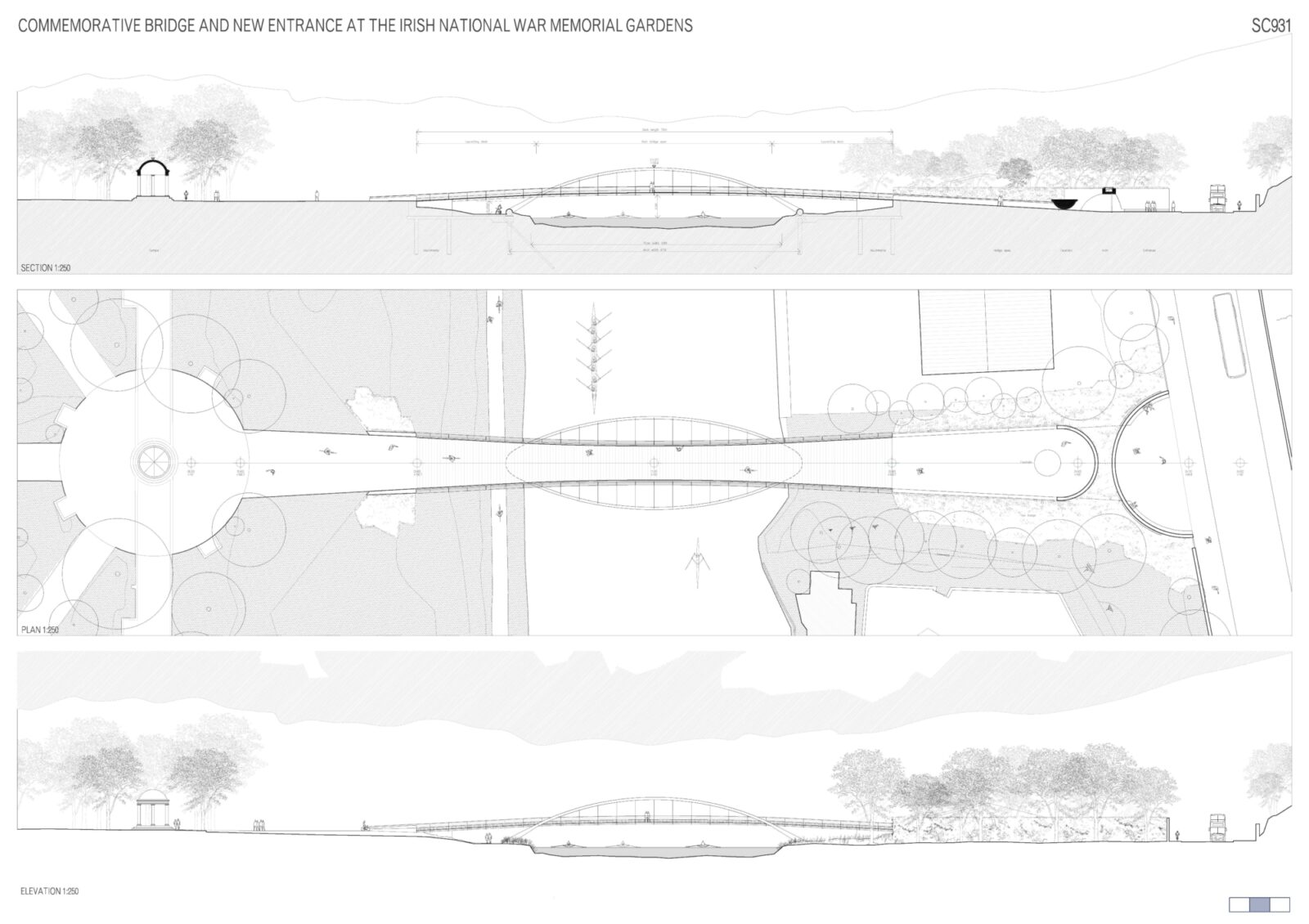 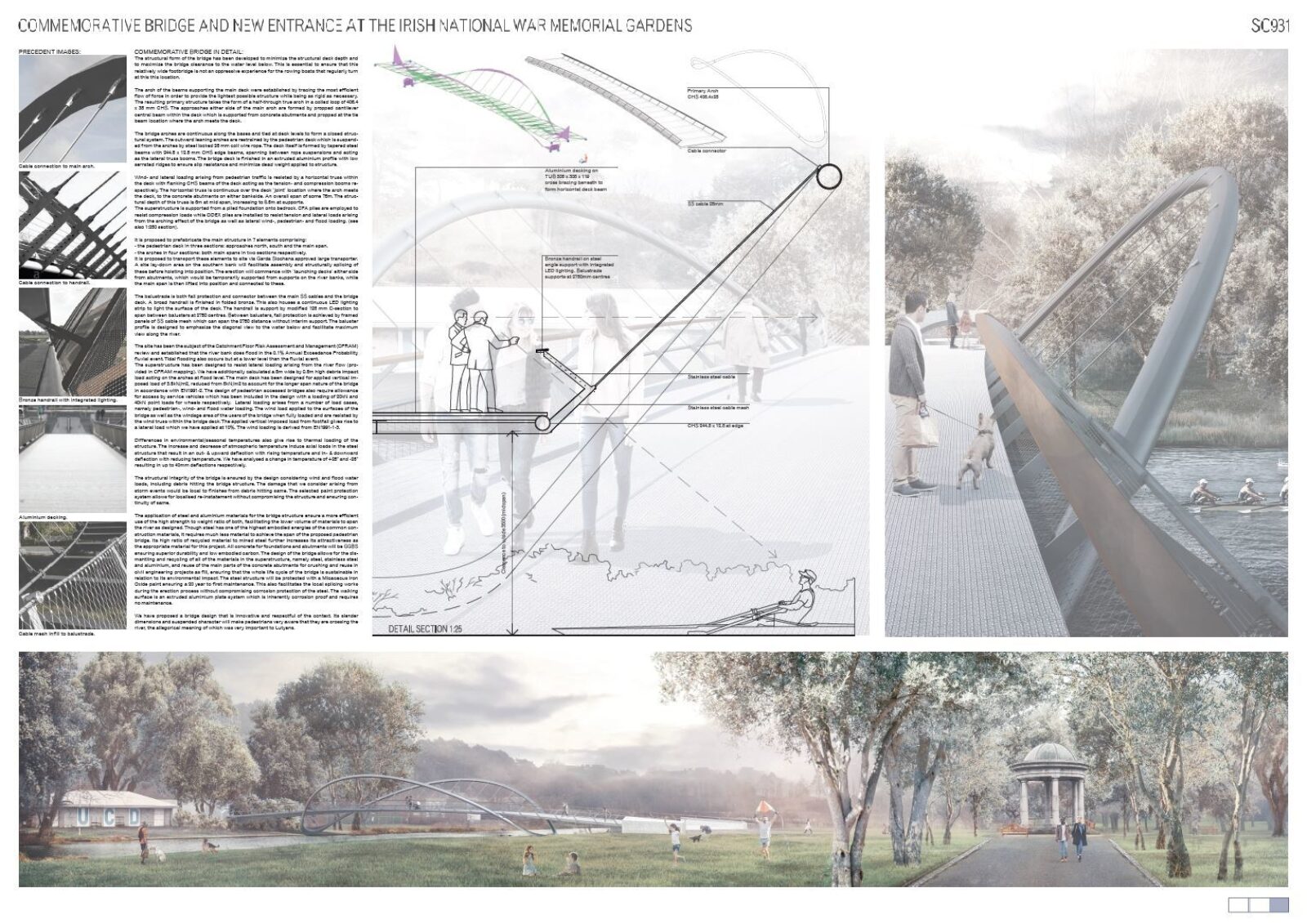