The Goethe Institut in Dublin was previously split between a Georgian house on Merrion Square, which housed the cultural programmes and another Georgian house on nearby Fitzwilliam Square, which housed the language school. This project relocates both functions to the Merrion Square premises, to facilitate greater interaction between the language students and the cultural programme the institute offers.

The house at 37 Merrion Square is a protected structure and was designed most likely by Samuel Sproule, Architect and built between 1780 and 1786. Internal stuccowork was completed by the stuccodore Robert West. The house was in reasonable condition but has now been extensively be restored, consistent with best conservation practice.The new build consists of a sub-parterre level over most of the site, which is a half level above Stephen’s Place to the rear, with a split level three-storey mews above. The new build provides seven classrooms, an auditorium and accommodation for teachers and administration staff. A new garden is provided on the podium level between the existing house and the extension in line with the historical precedent.

The new build is designed to service the existing building and forms a single functional unit consistent with the Georgian plot arrangement of House/Garden/Courtyard/Mews/Courtyard. The combined project achieves a BER rating of A3, which sets a new standard for a protected structure of this era. To mitigate the scale of the mews development, the new build makes a material distinction between a solid base (including the garden walls), and an emergent crystalline form, glazed with a bespoke vertically spanning high performance triple glazing system with an inter-layer of copper mesh between the outer two layers of glass. This provides a mild vision screen and acts as a solar gain protection layer. The building alternates between reading as a glass box and a metal box. At night the building reads differently again as some sections of the glass box are opaque and others are transparent. 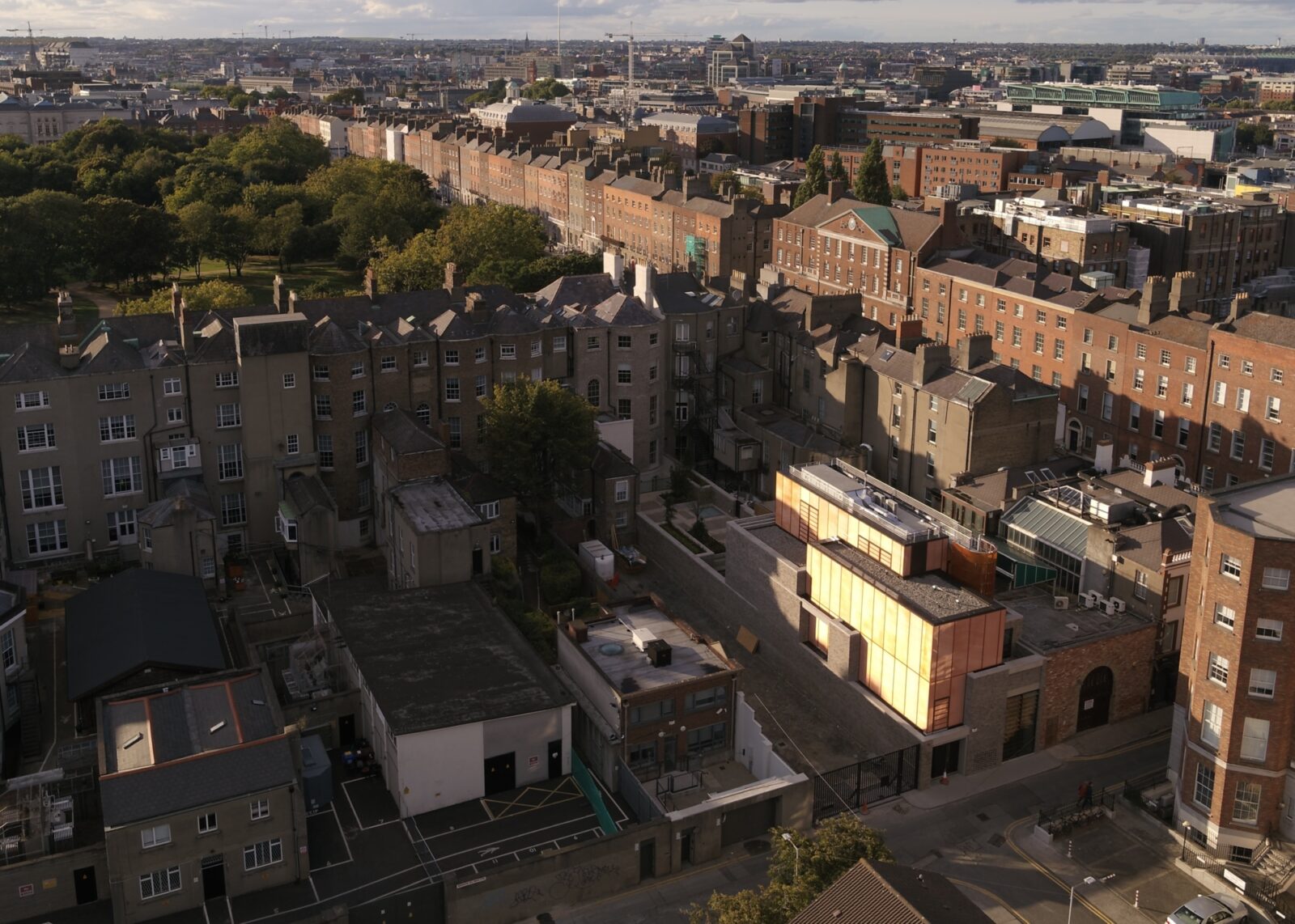 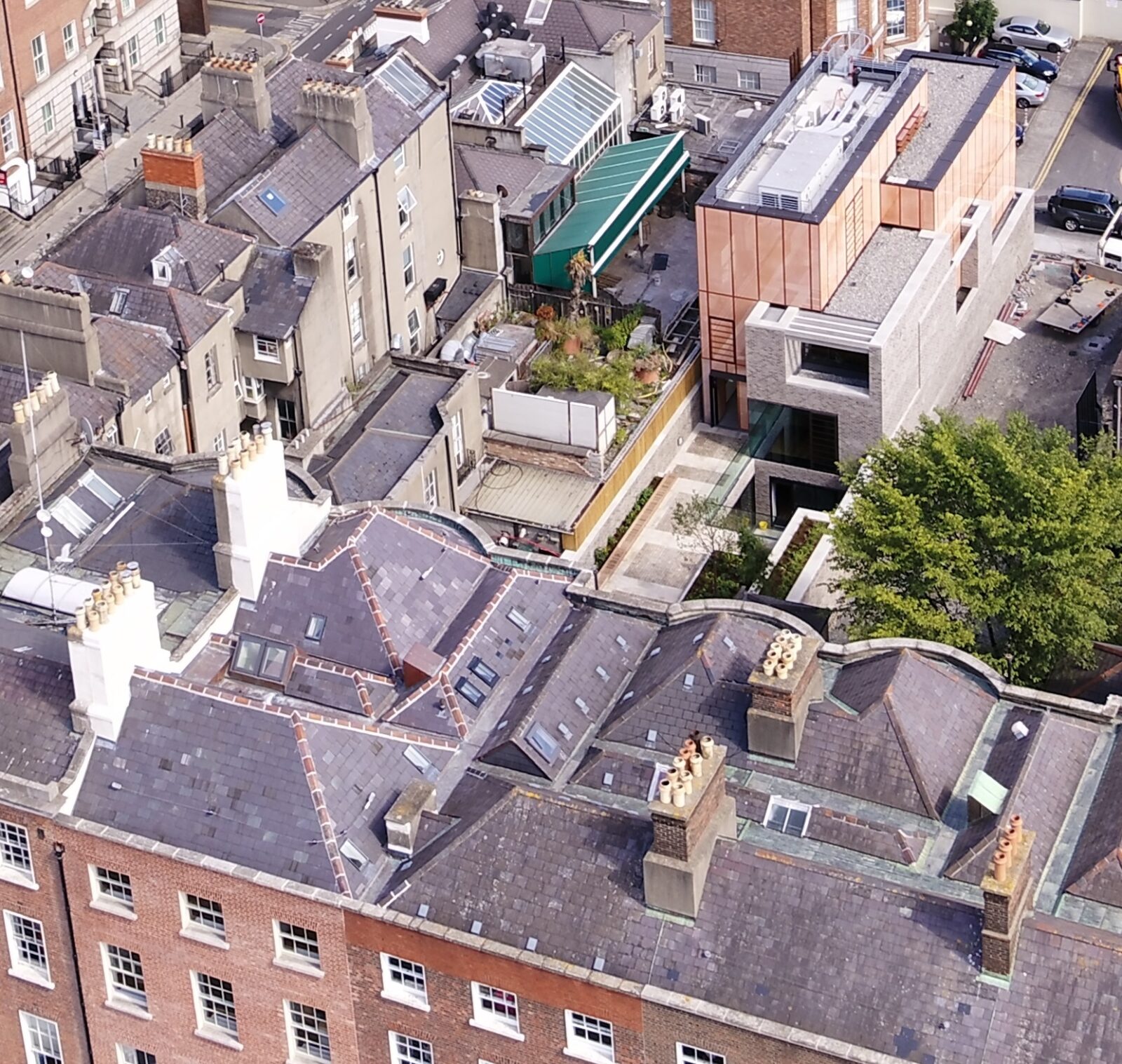 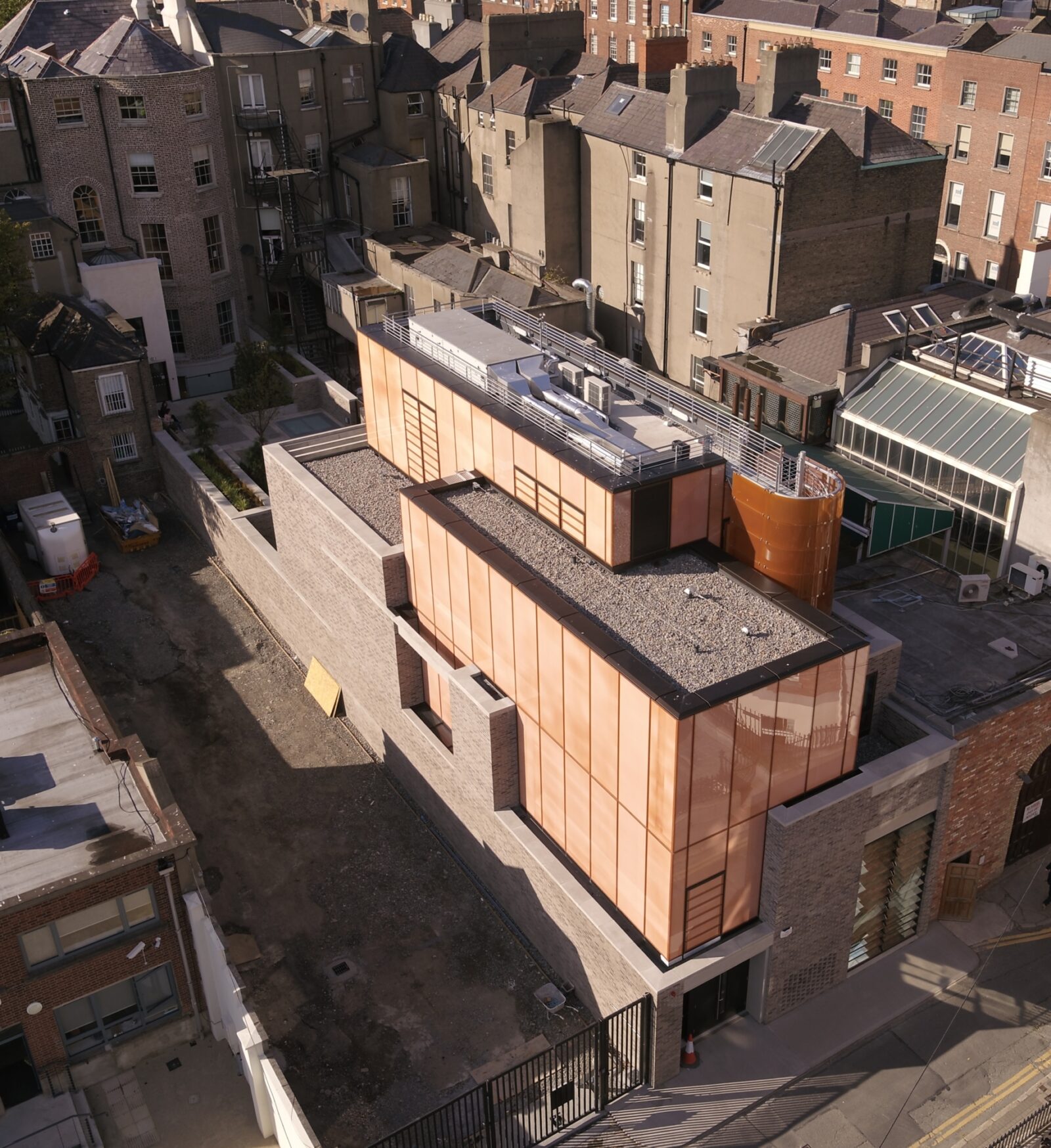 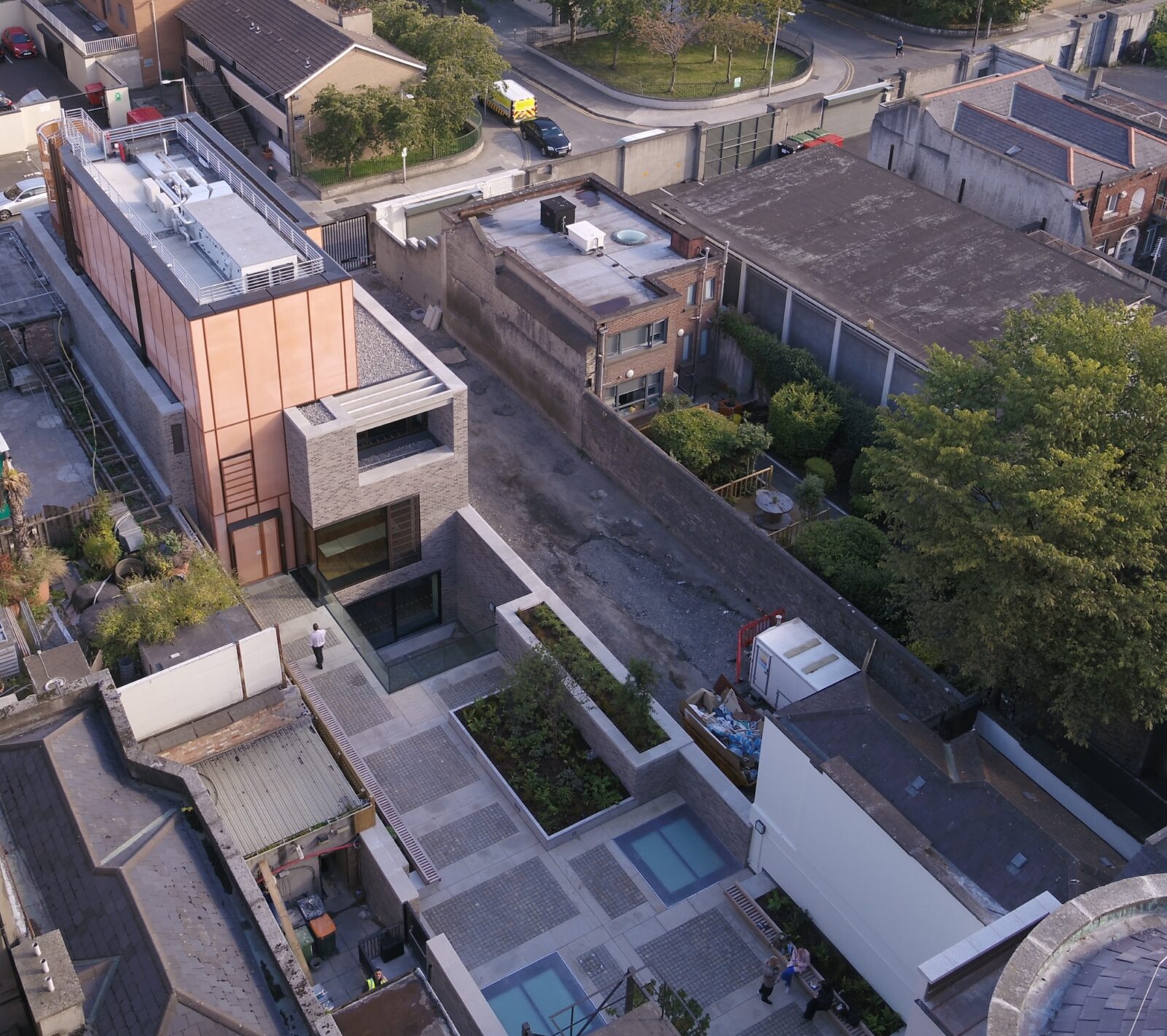 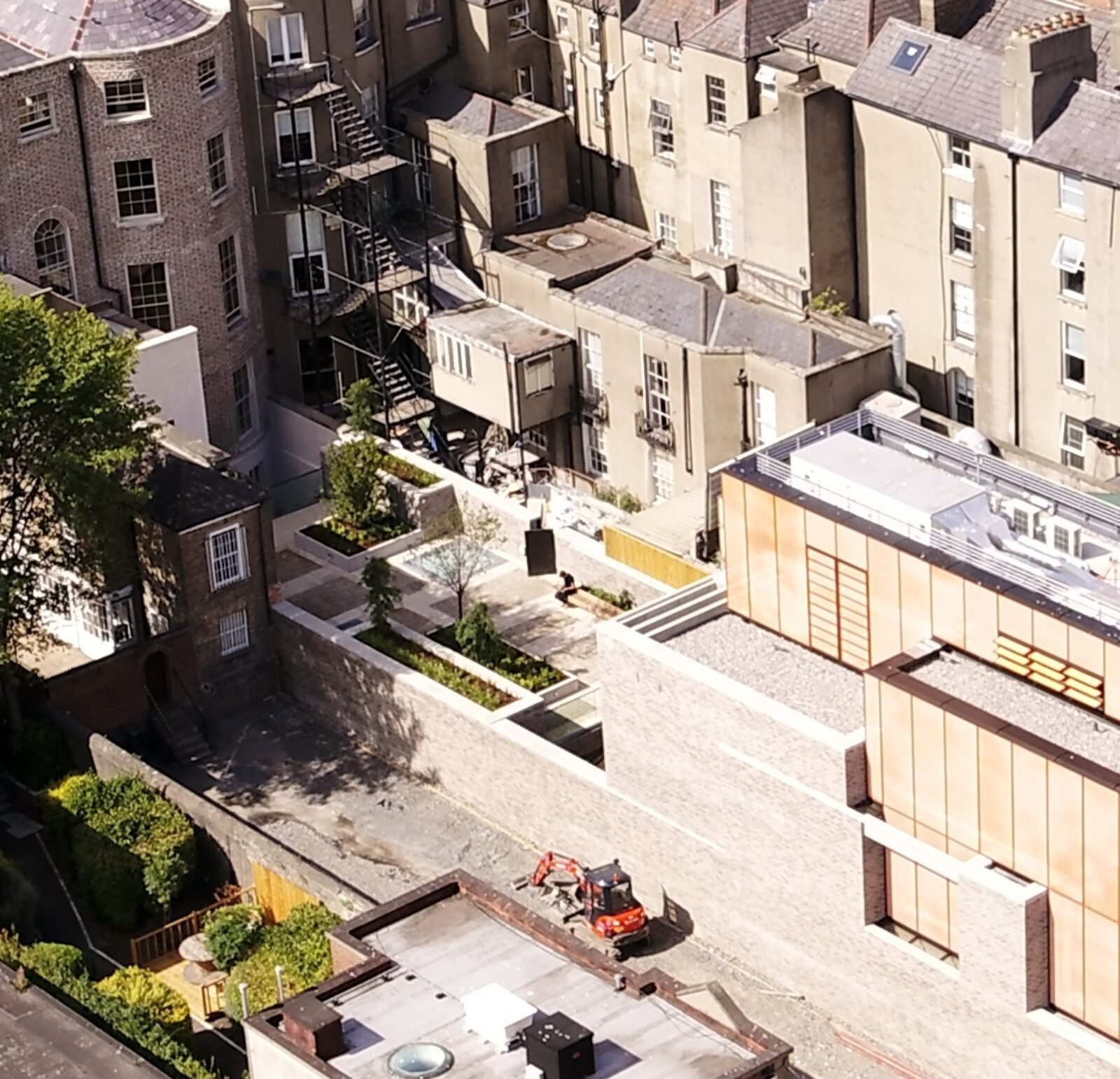 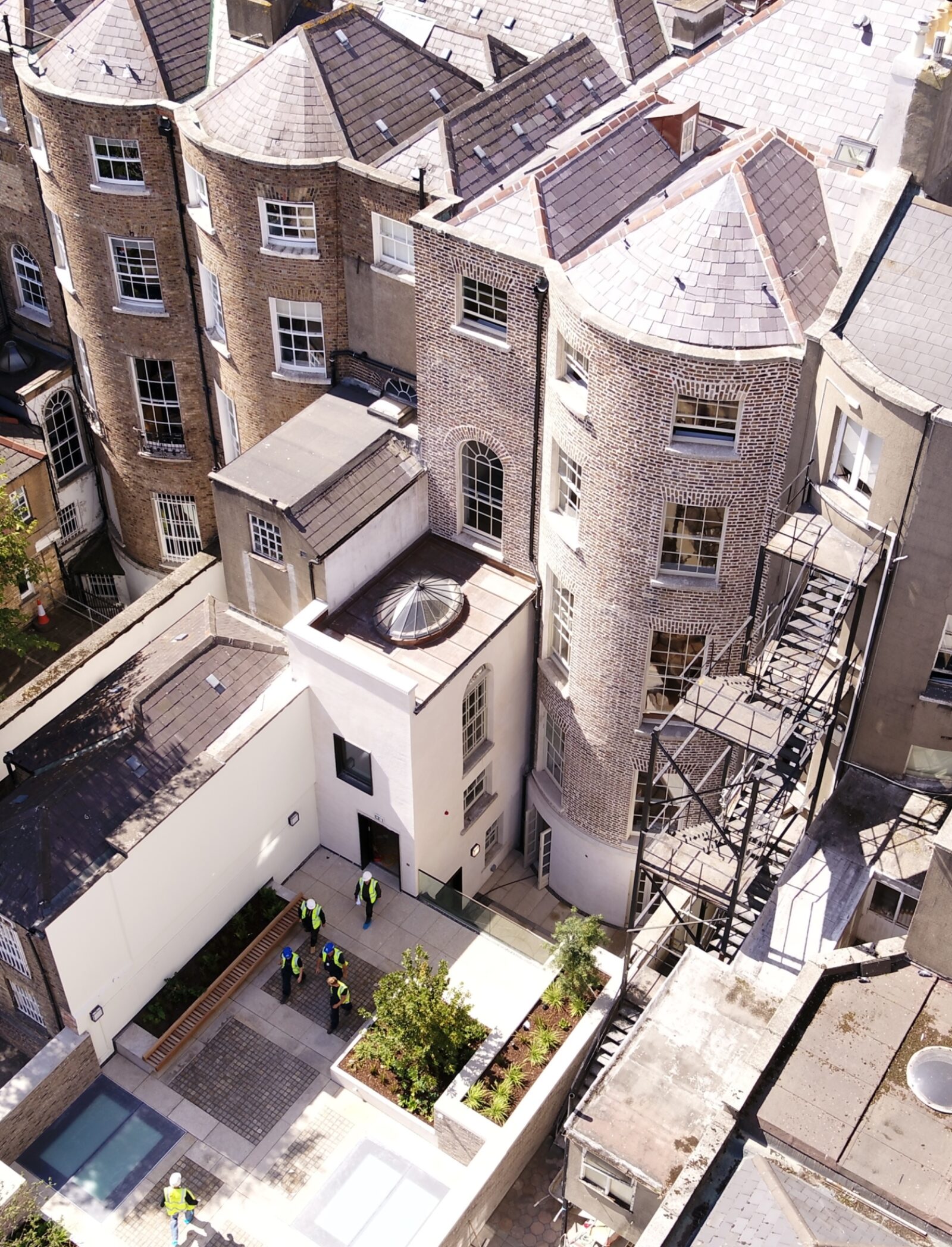 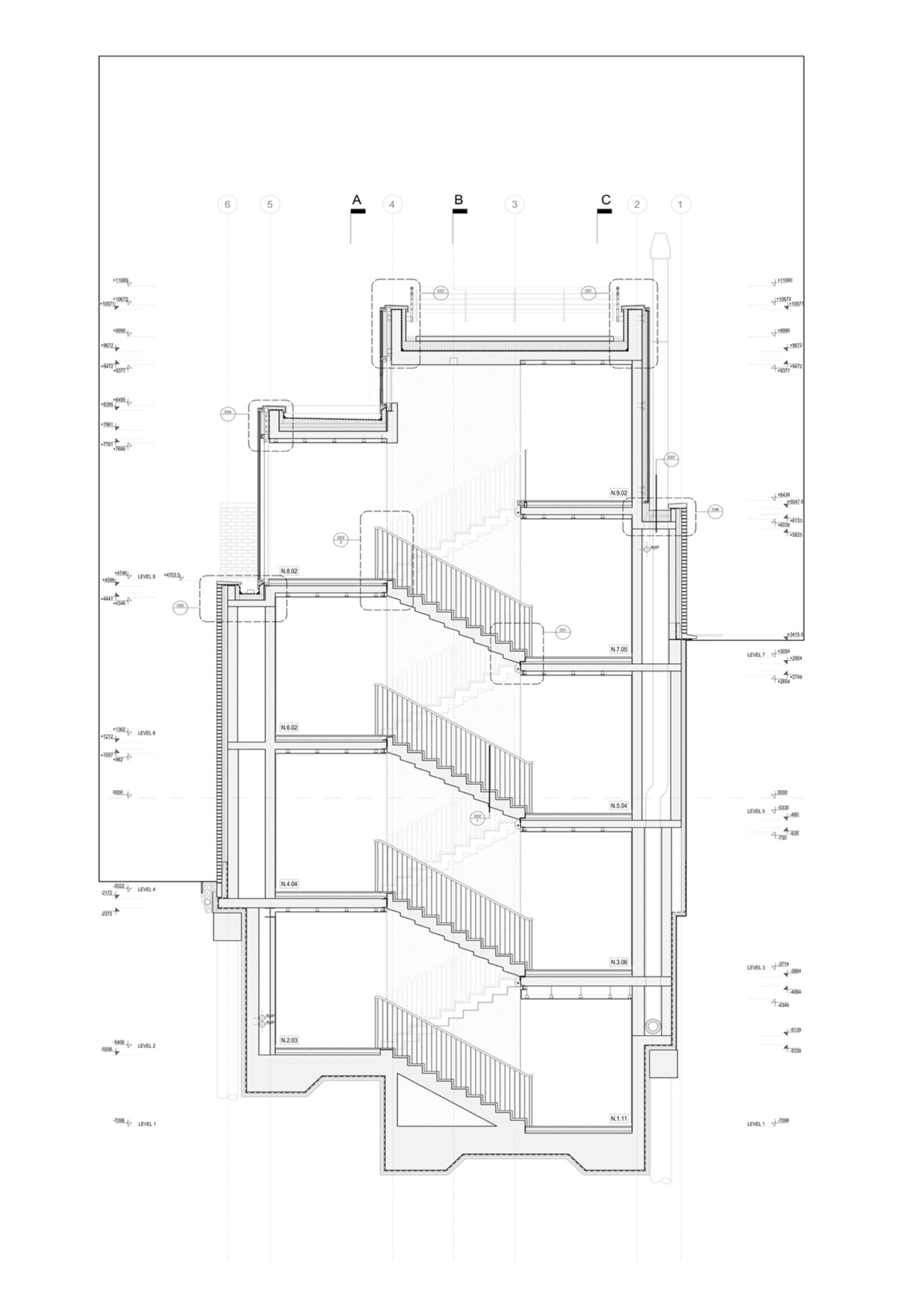 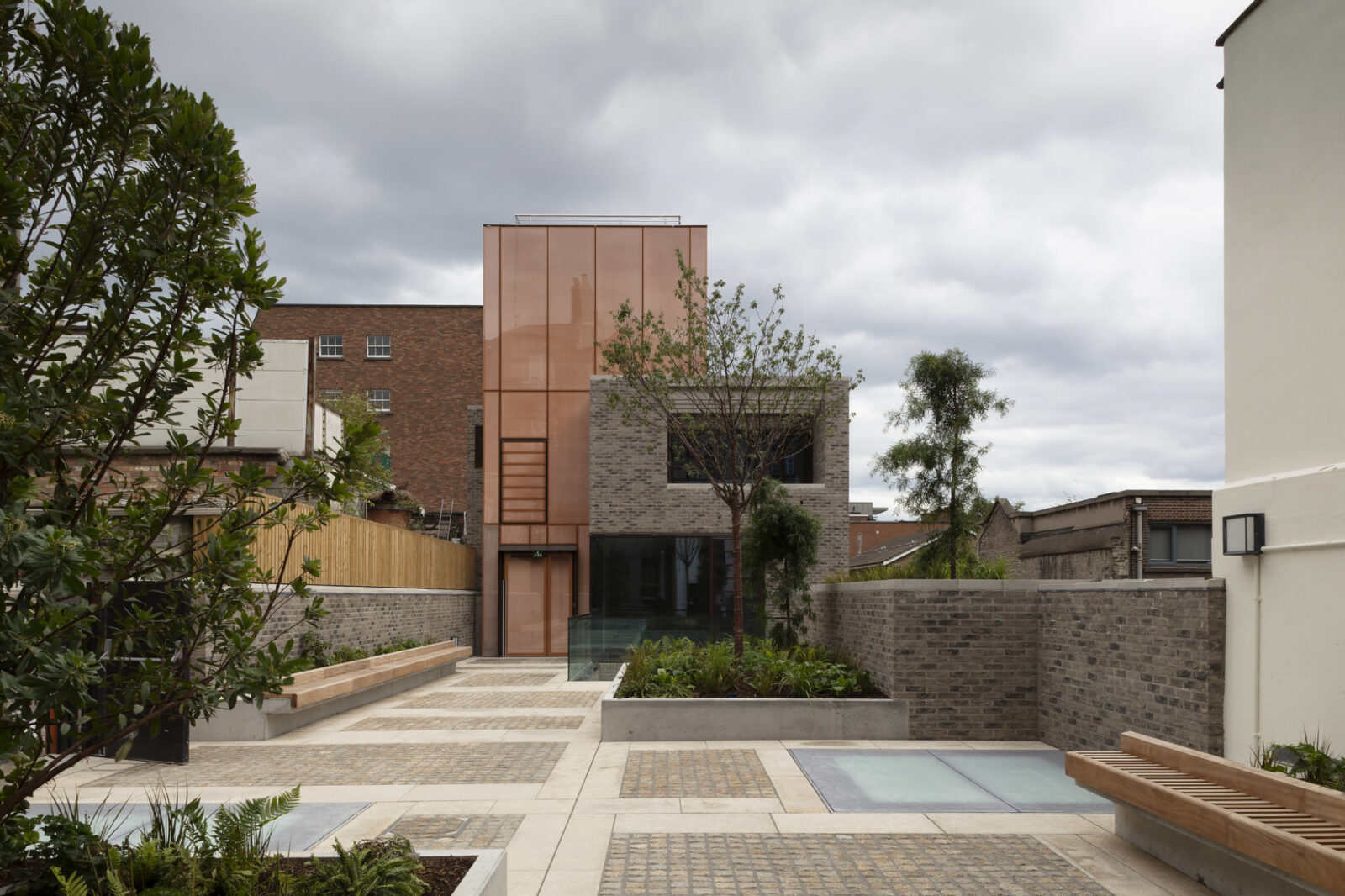 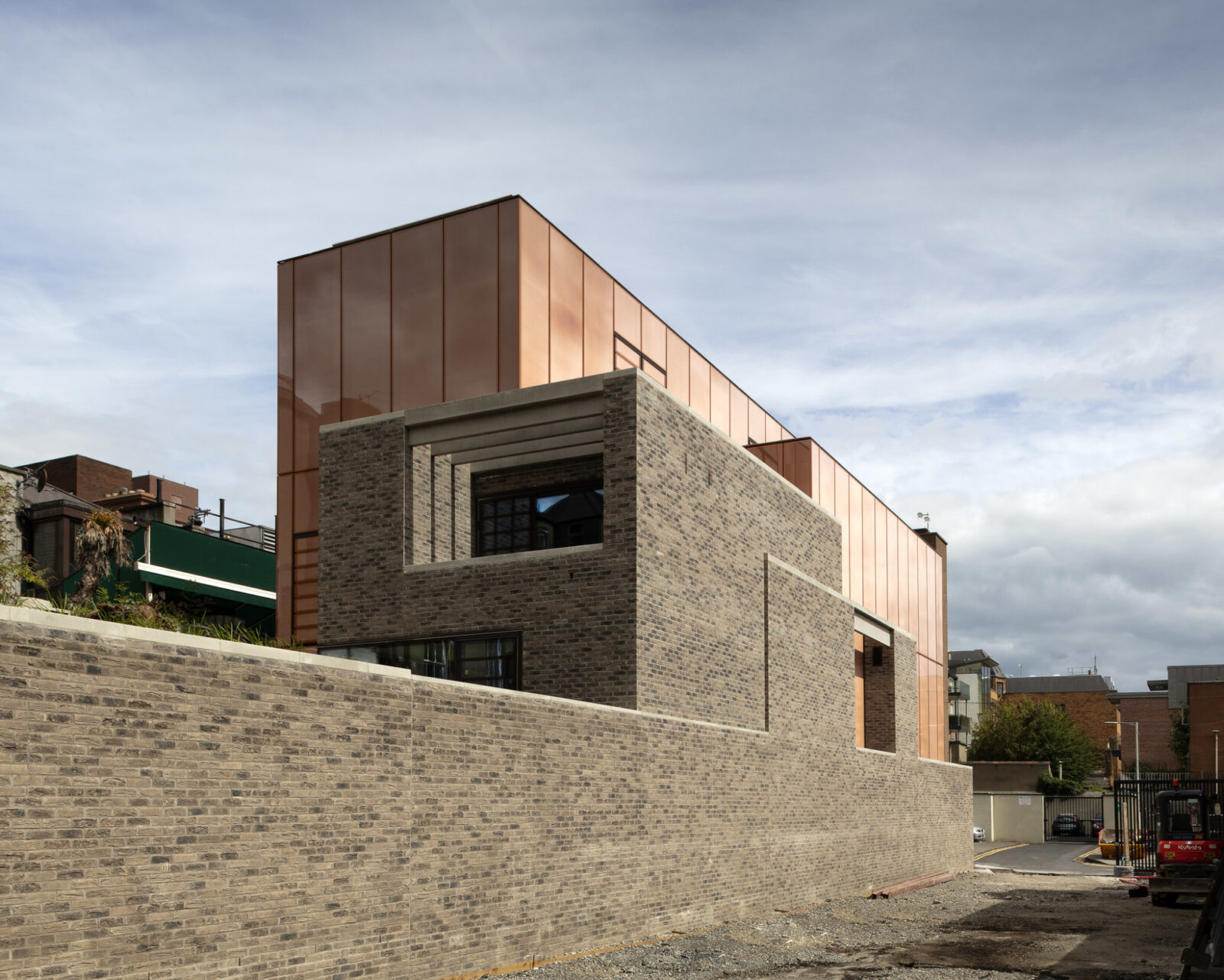 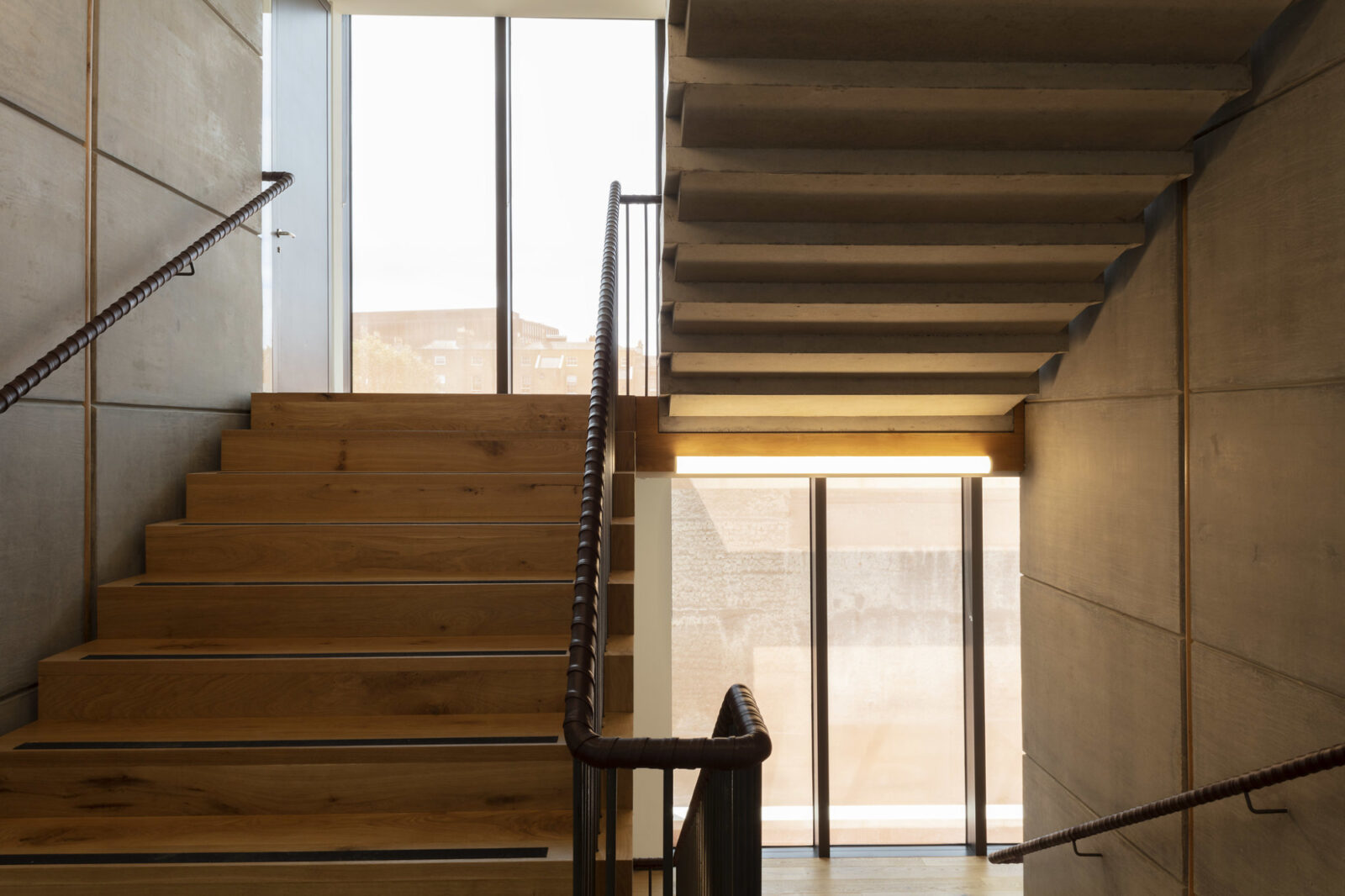 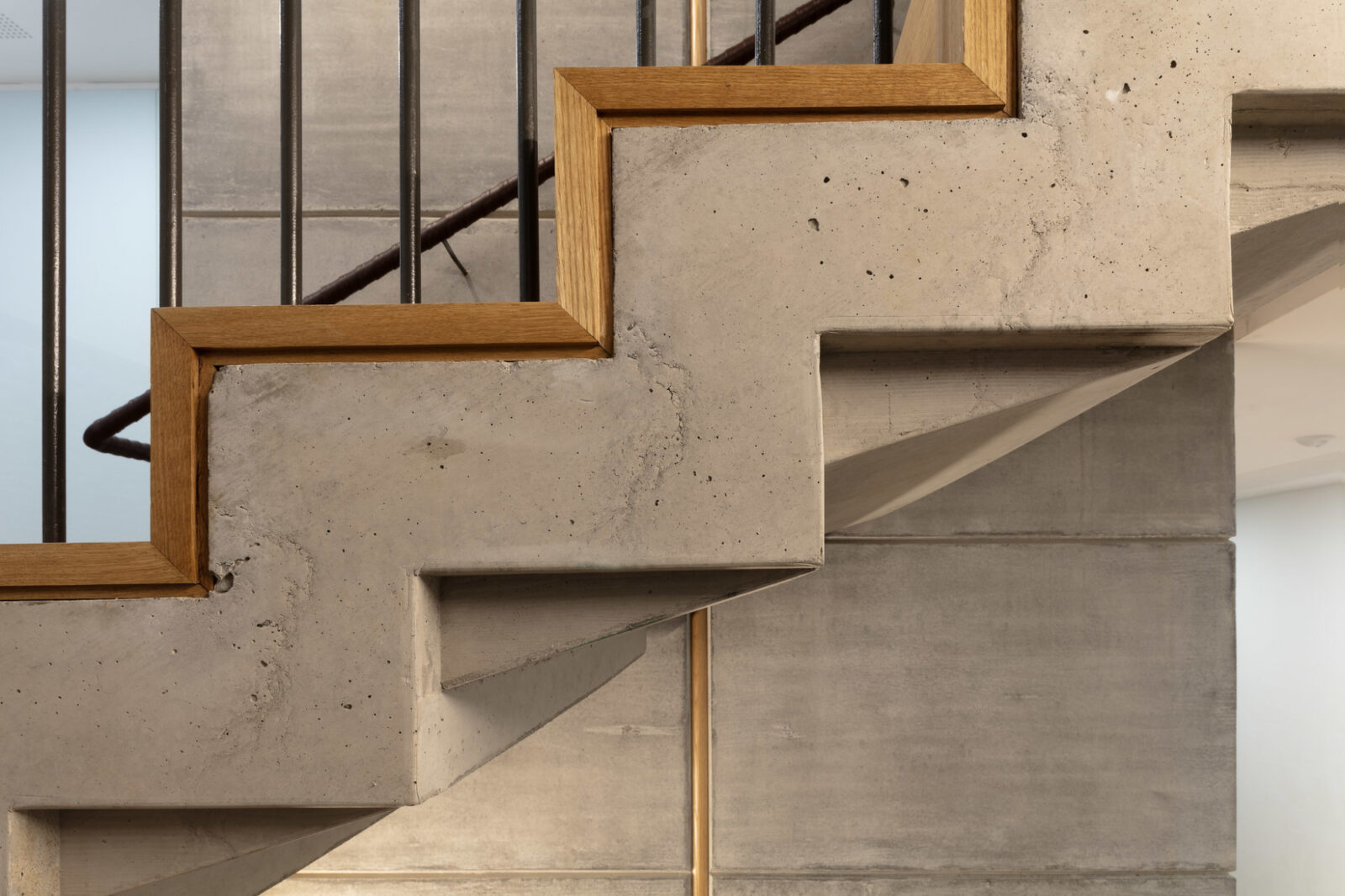 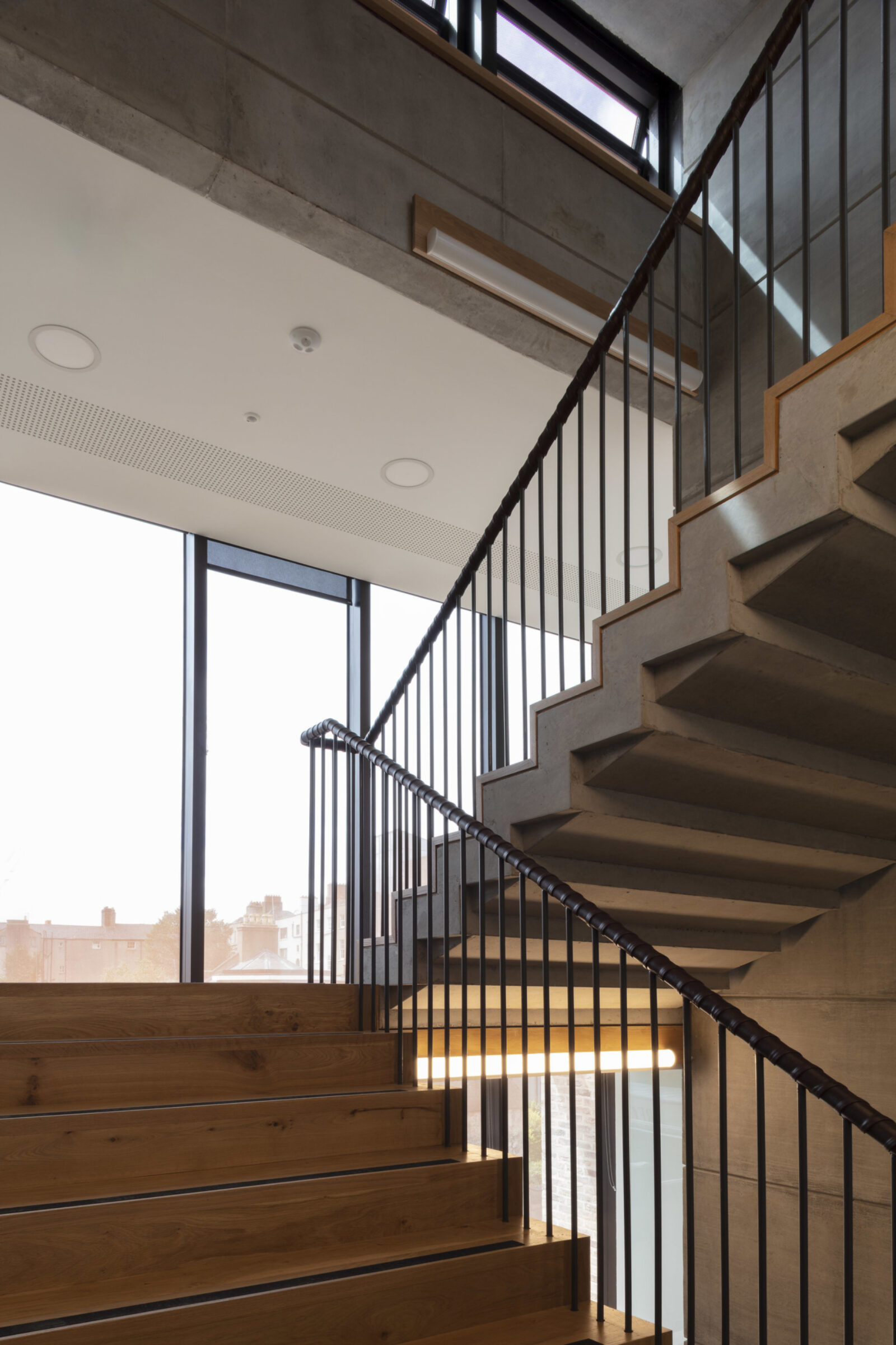 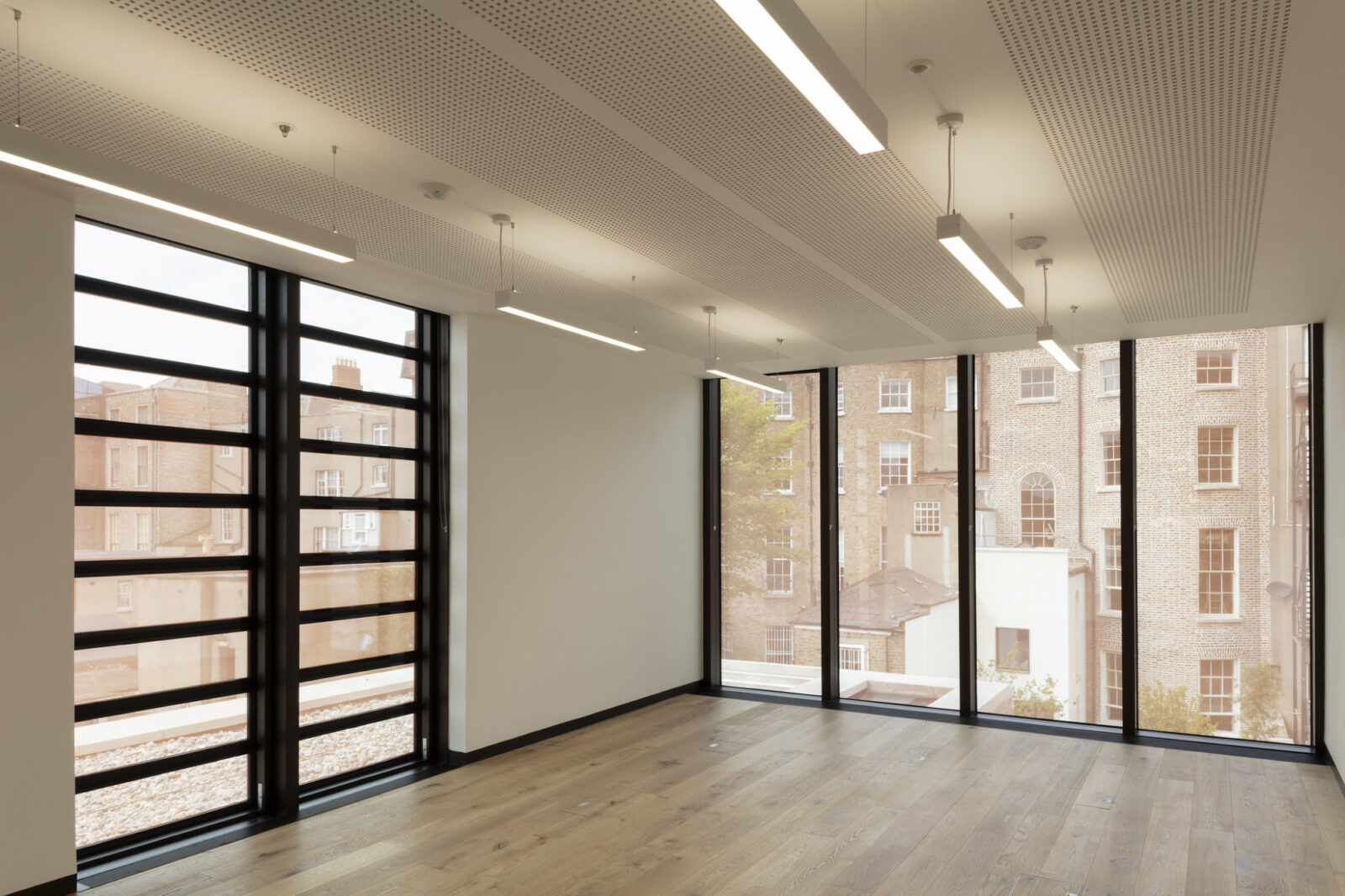 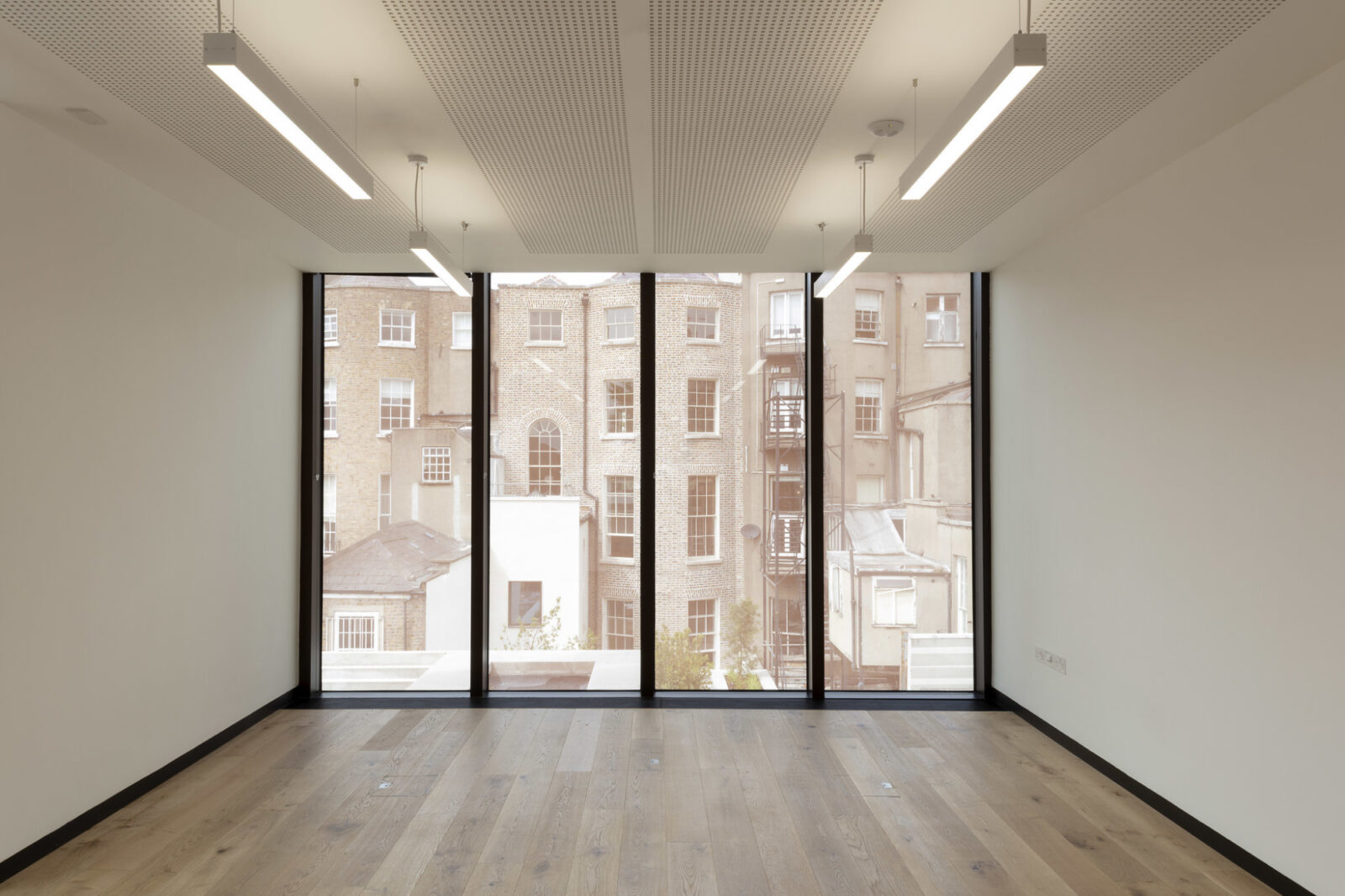 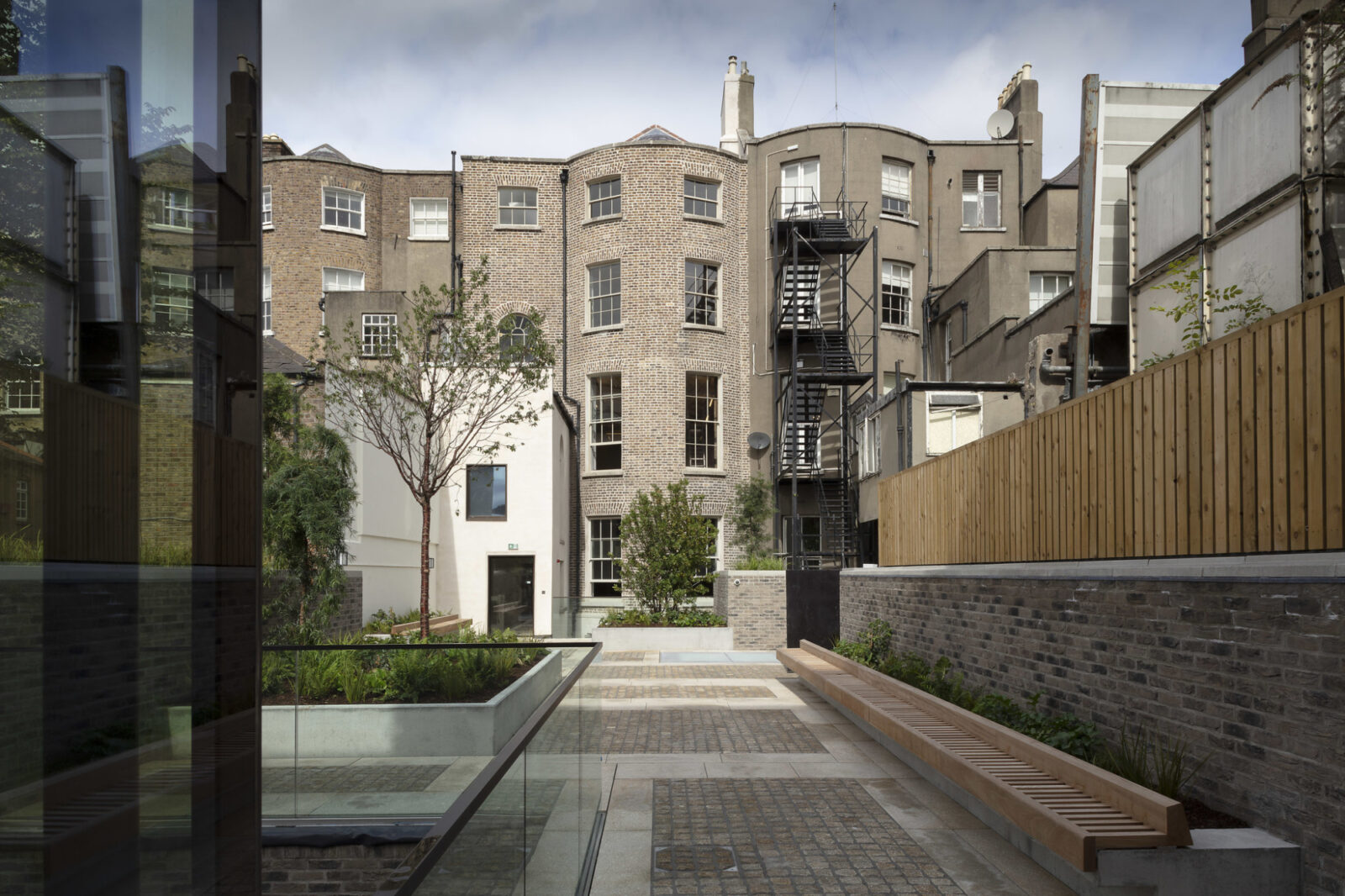 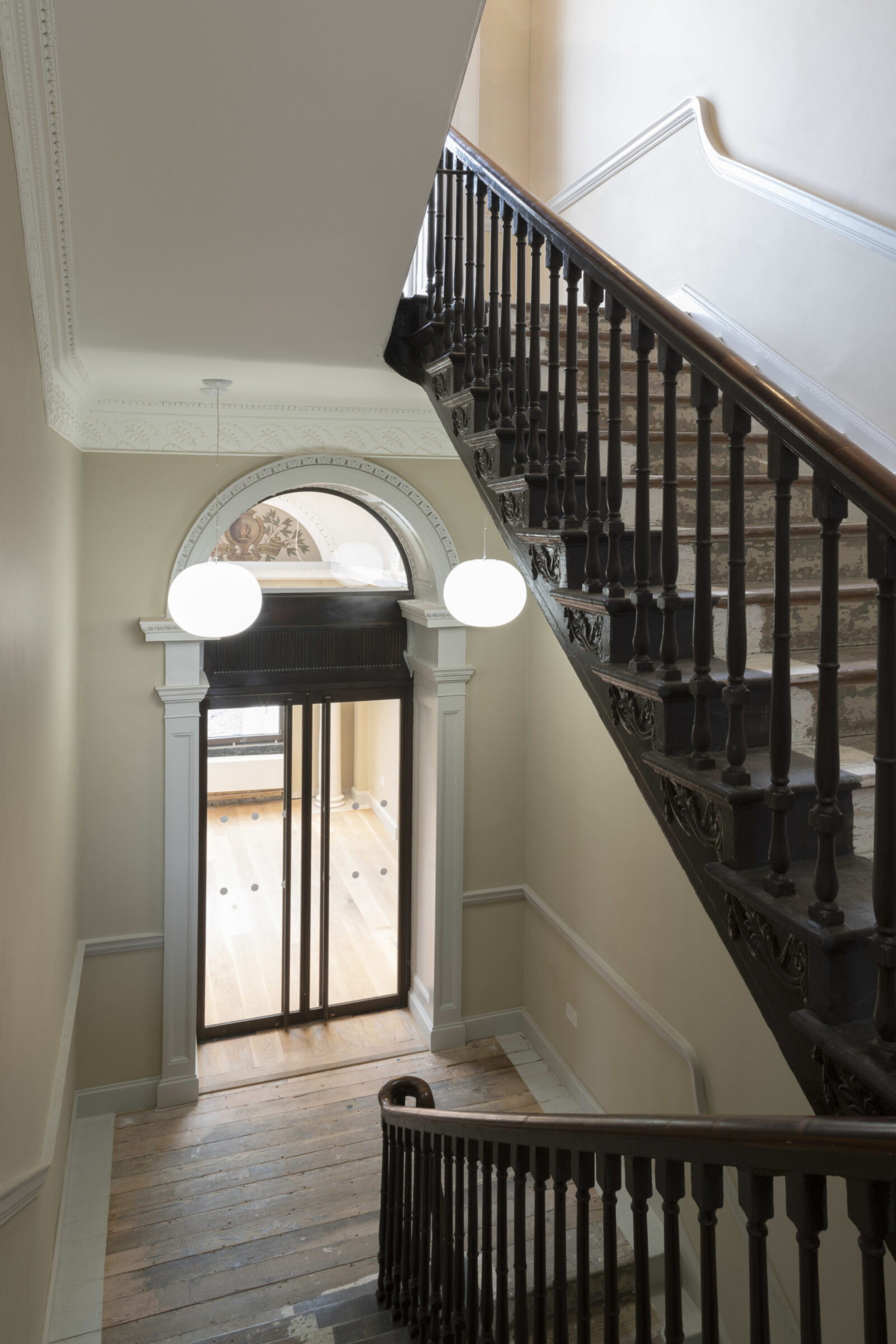 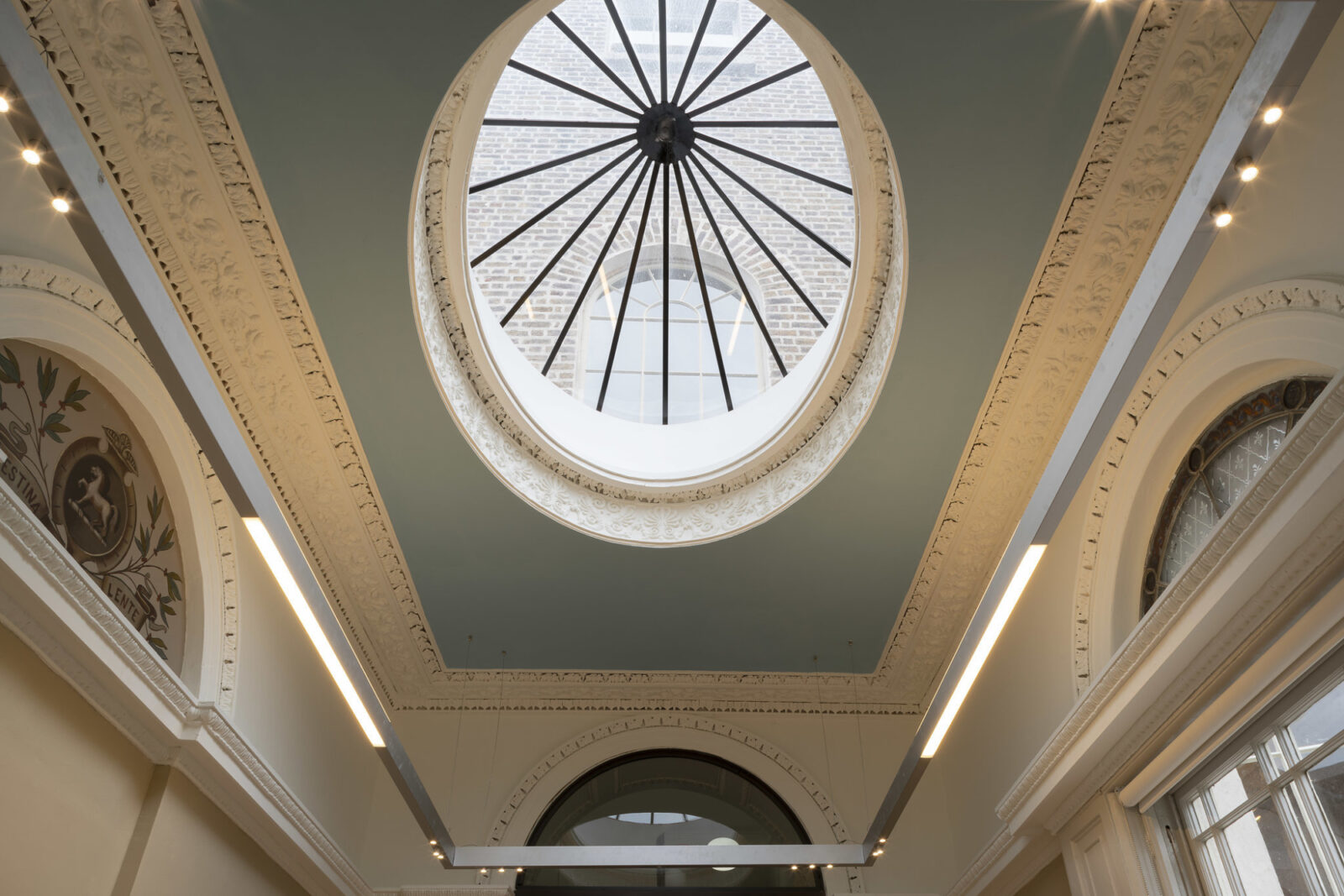 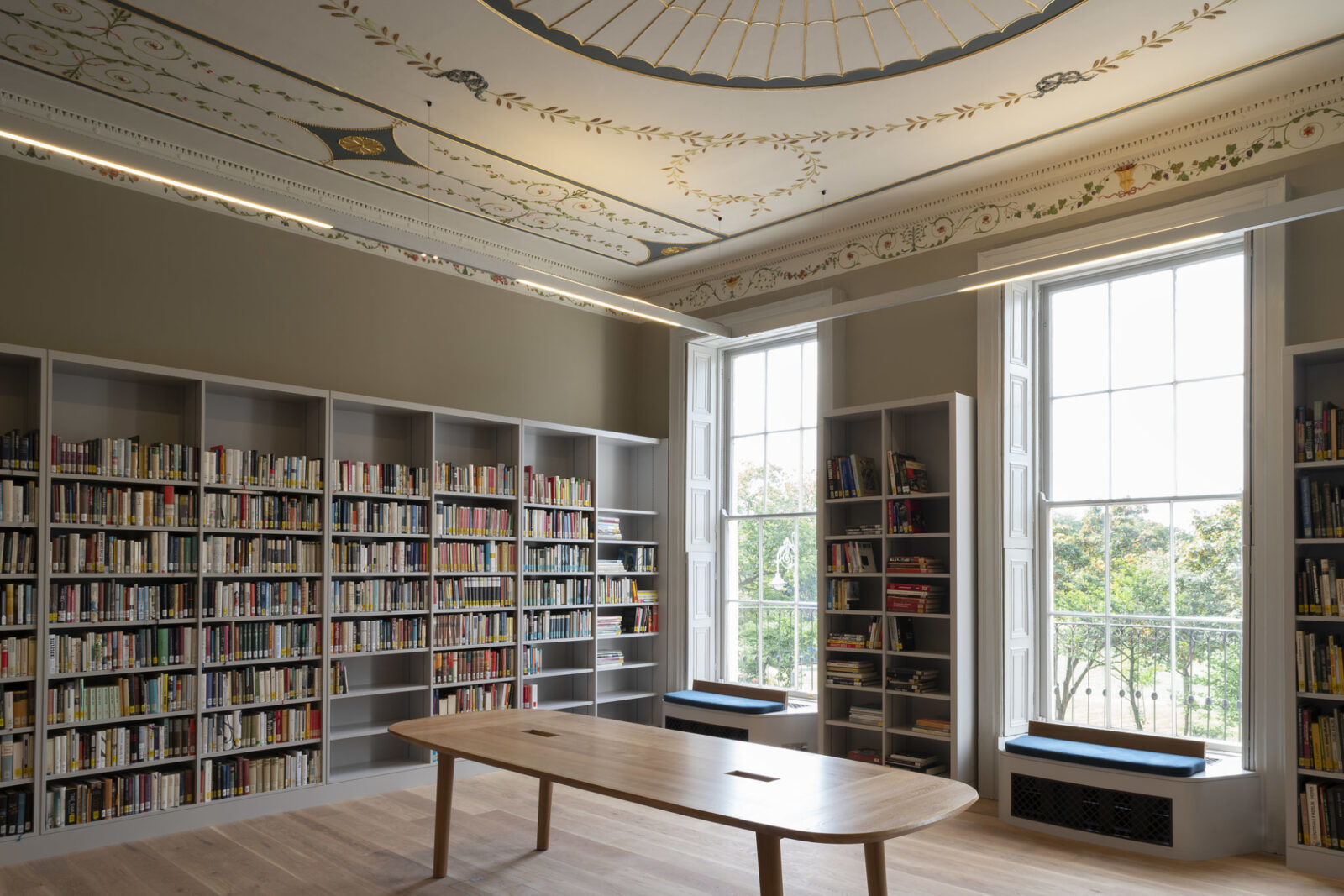 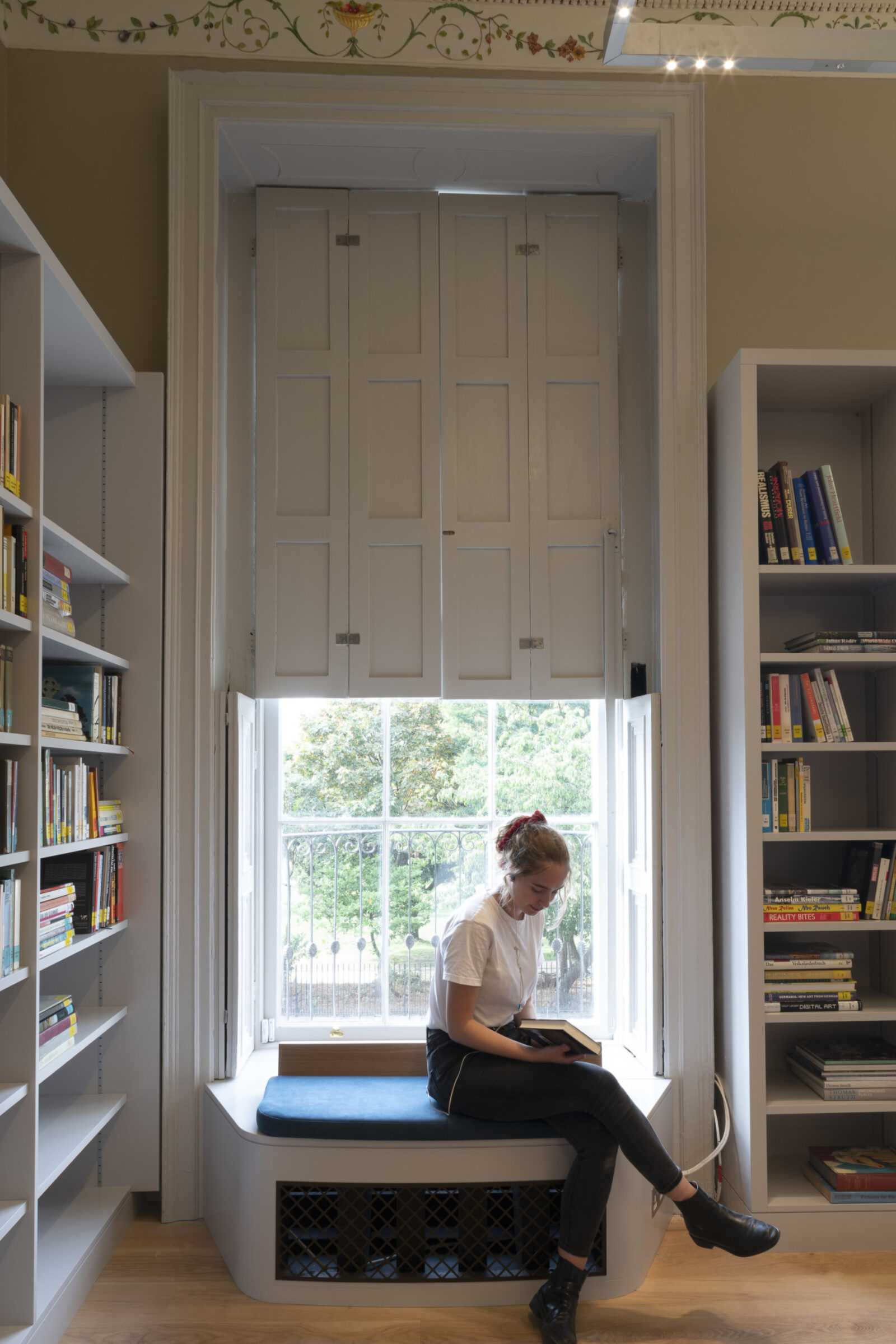 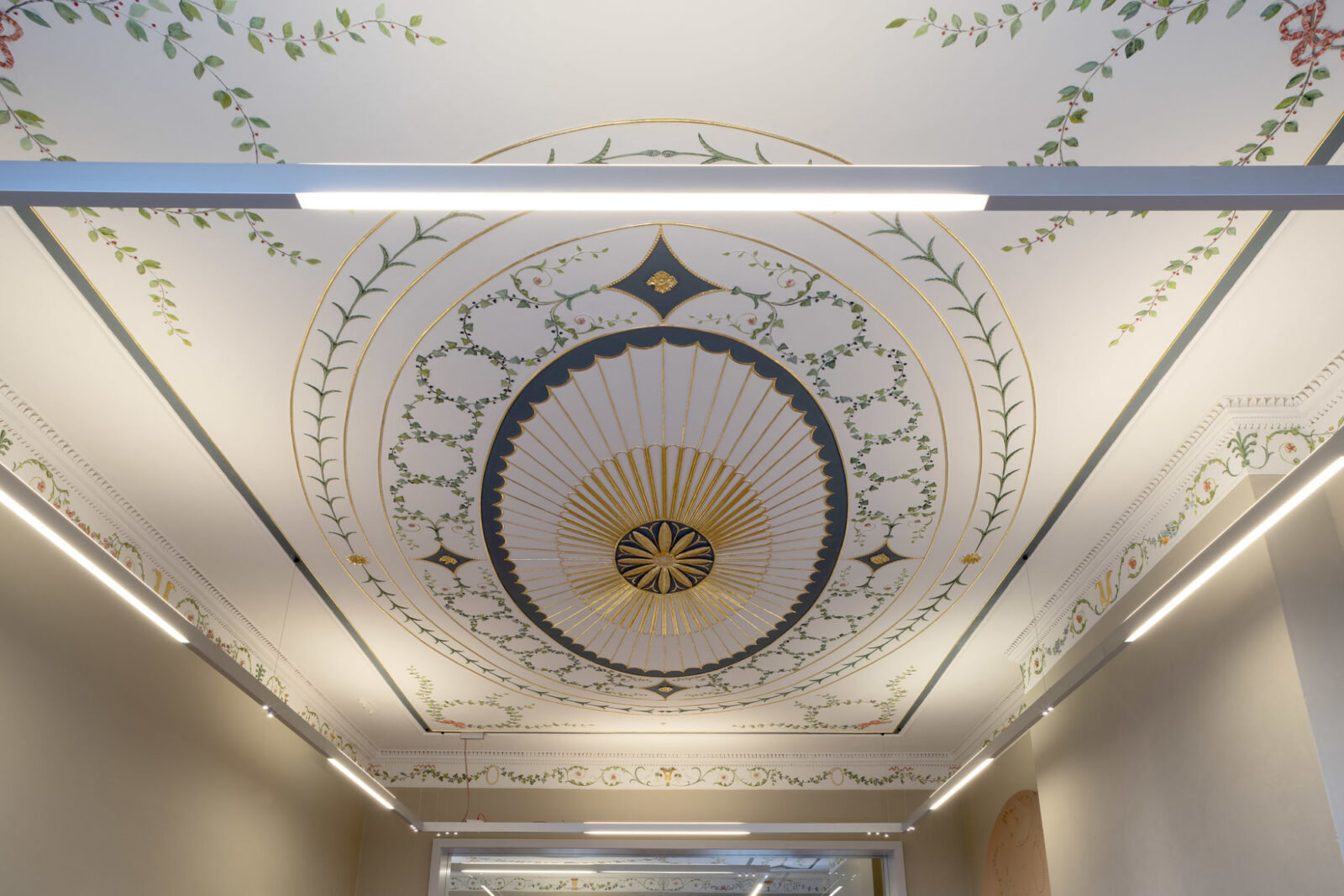 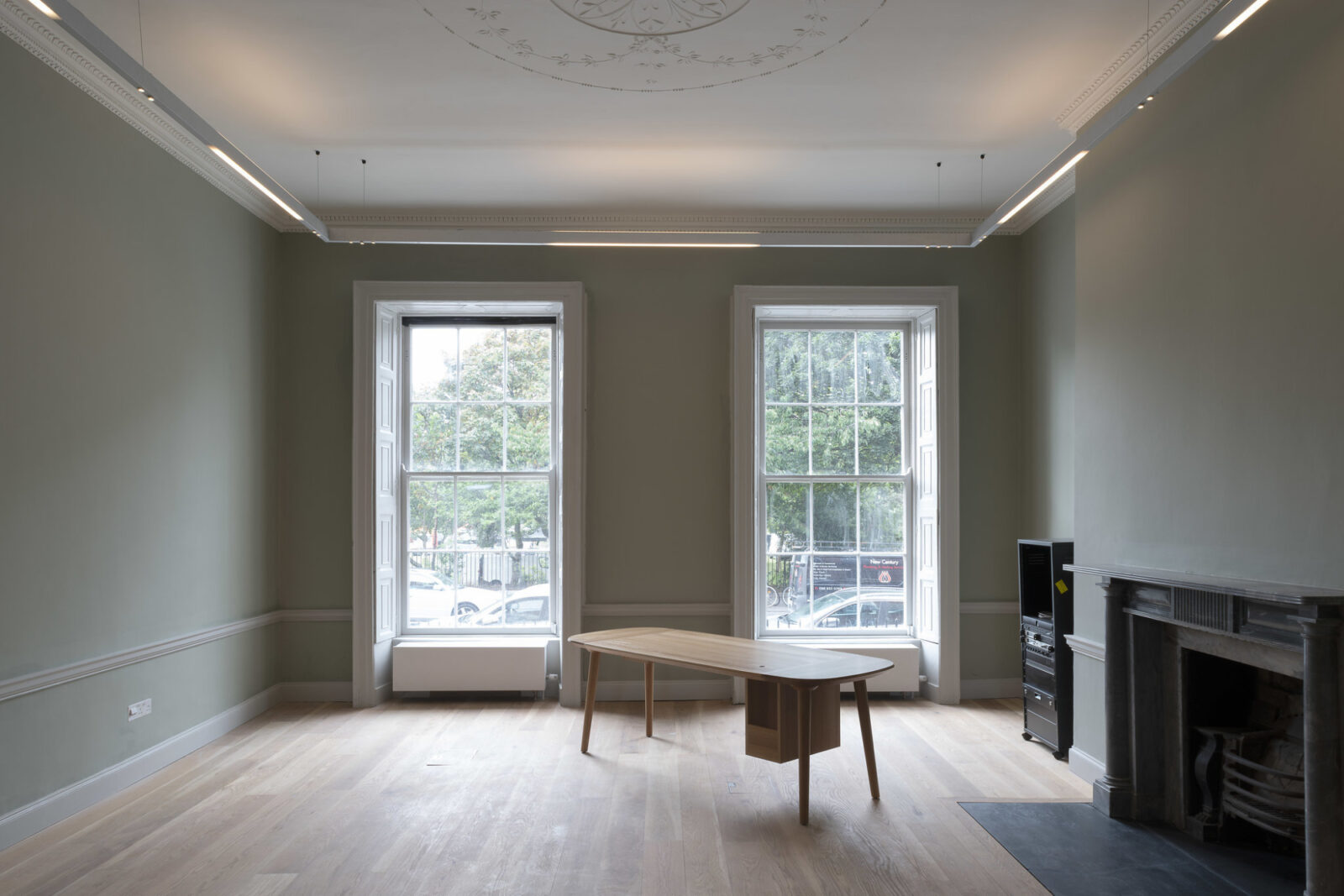 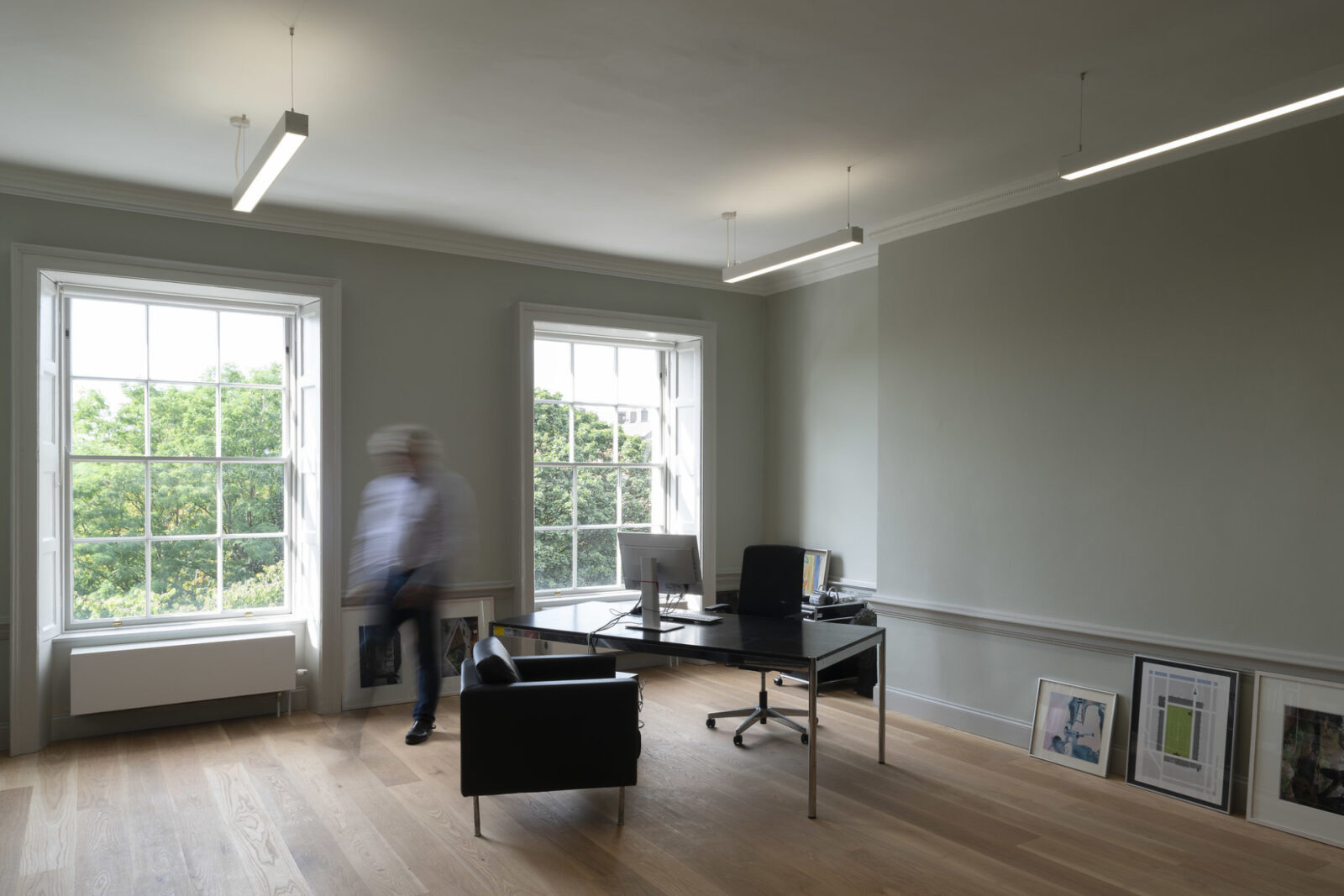 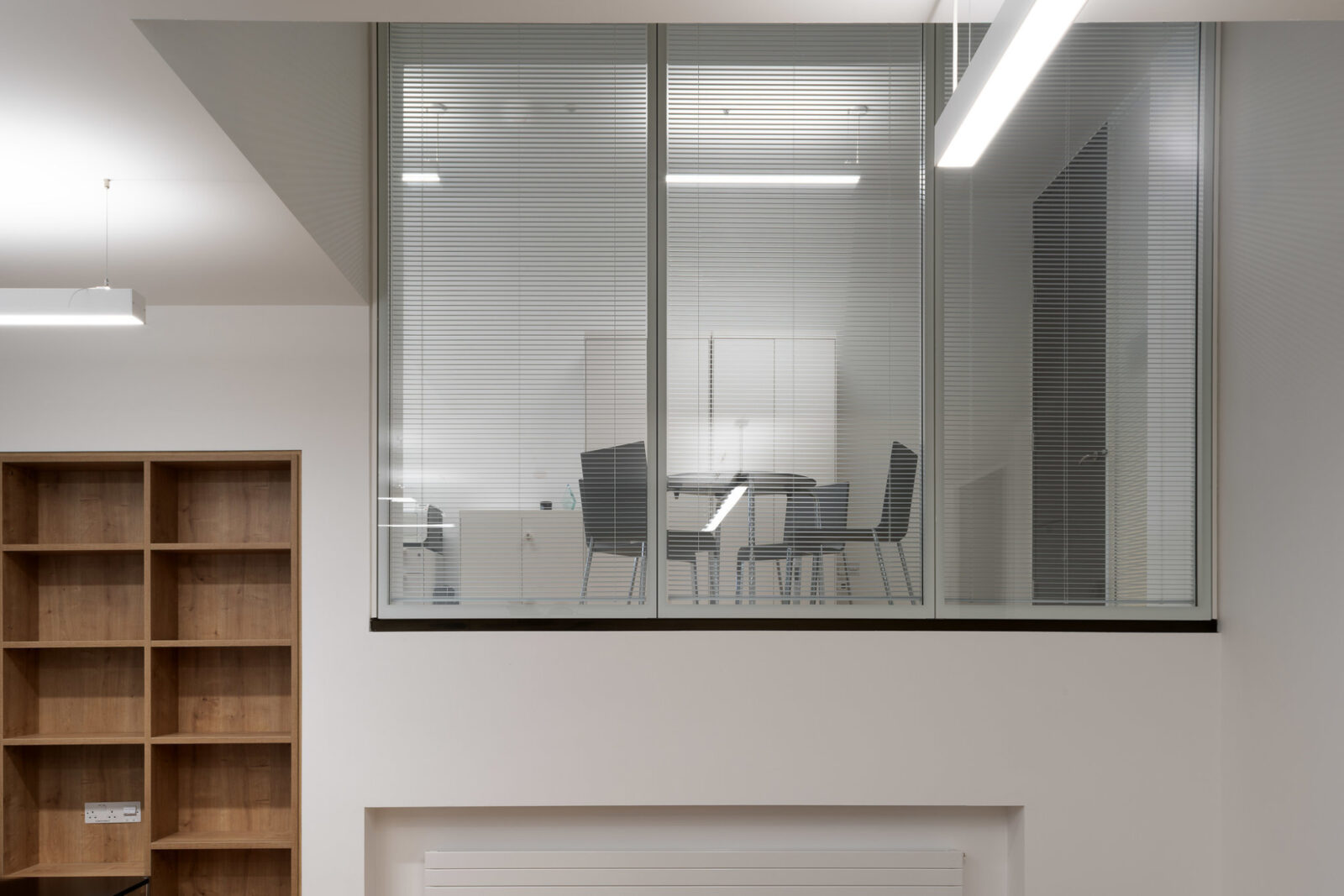 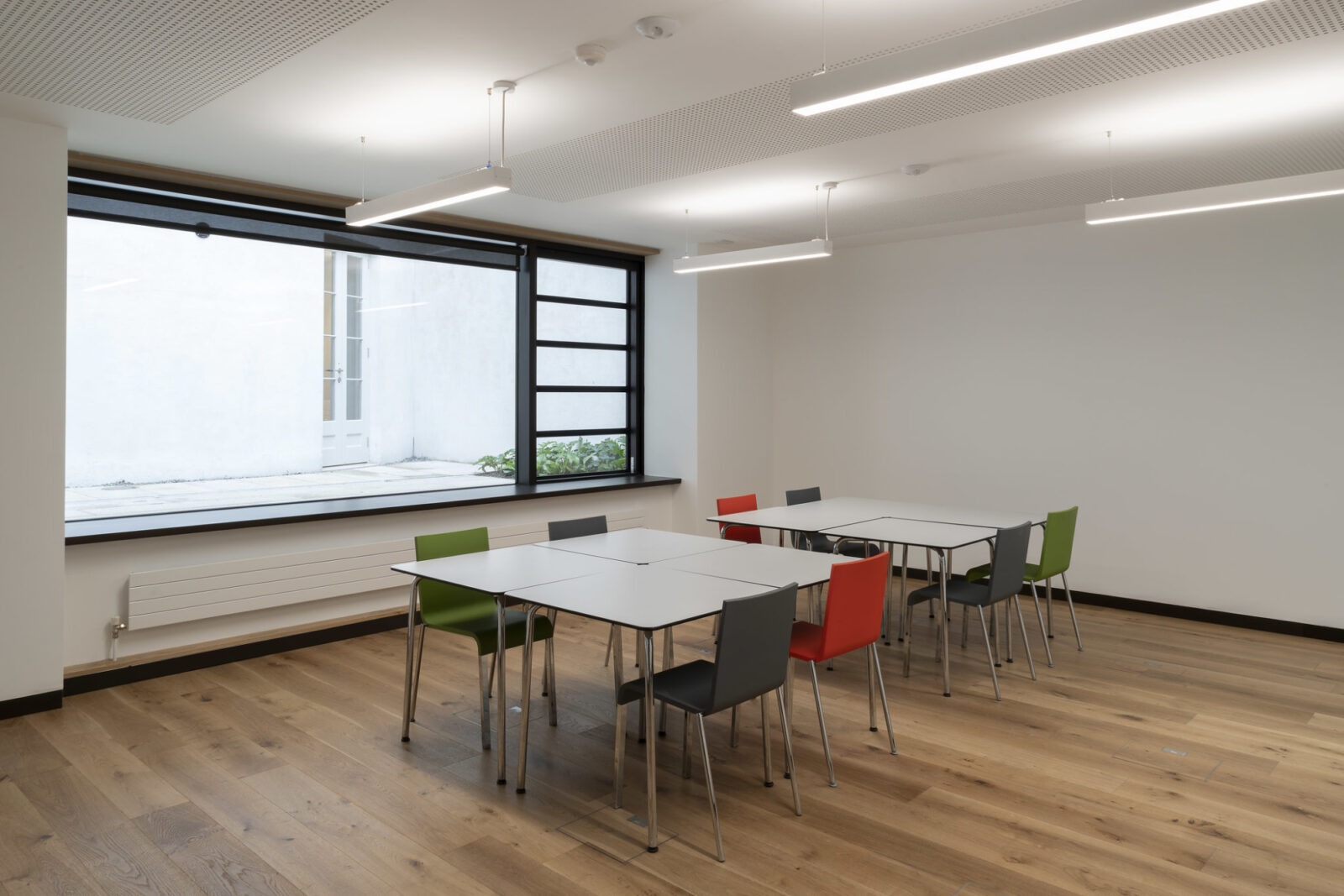 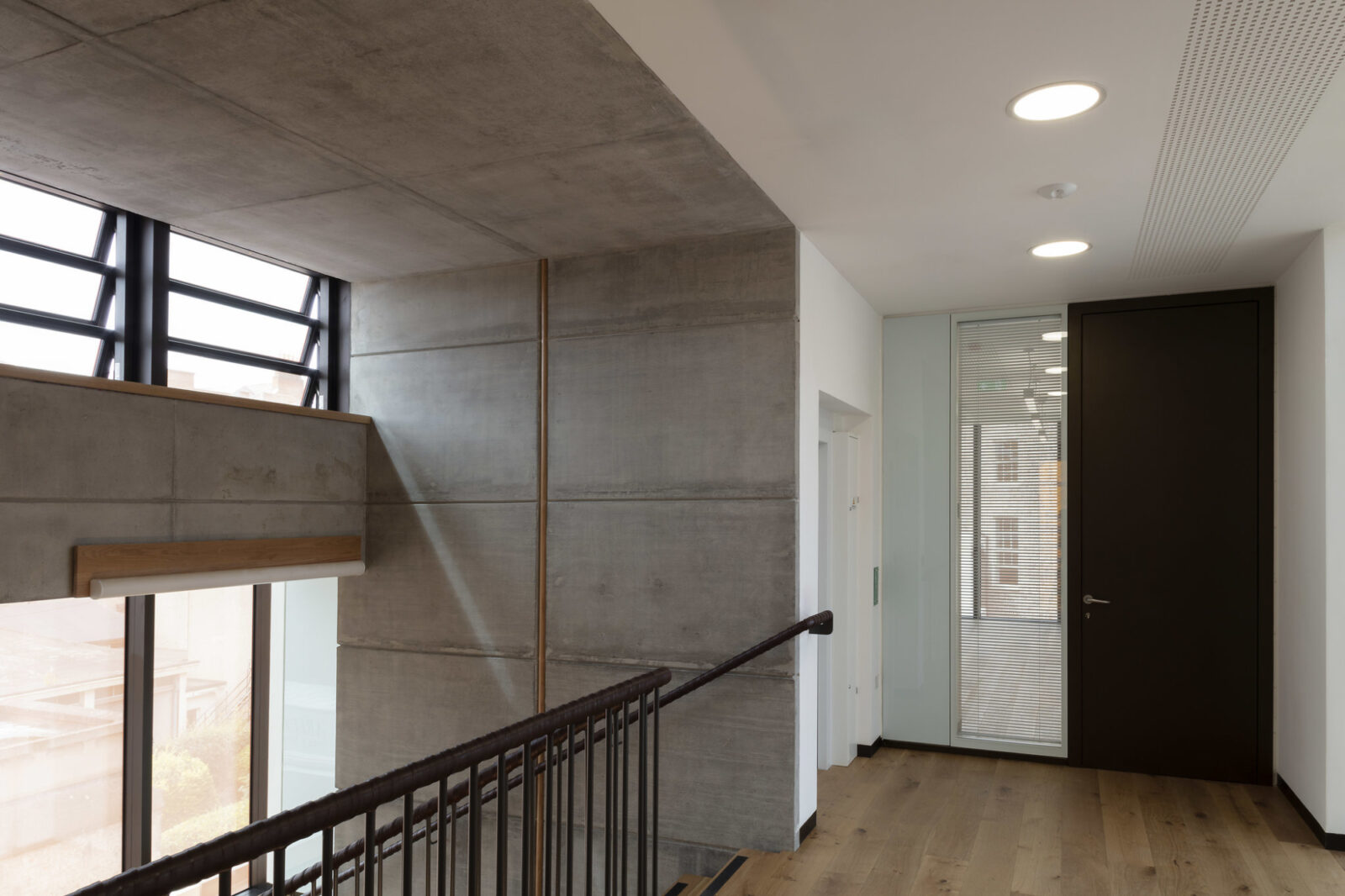 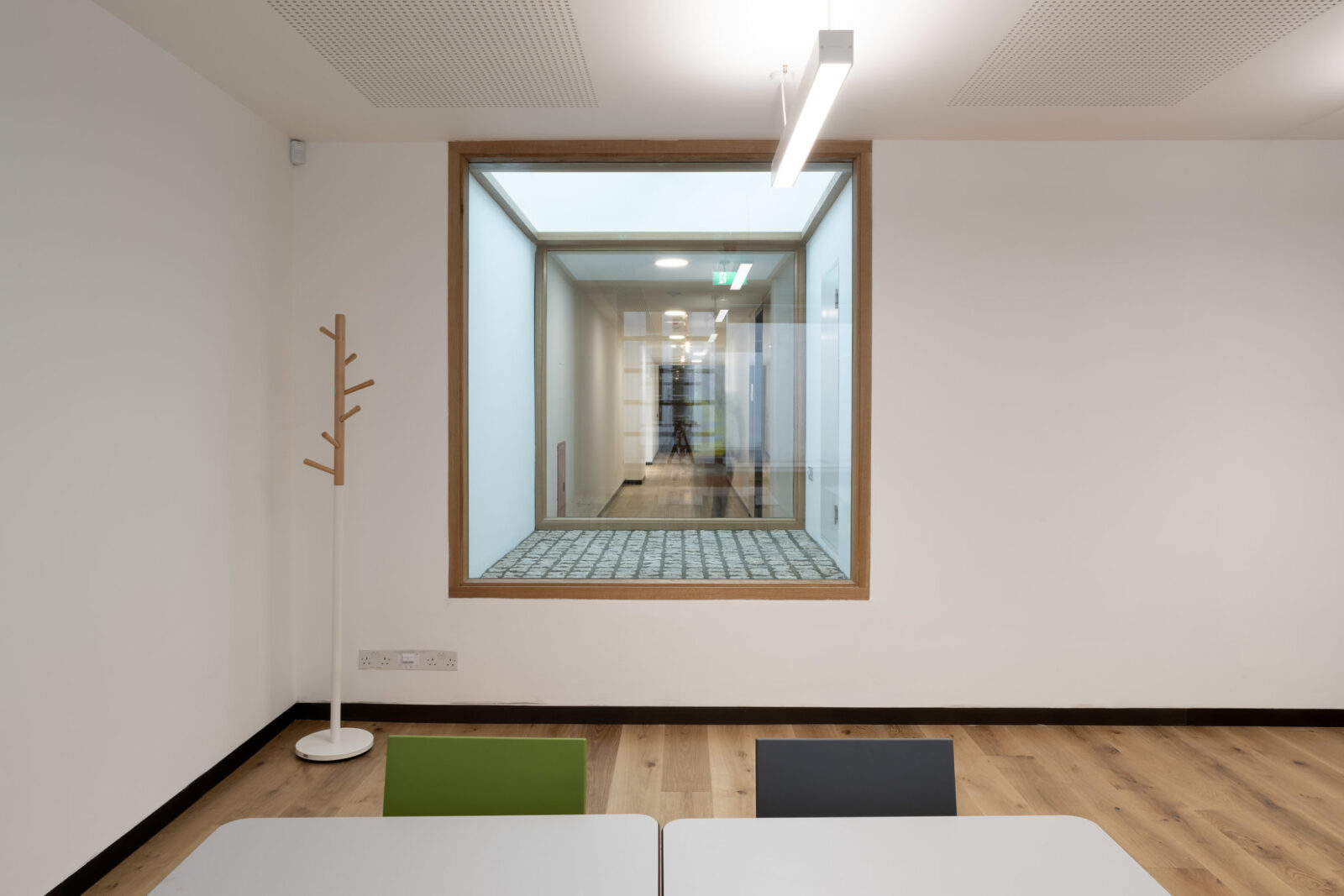 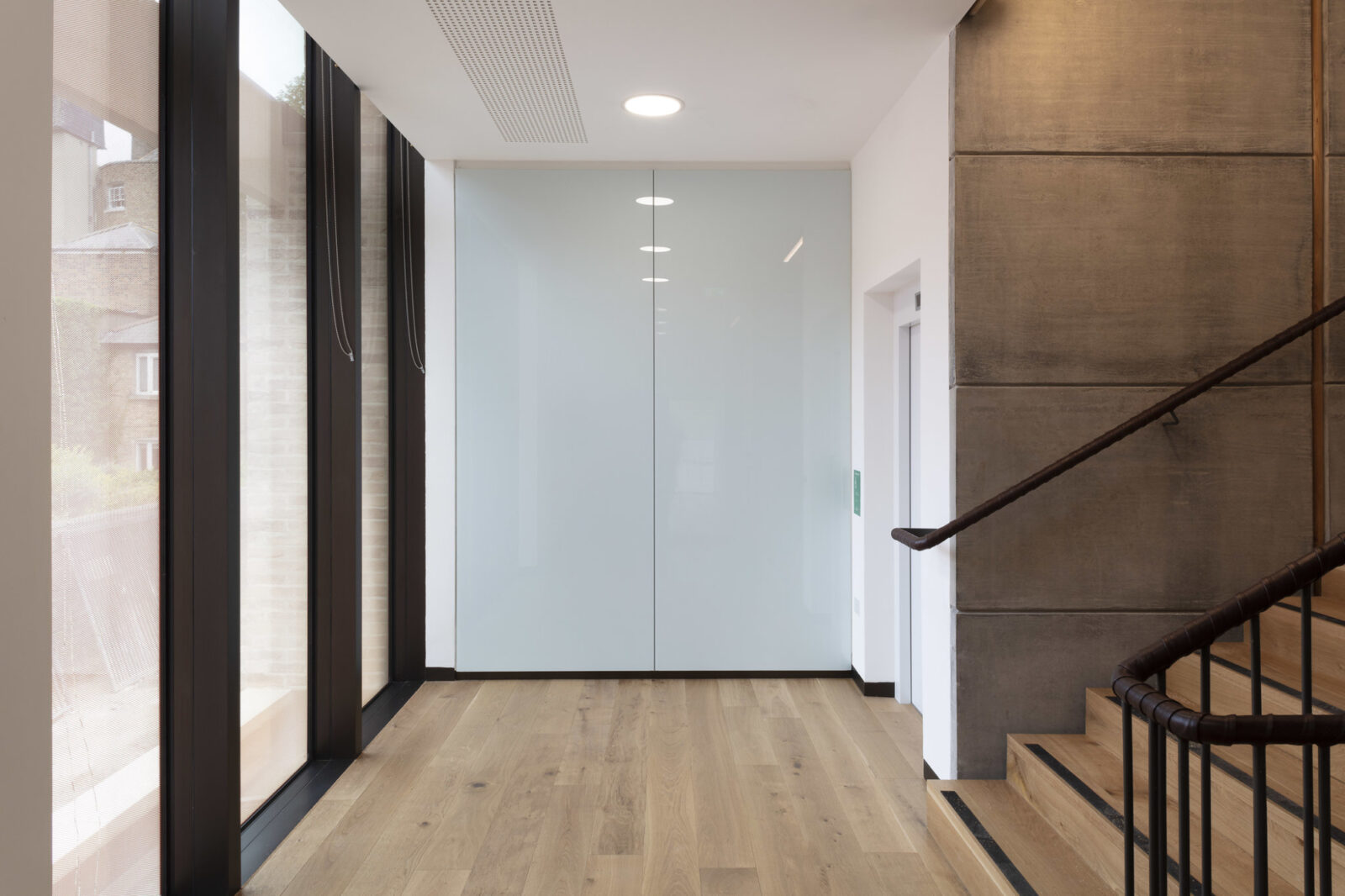