This 52 bed hotel will replace a three storey nightclub at this location on the edge of Georgian Dublin. From the beginning; the choice of external finishes was identified as critical to how a building could be designed to be sensitive to this setting. Being within the Georgian core, the use of brick as the predominant façade material was established early as a project priority – but what type of brickwork to use? While we often refer to Georgian Dublin as being a red brick city; in fact, much of Georgian Dublin was built of poor quality yellow or brown brick to which red pigmented render was applied. To this was further applied an artificially pronounced joint by the process of ‘wigging’ or ‘tuck’ pointing. Much of this façade finish has been lost over the twentieth century, when it became common to re-point the facades with sand and cement render.

In recent years, it had become the norm to assume that a dark brown or red-brown brick would be a suitable choice for new-build construction in the vicinity of Georgian Dublin. Often a modern machined brick of homogenous colour and square edge has been used with a recessed sand/cement joint and large silicone jointing where movement joints were required by the modern construction behind.

For the new hotel; we propose to use technology closer to the original historical technology by applying a natural lime render and mortar to stock brick for the facade. However, different to wigging or tuck pointing we proposed not to express the joint. This ‘slurry’ render on a stock brick has texture and variation of tone and will age beautifully. We have proposed a ‘Portland Stone’ colour tone for this render which would not be an uncommon colour for public building in Georgian Dublin. For further articulation, we have added re-constituted stone horizontal banding in a colour to match the brickwork. These materials will contrast subtly by texture, not by colour, to create a richly nuanced façade that will age well in the Irish climate. The brick façade has been carefully proportioned, paying due regard to certain principles common in Georgian houses. The detailing of the glazing to individual bedrooms allows for a large fixed window with a concealed opening vent section to the side. 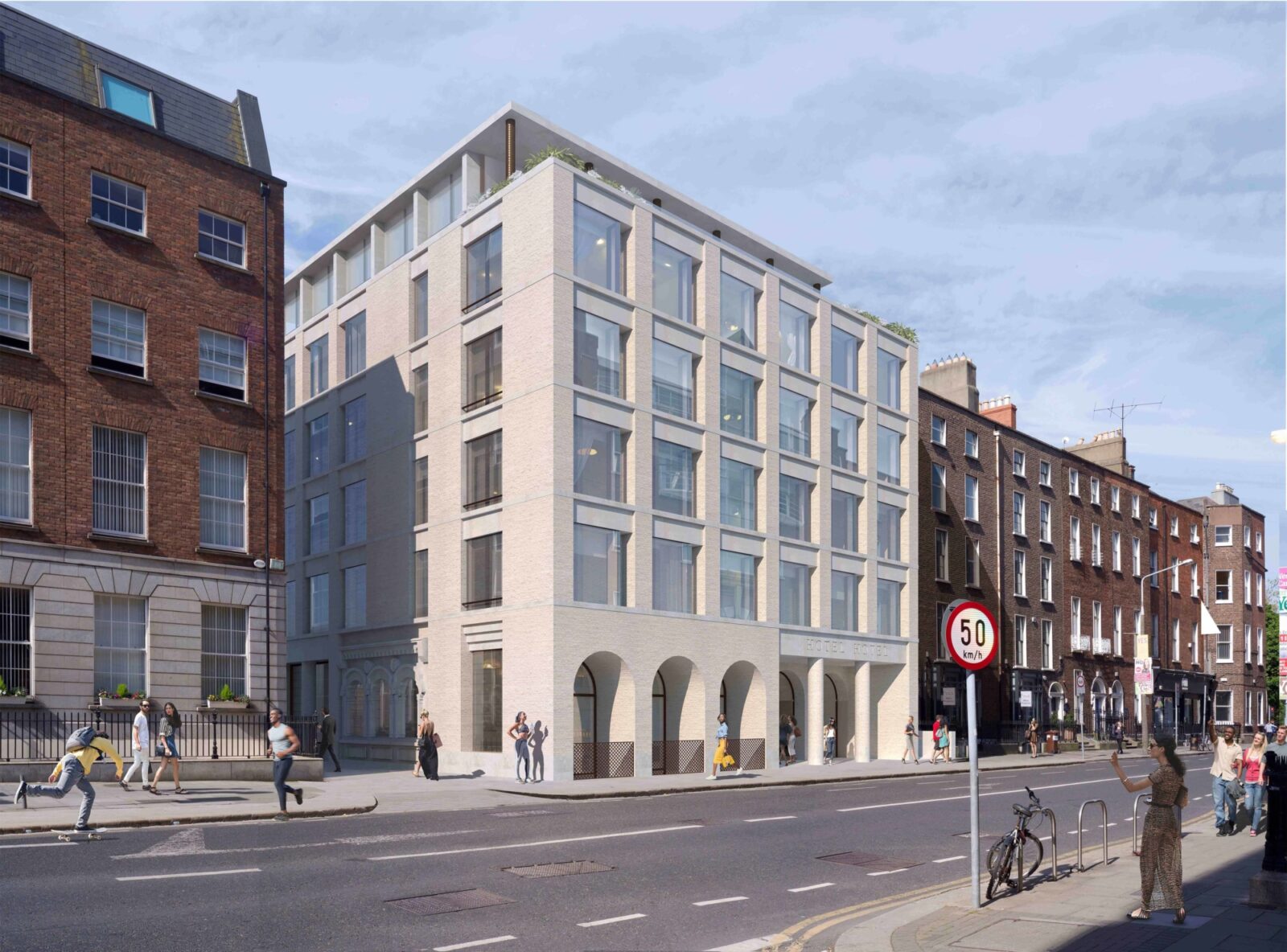 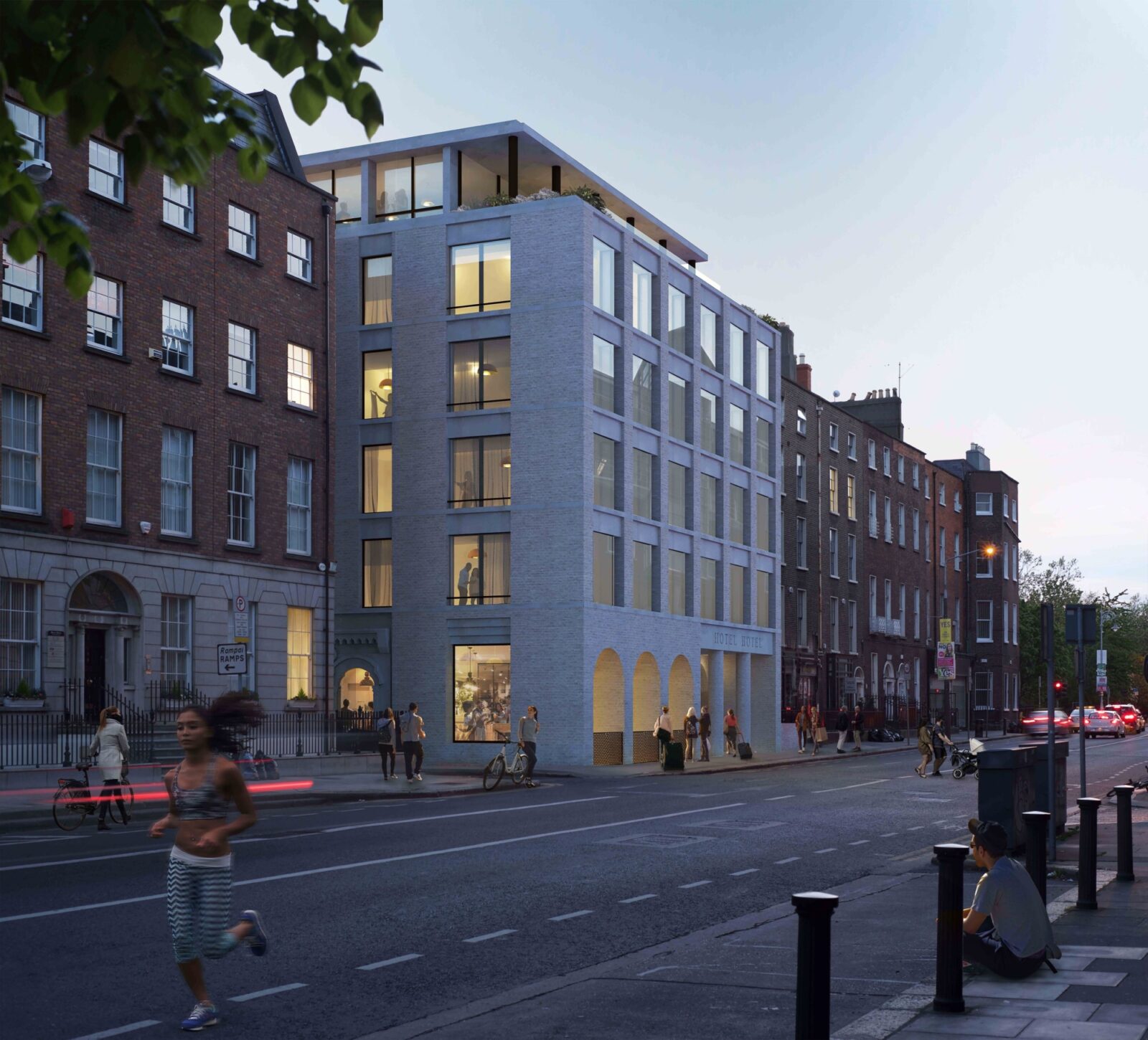 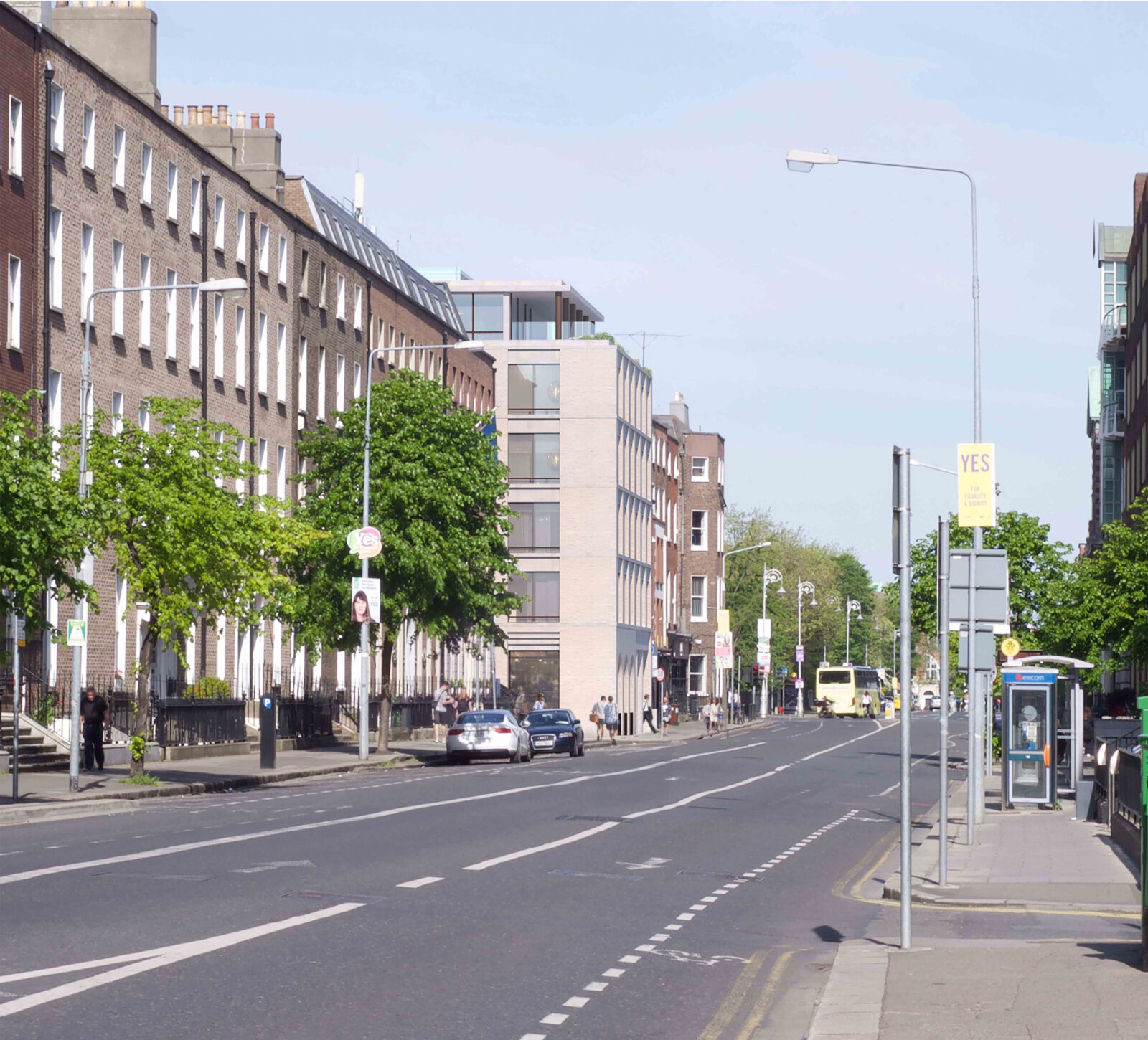 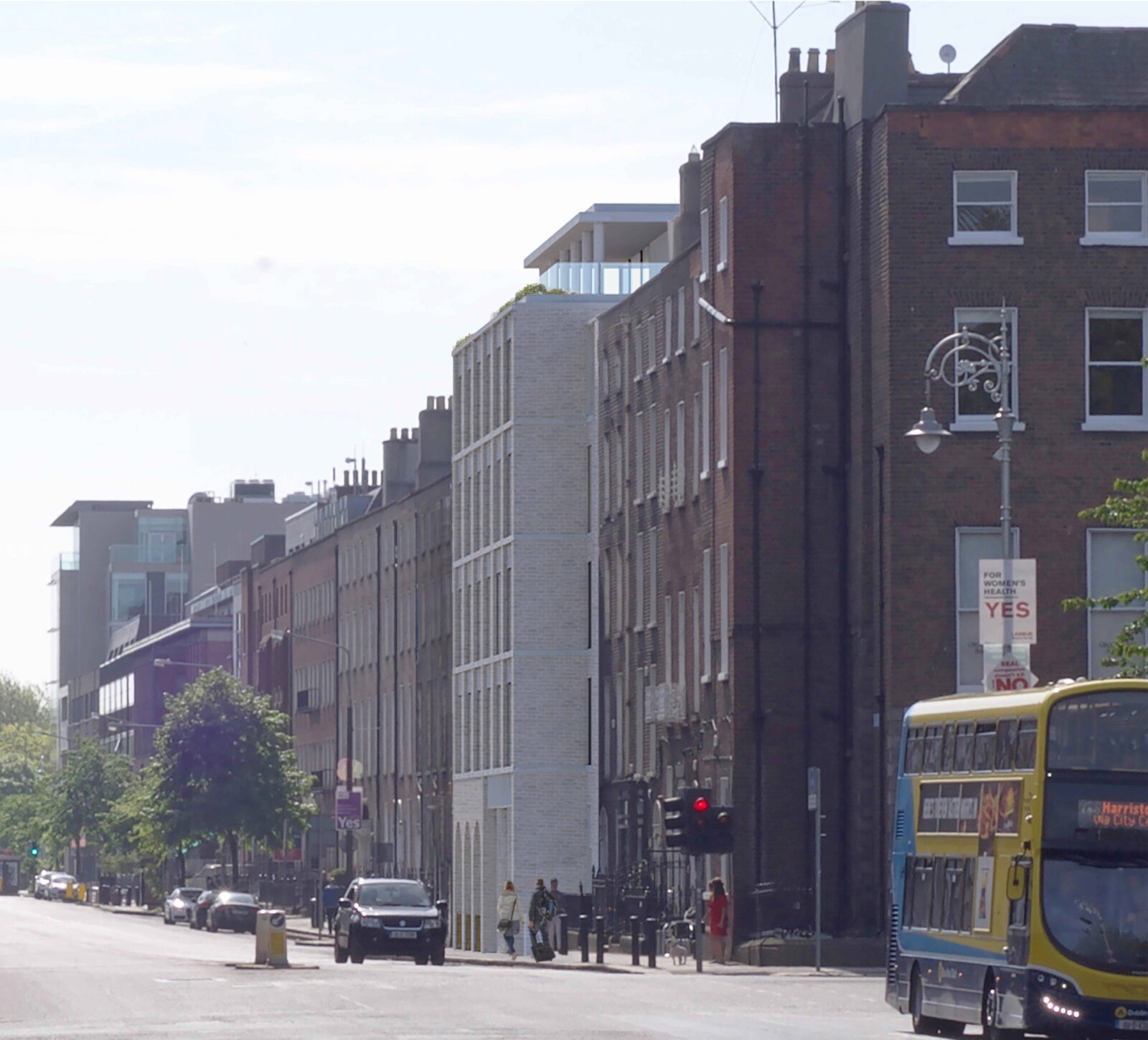 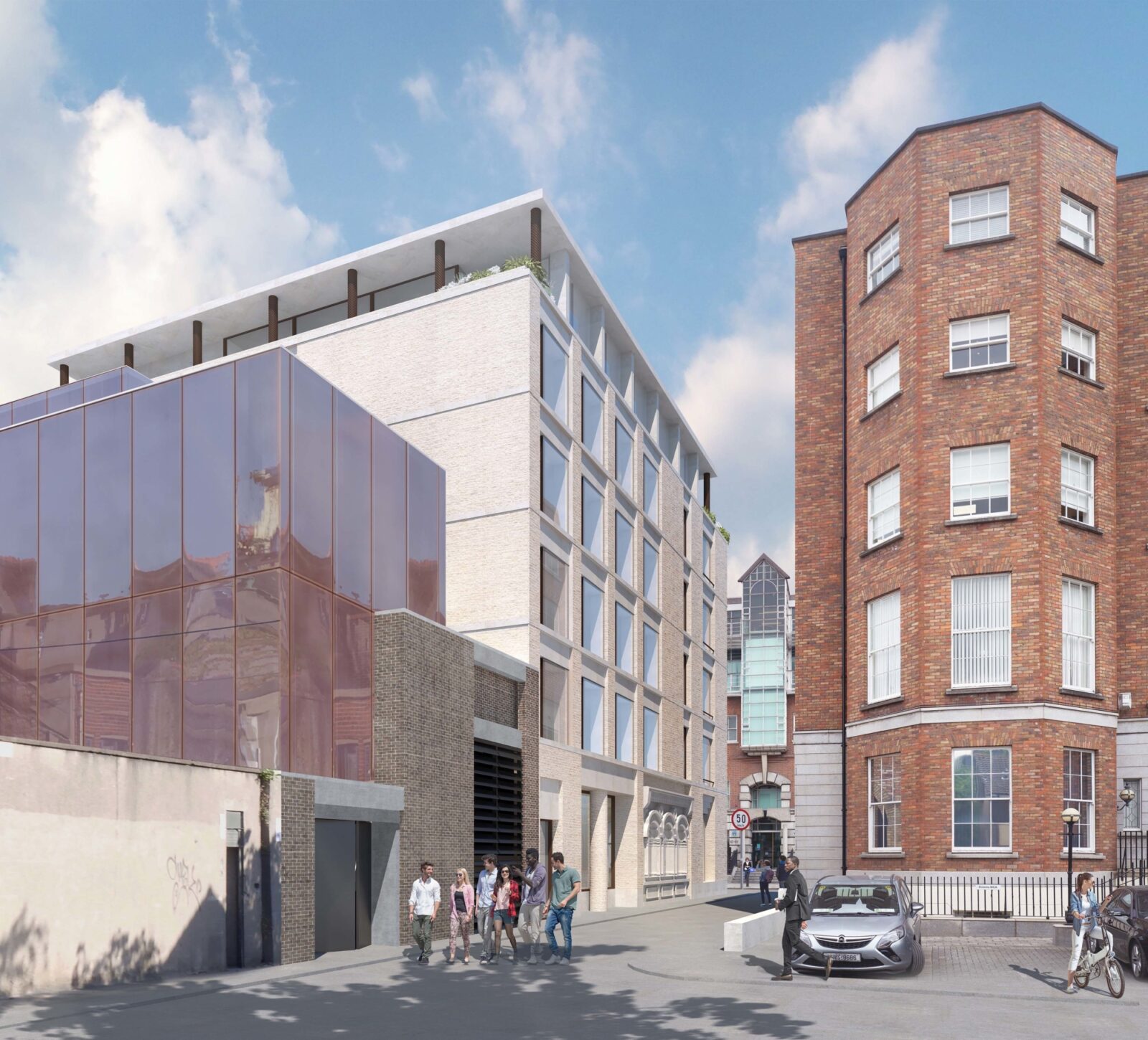 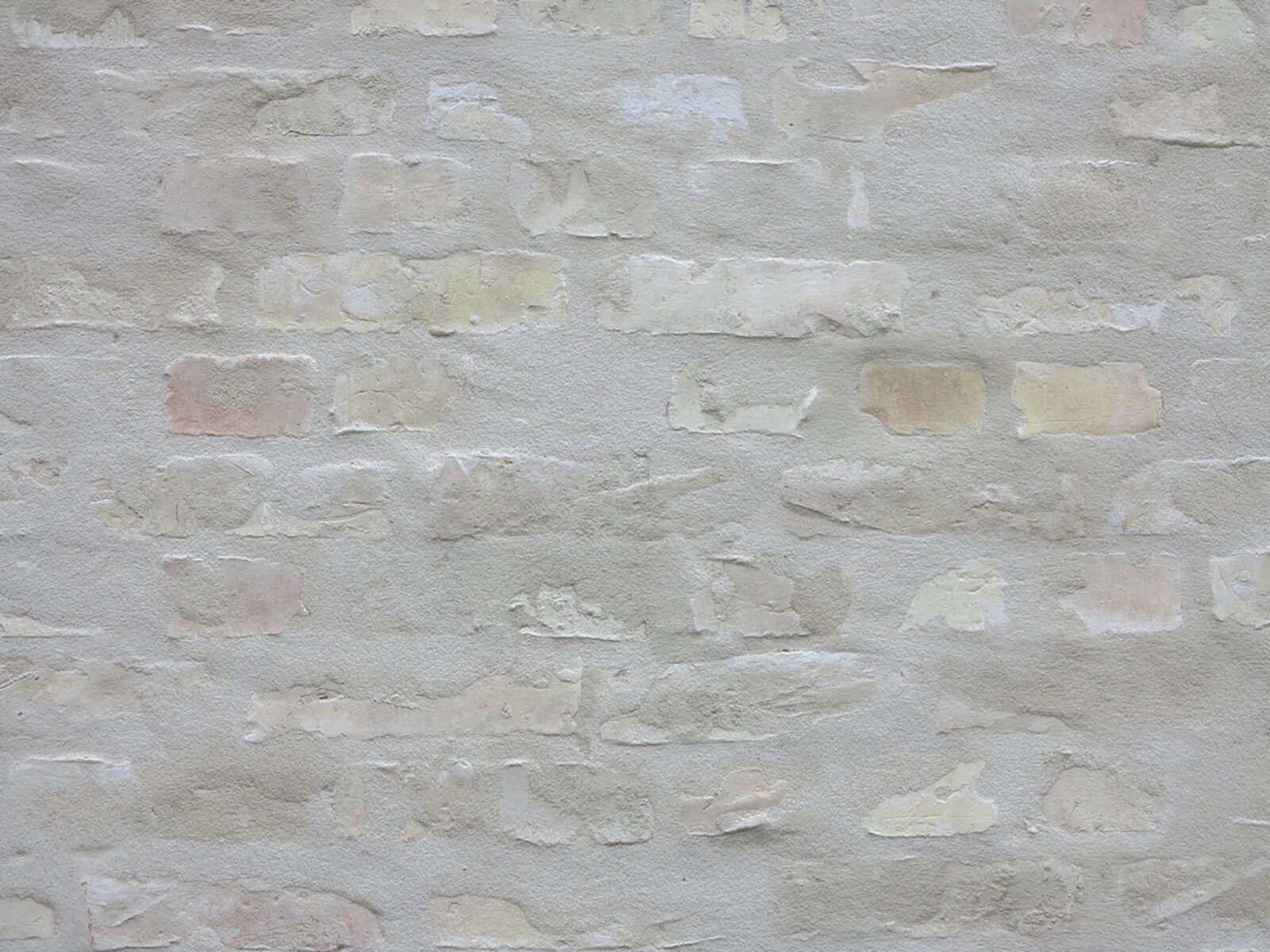