‘God is dead’ announced the philosopher before going on to abolish himself. Envious contemporaries who smeared Nietzsche with the mark of madness came closer than they knew in characterizing a philosopher in whose thought ambivalence approximated to disintegration of the self.

Yet while the 19th Century’s coherent consistent systems of certainty would come crashing down at the first touch of the twentieth, Nietzsche’s disjointed discourse survives.

Today his work seems more contemporary than ever, his various voices speaking compellingly to an age for which paradox is truth, plurality is consistency, and fragmentation is integrity. It is however precisely this fragmentary quality that has repeatedly allowed people to re-invent Nietzsche to their own purpose.

This competition entry is for an extension to the Nietzsche Archive in Naumburg, housed in Nietzsche’s mother’s house, where both his mother and sister nursed the philosopher after his final collapse in 1889. People least acquainted with philosophy are still familiar with the name Nietzsche. Indeed, this is the problem which the Nietzsche Archive is trying to address; because of the particular quotable nature of much of Nietzsche’s writing he has been used to support arguments that he would have abhorred in real life. Much of the work of the archive is to return study to the original documentation.

Our proposal for the additional accommodation required to continue this work was for a simple concrete box, two storeys over basement. The plan form ignores existing plot divisions but strengthens an unclear street corner and creates a garden to join the two houses on Weingartenstrasse now used by the archive. 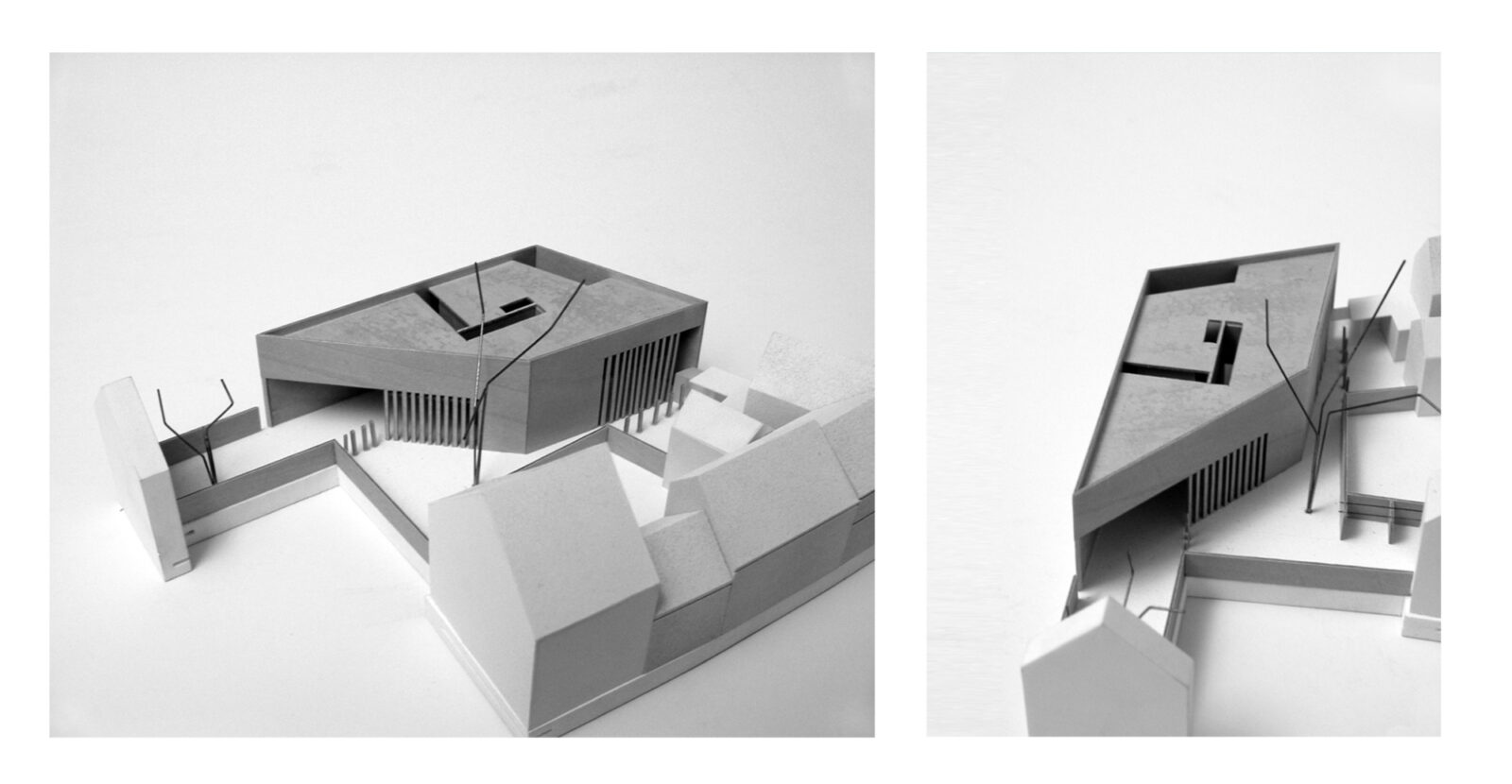