The scheme for 200 apartments will complete one of the few remaining blocks of the new city quarter of Munich-Riem. The accommodation is arranged around an enclosed shared garden from which most of the individual apartments are to be accessed. Commercial units are arranged on the ground floor on the southern side where the block has been kinked back to create a public space.

The northern edge of the building consists of smaller single aspect apartments with deck access on the northern façade – in response to the noisy Willy-Brandt-Allee adjacent. Larger double-aspect family accommodation is arranged on the southern façade overlooking the public space beneath. To the east a nine story block of student housing signals the U-Bahn station exit beneath.

The building is to be constructed to EnEV 2009 energy standard and is connected to the district heating system. HRA won an invited design competition in 2014 and were subsequently commissioned to develop their scheme for construction. 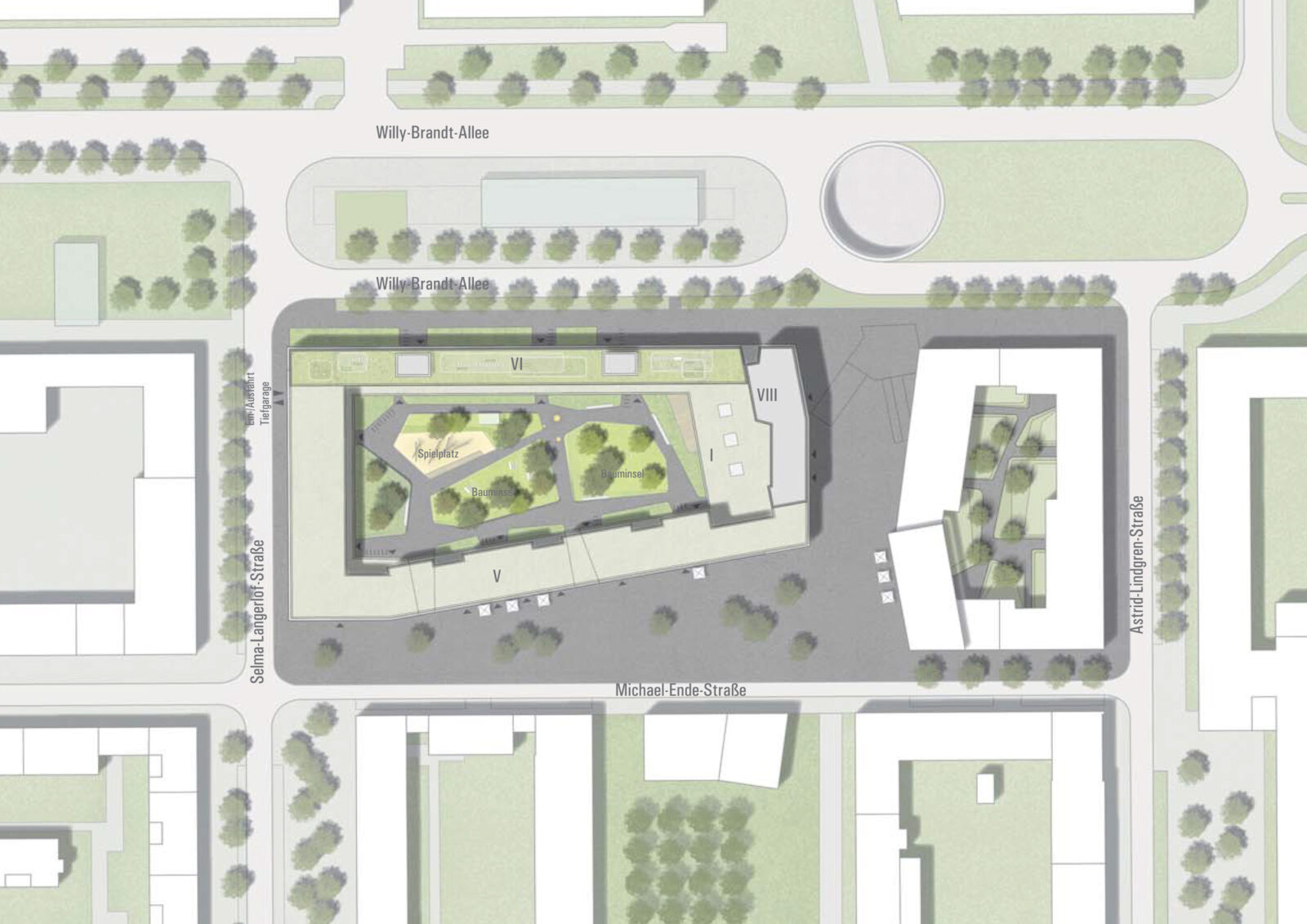 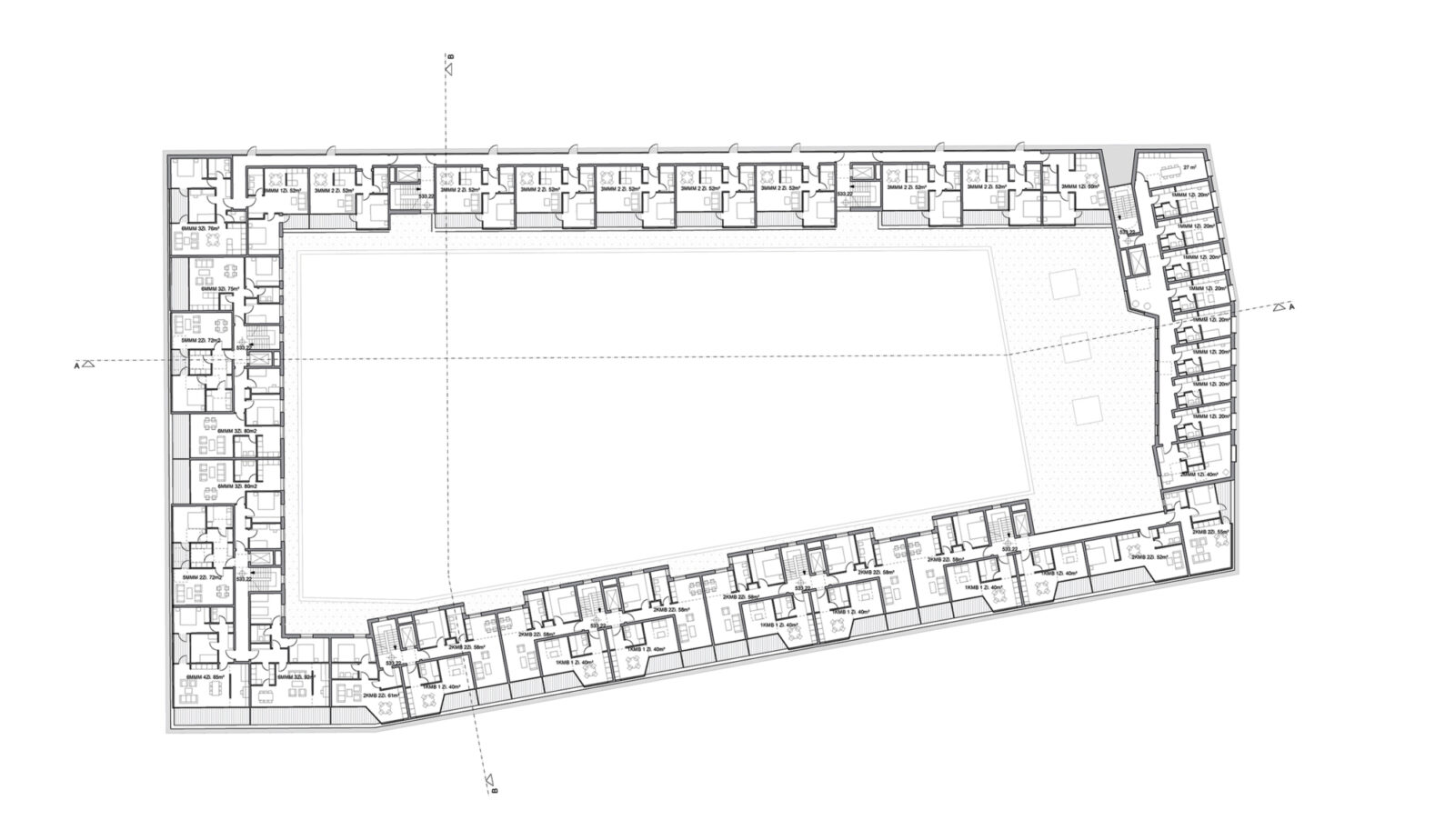 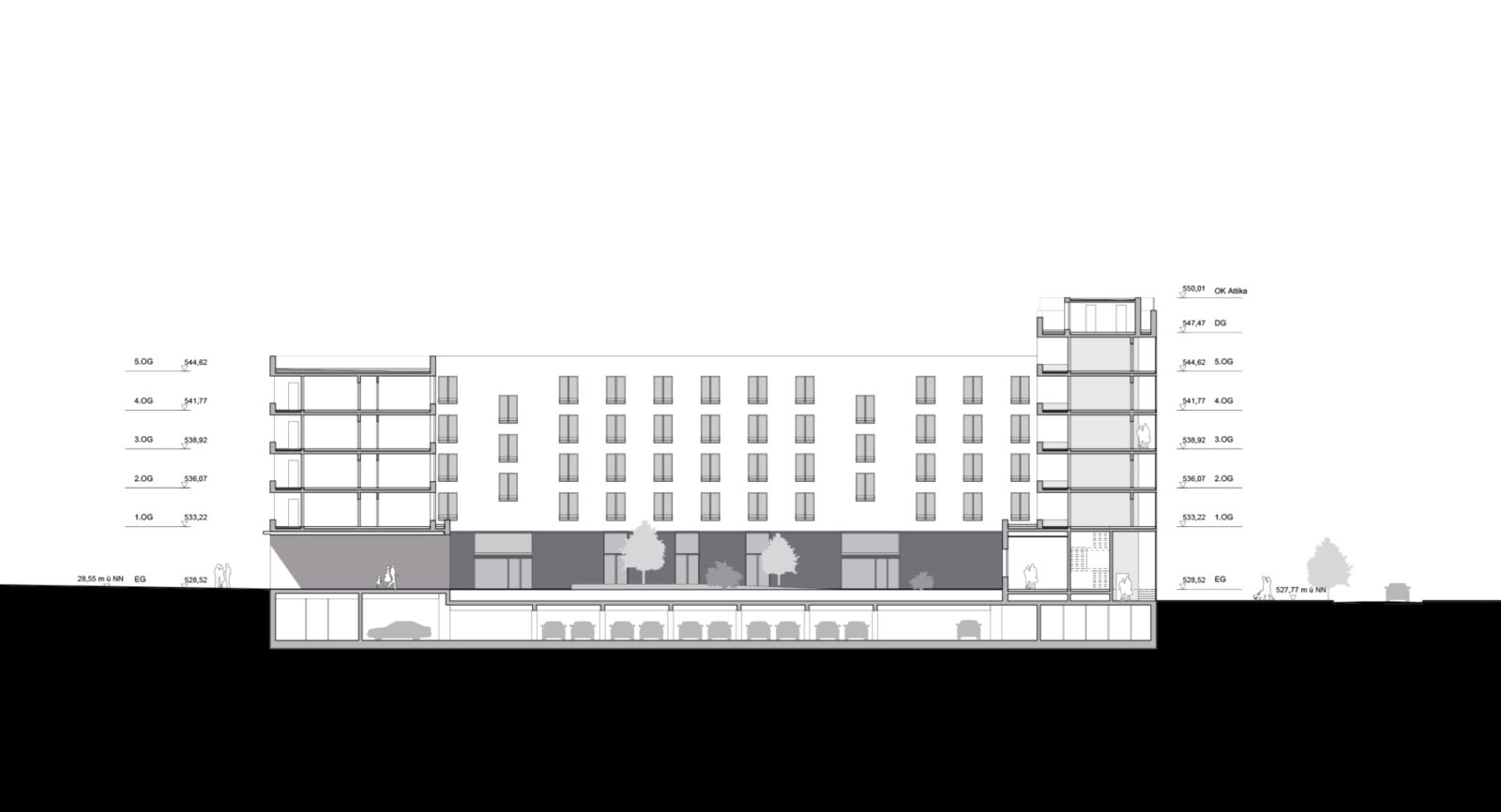 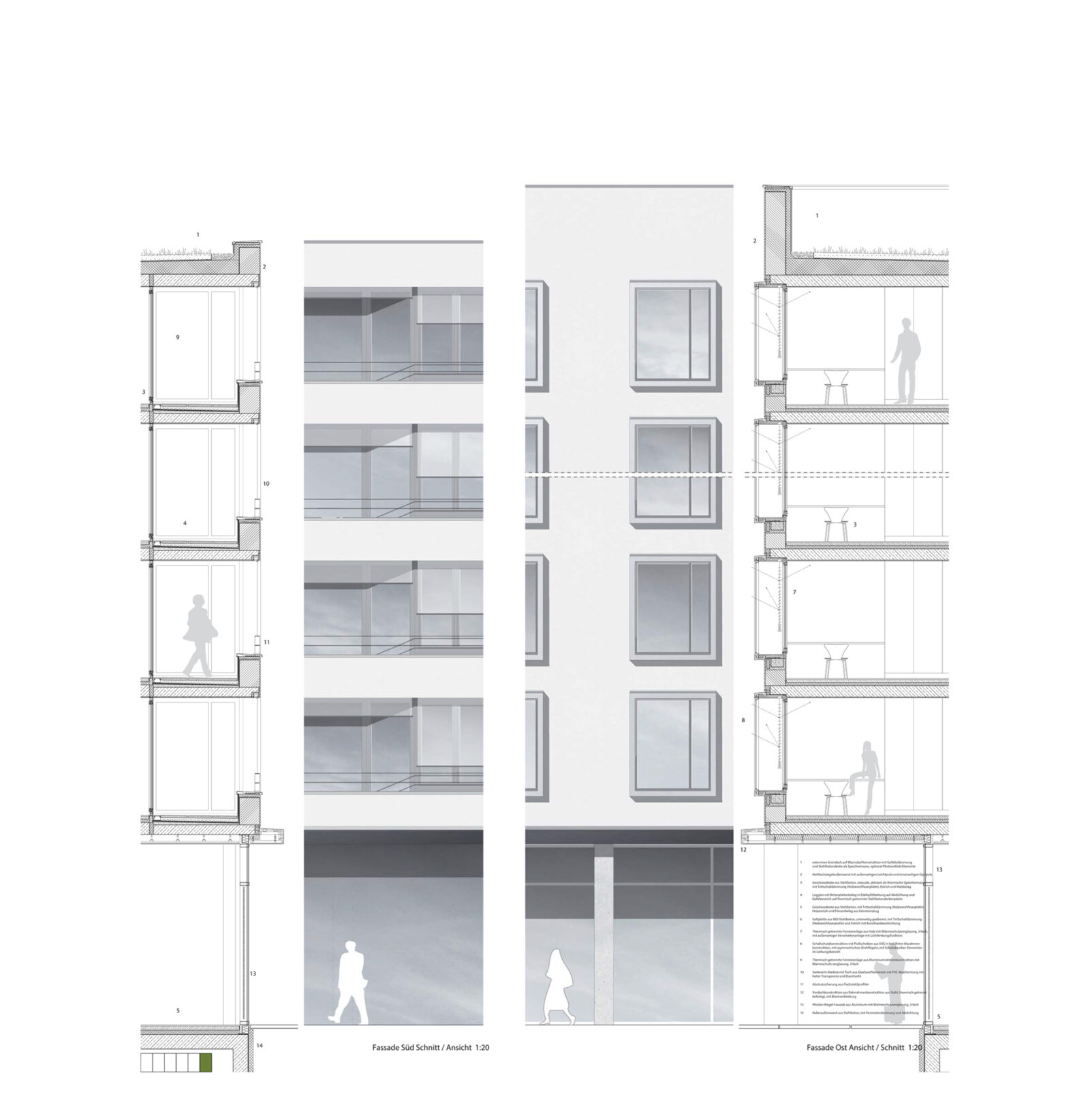