This construction project re-develops the inner-city block between Sandstrasse, Dachauerstrasse and Nymphenburgerstrasse, an area to the northwest of the Munich City centre characterised by a number of large breweries. Some brewery halls still remain on the southern section of the site and the project incorporates some protected underground beer-cellars.

A masterplan by Steidle Architekten prescribed a precise building outline and fixed the main circulation cores before the Irish/German JV client held a design competition for individual apartment houses in 2007. The masterplan creates a significant new urban space in the heart of the block with a hotel and office block to the south and individual houses of 8-14 apartments on the rest of the site, facing the main square and enjoying quieter residential courtyards to the north, east and west.

HRA’s competition entry proposed apartment houses with a folding perforated aluminium façade to the main courtyard side and brick to the rear.

HRA were subsequently commissioned to design 9 of the 24 apartment houses; the final design of these are more consistent with their neighbours with a stone plinth and render façade above. Construction was completed in 2014. 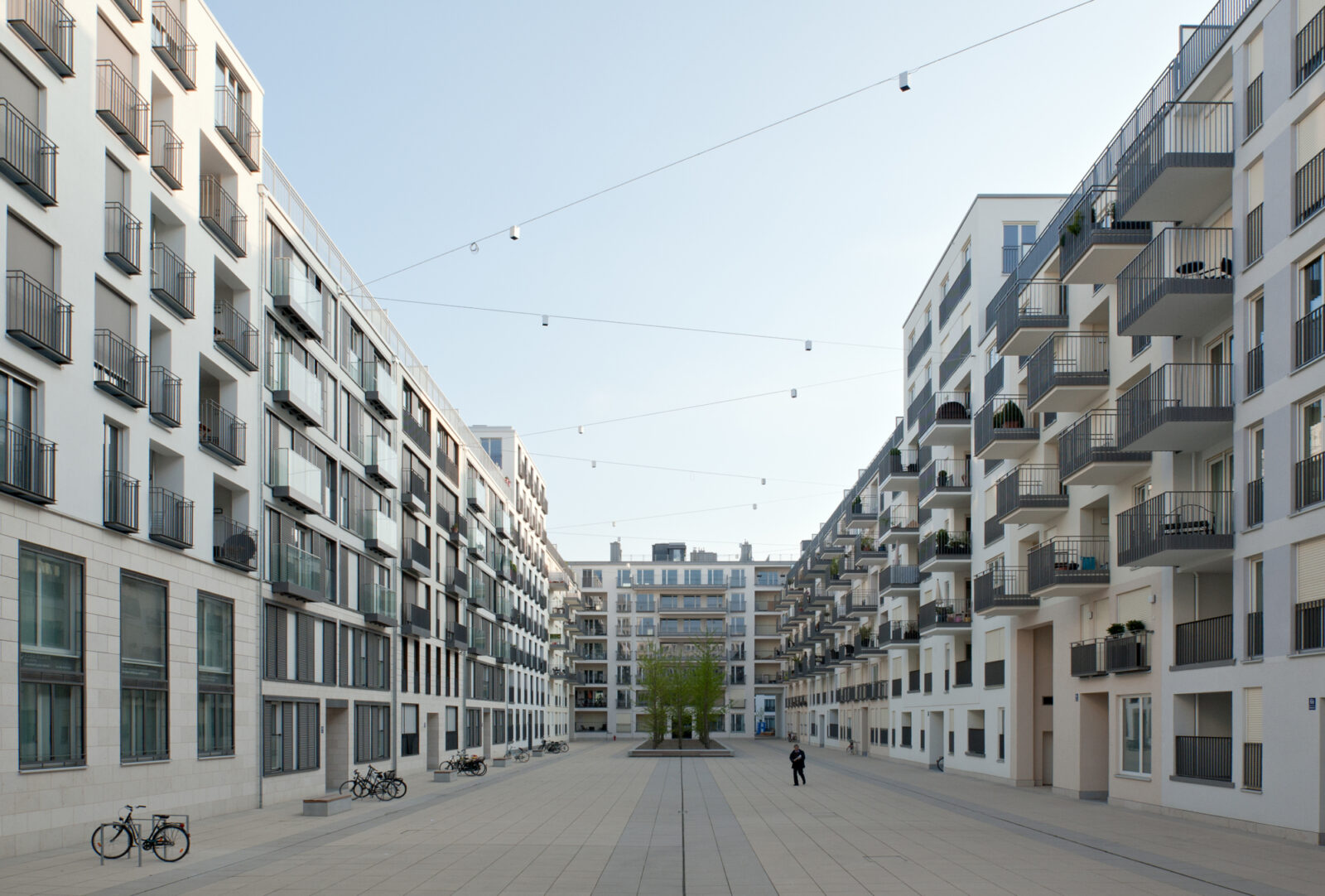 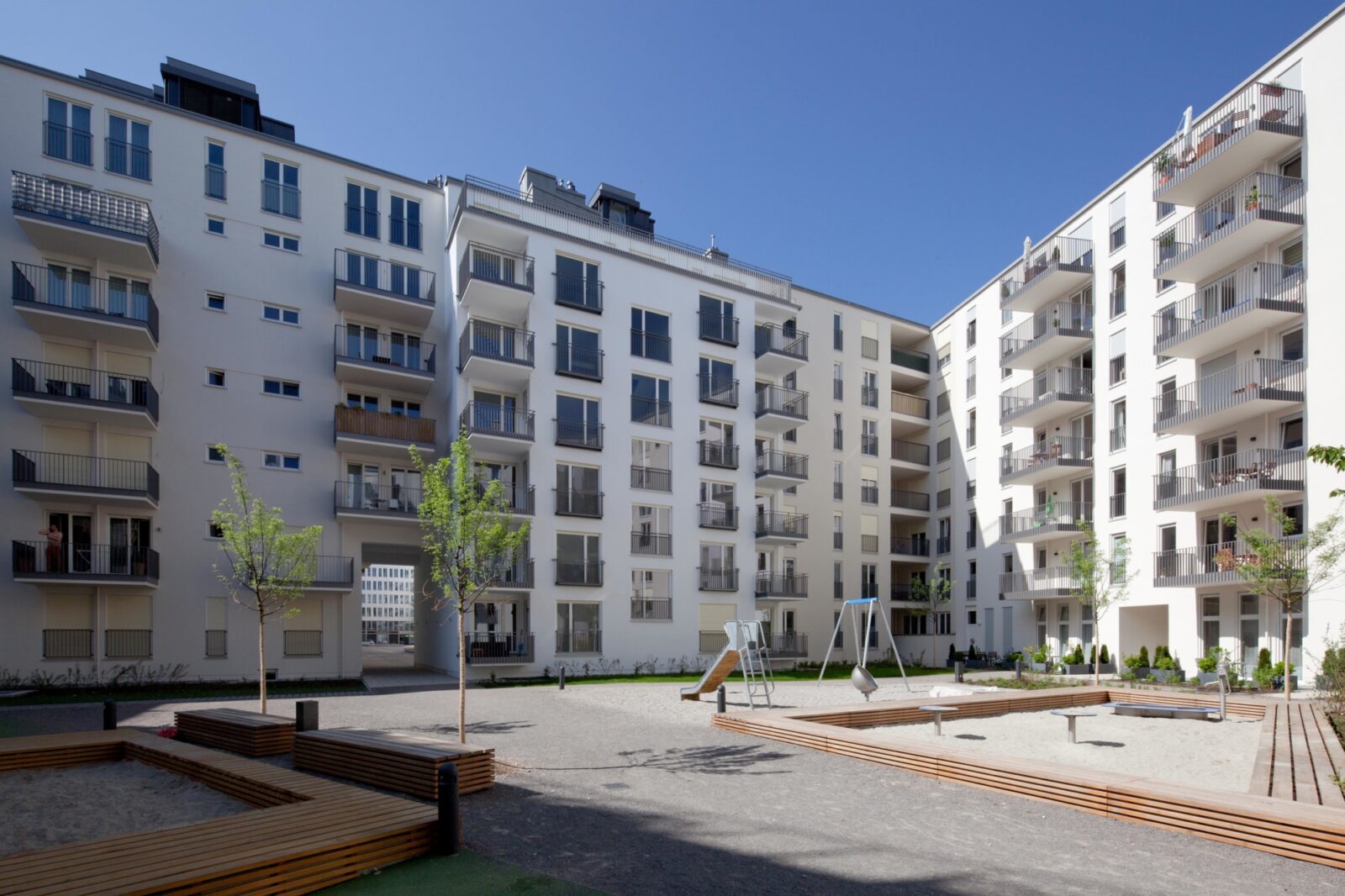 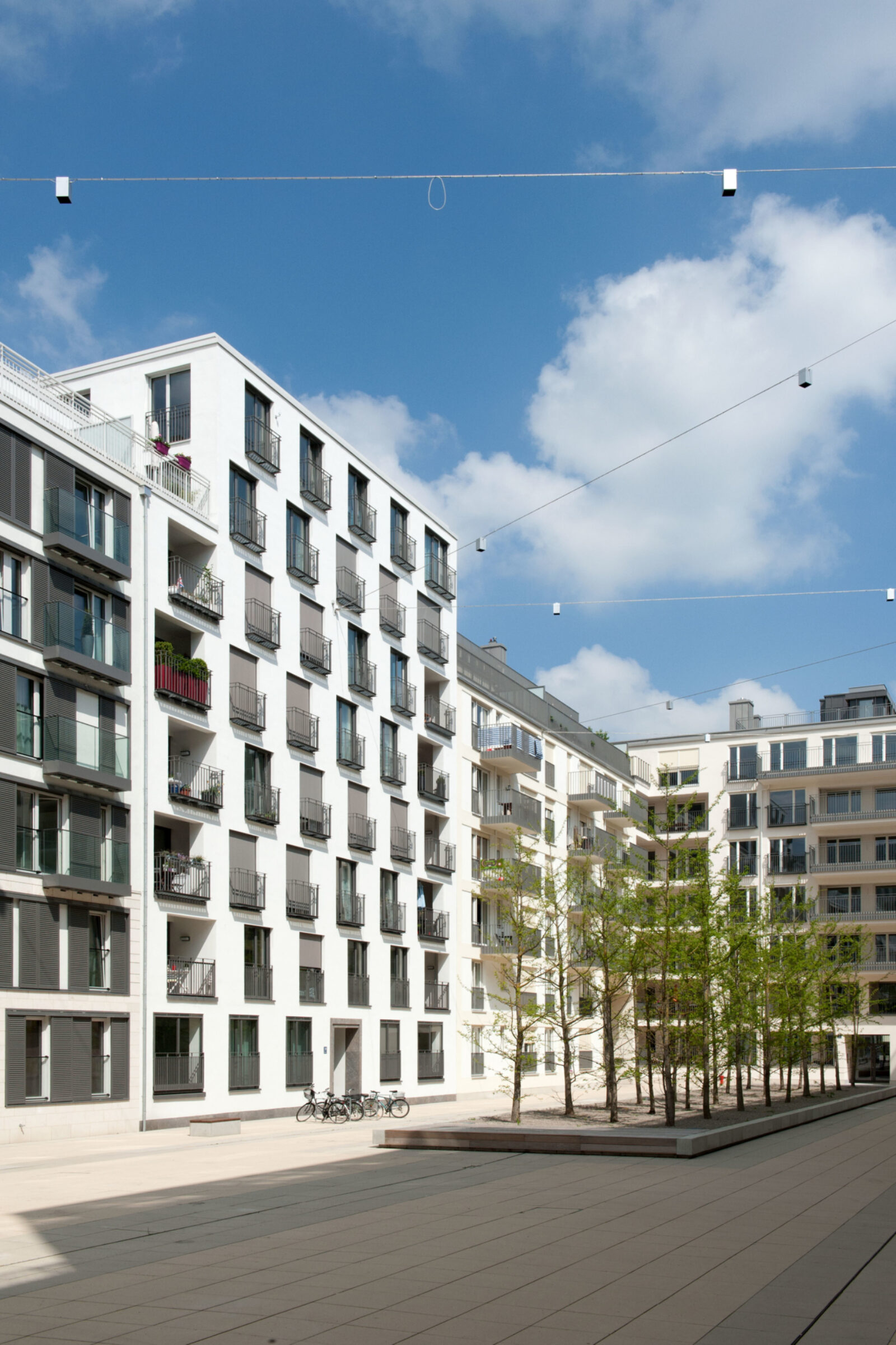 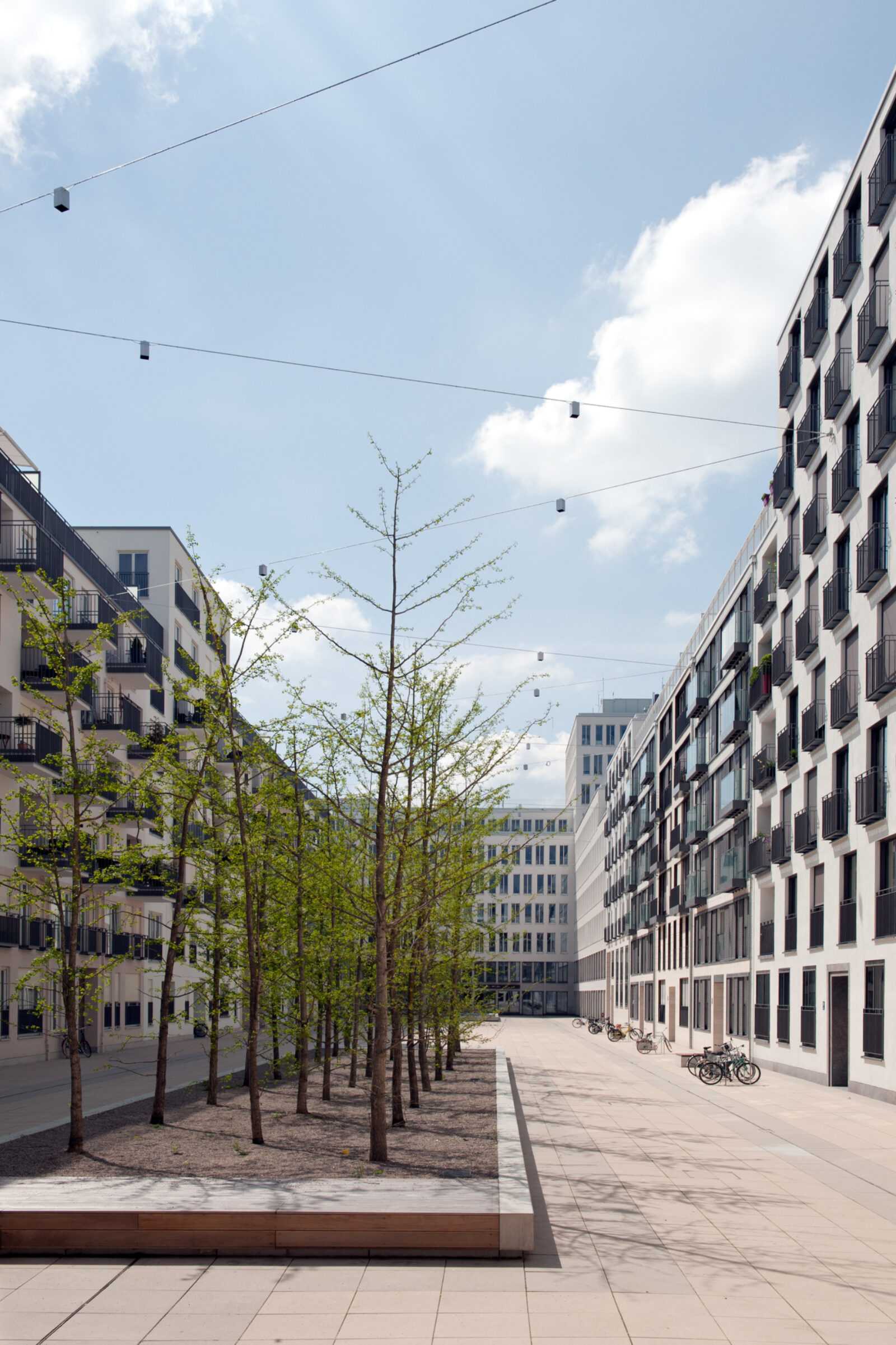 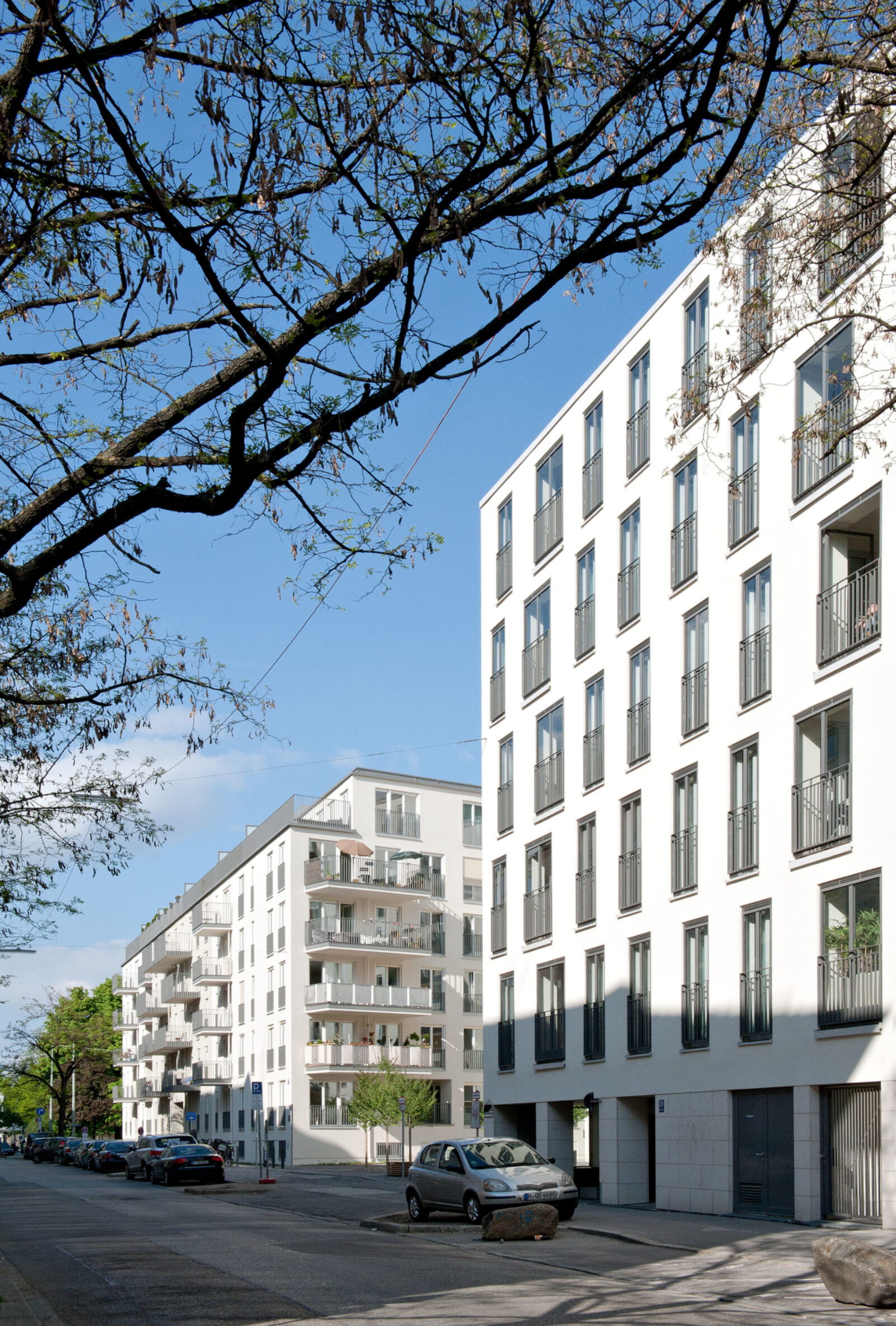 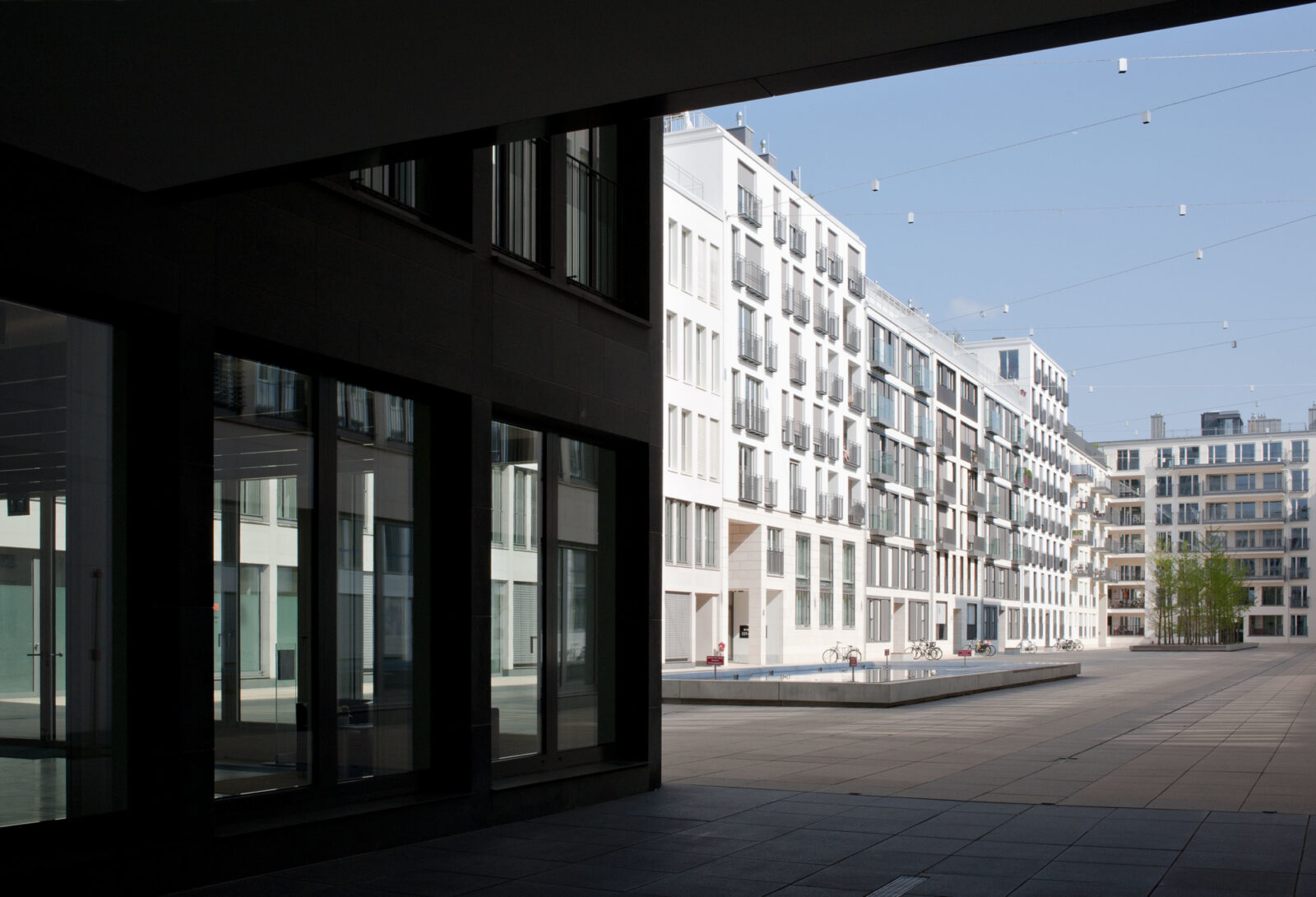 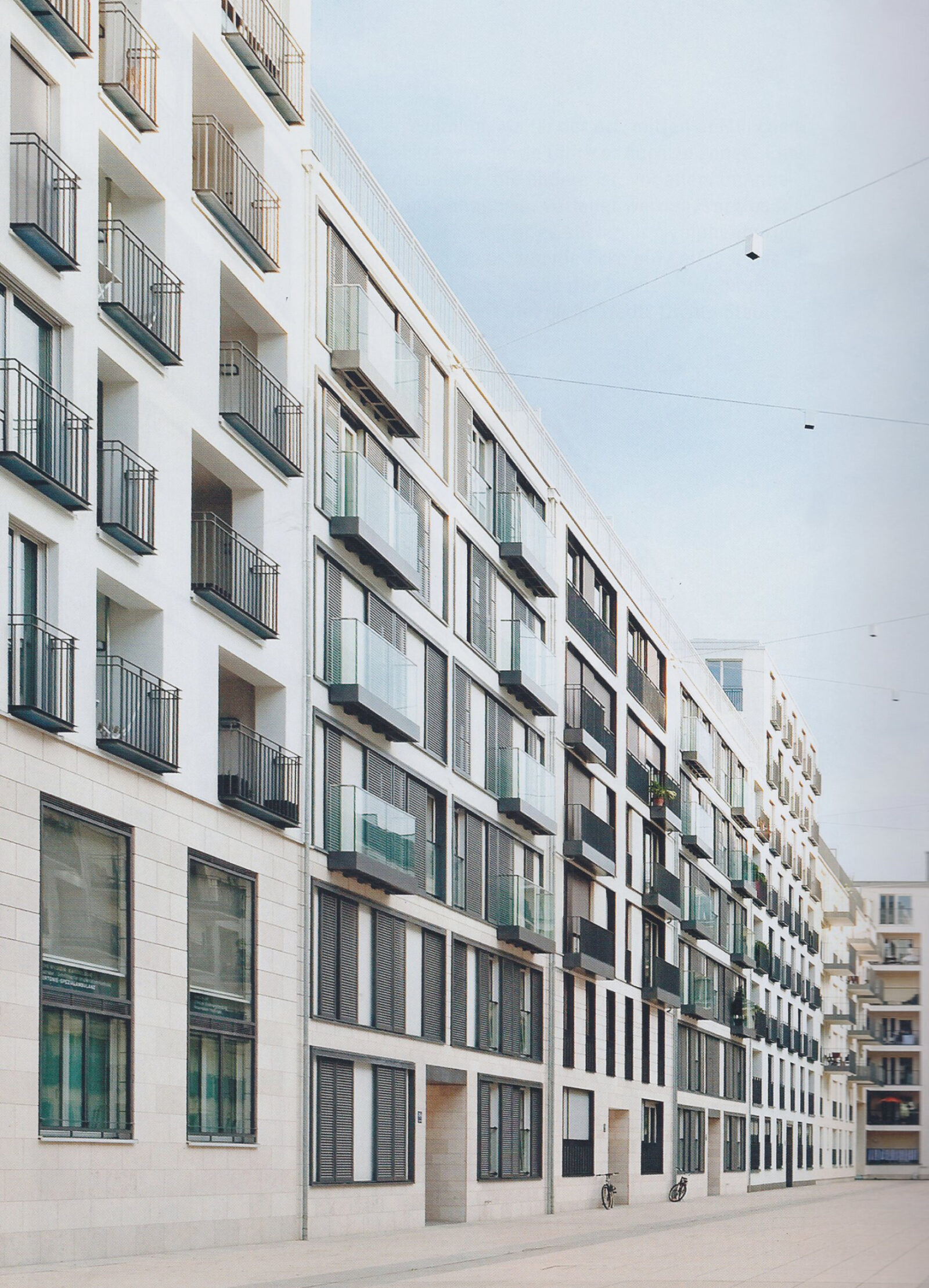 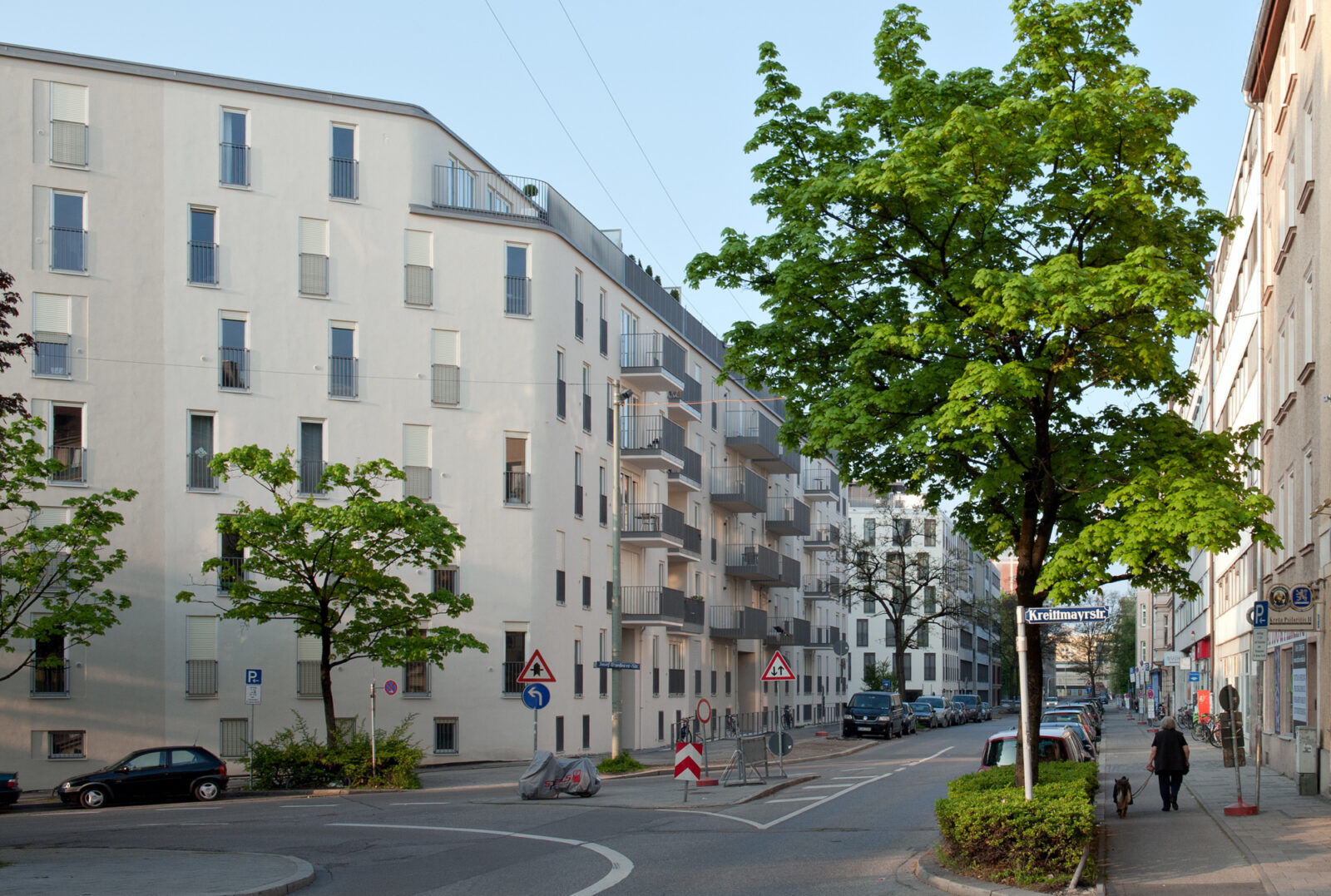 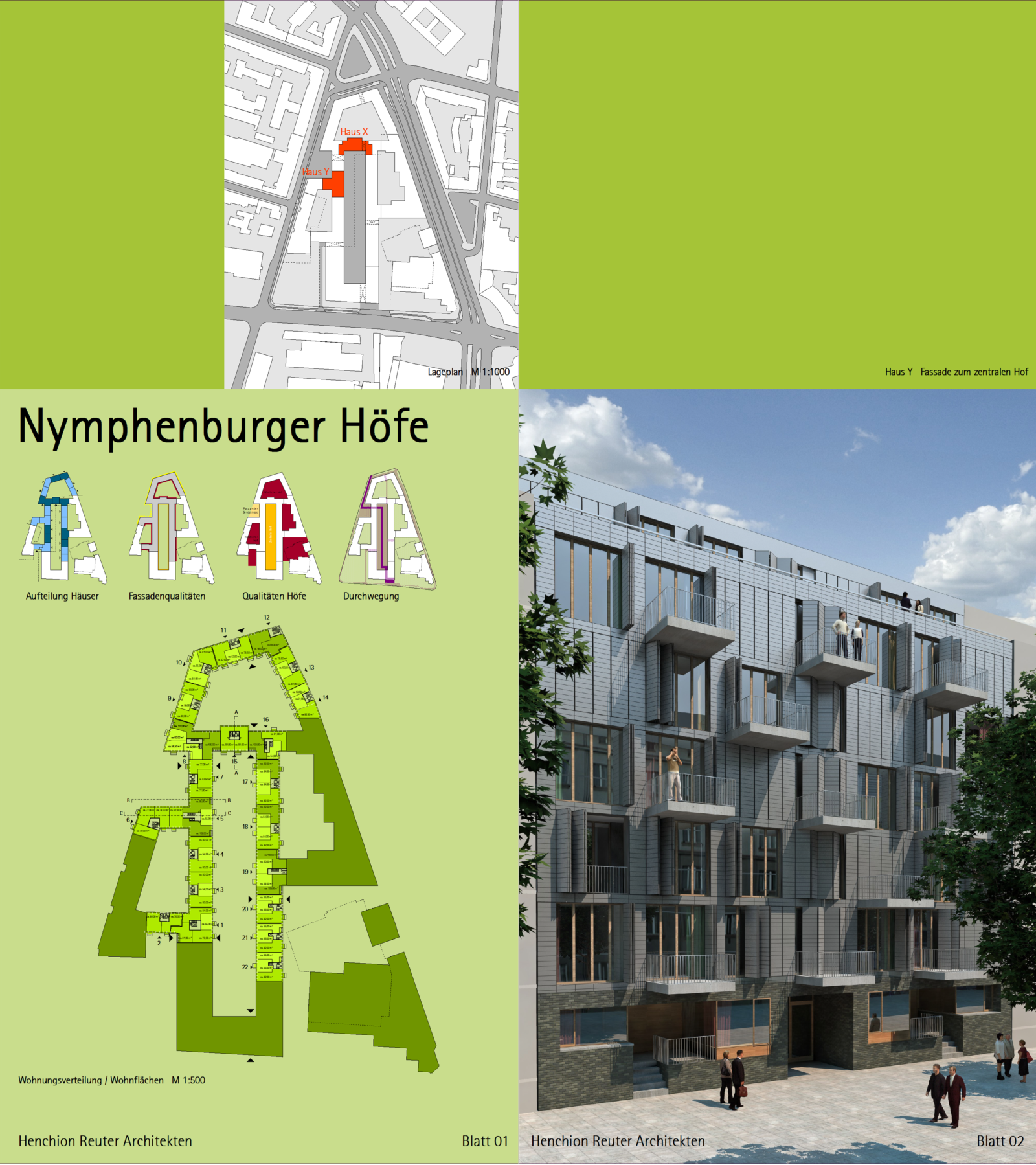 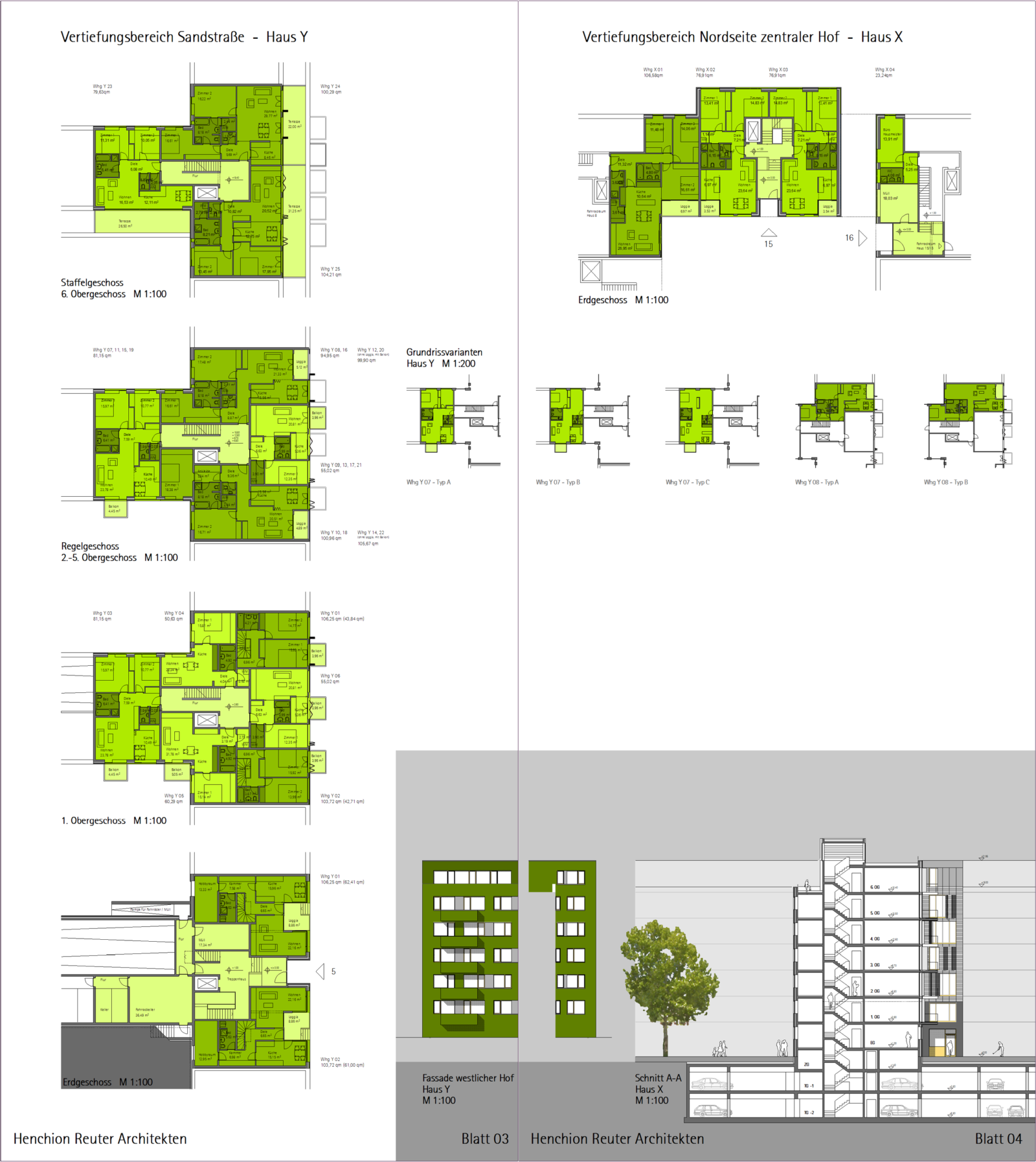 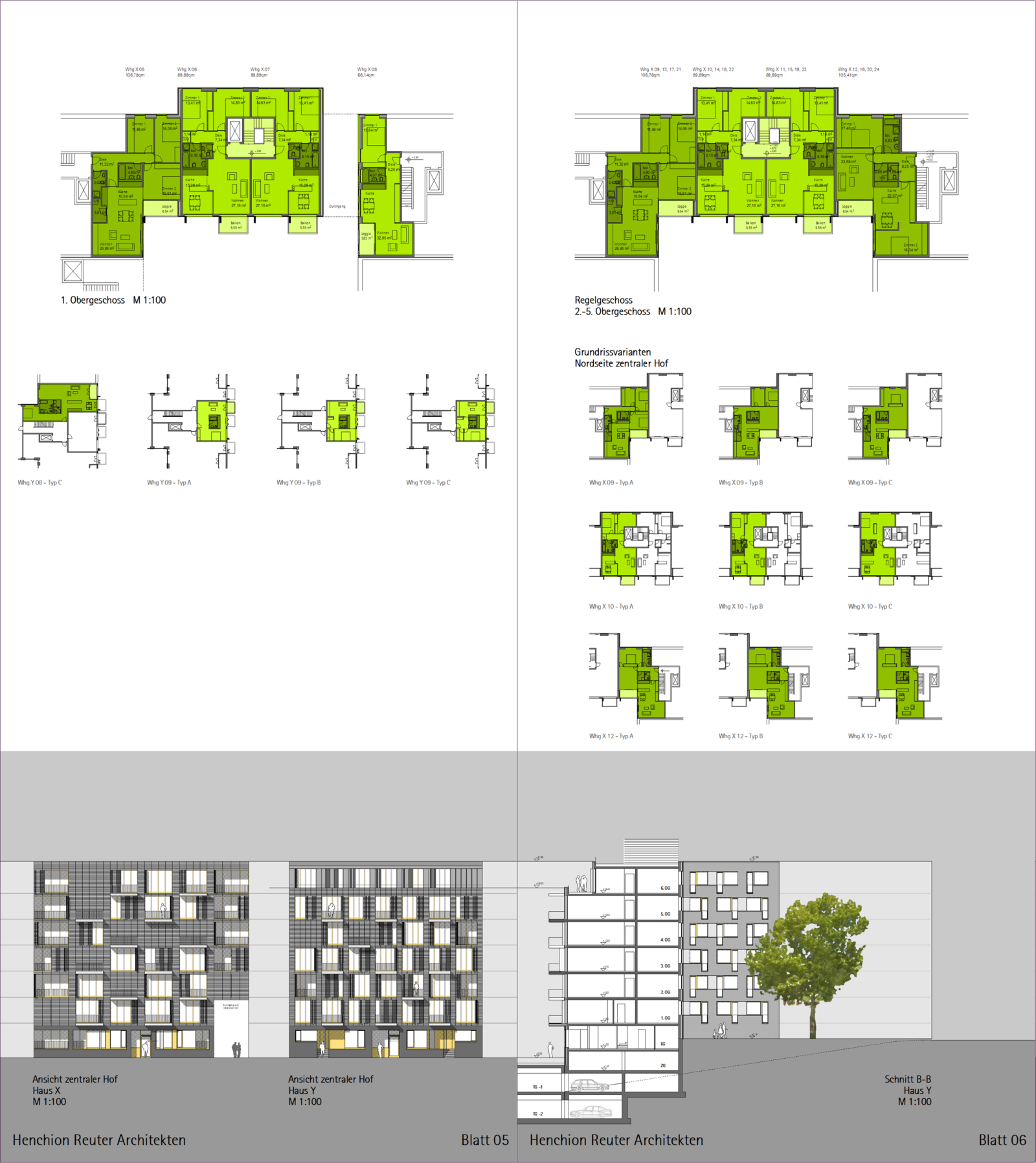 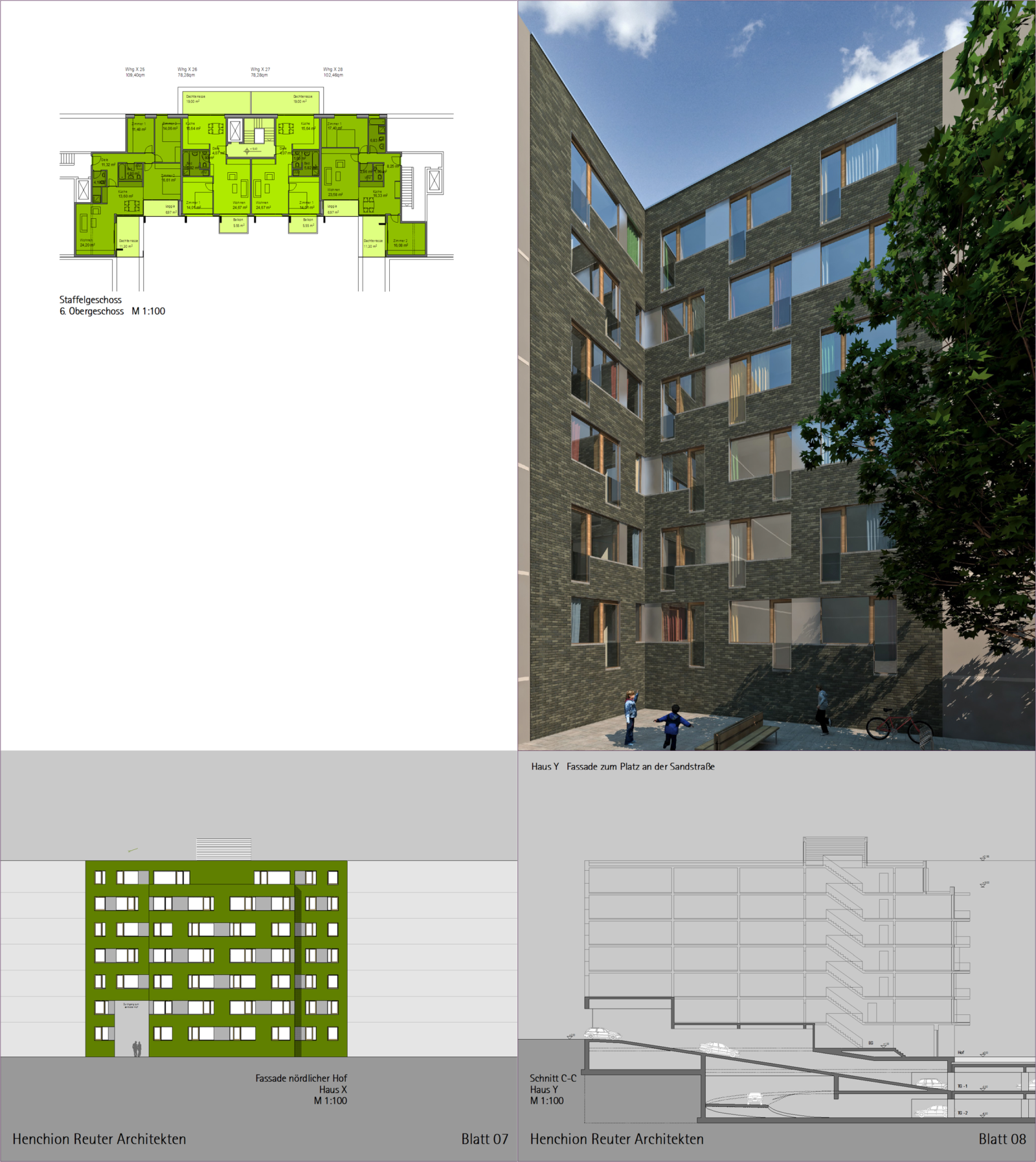 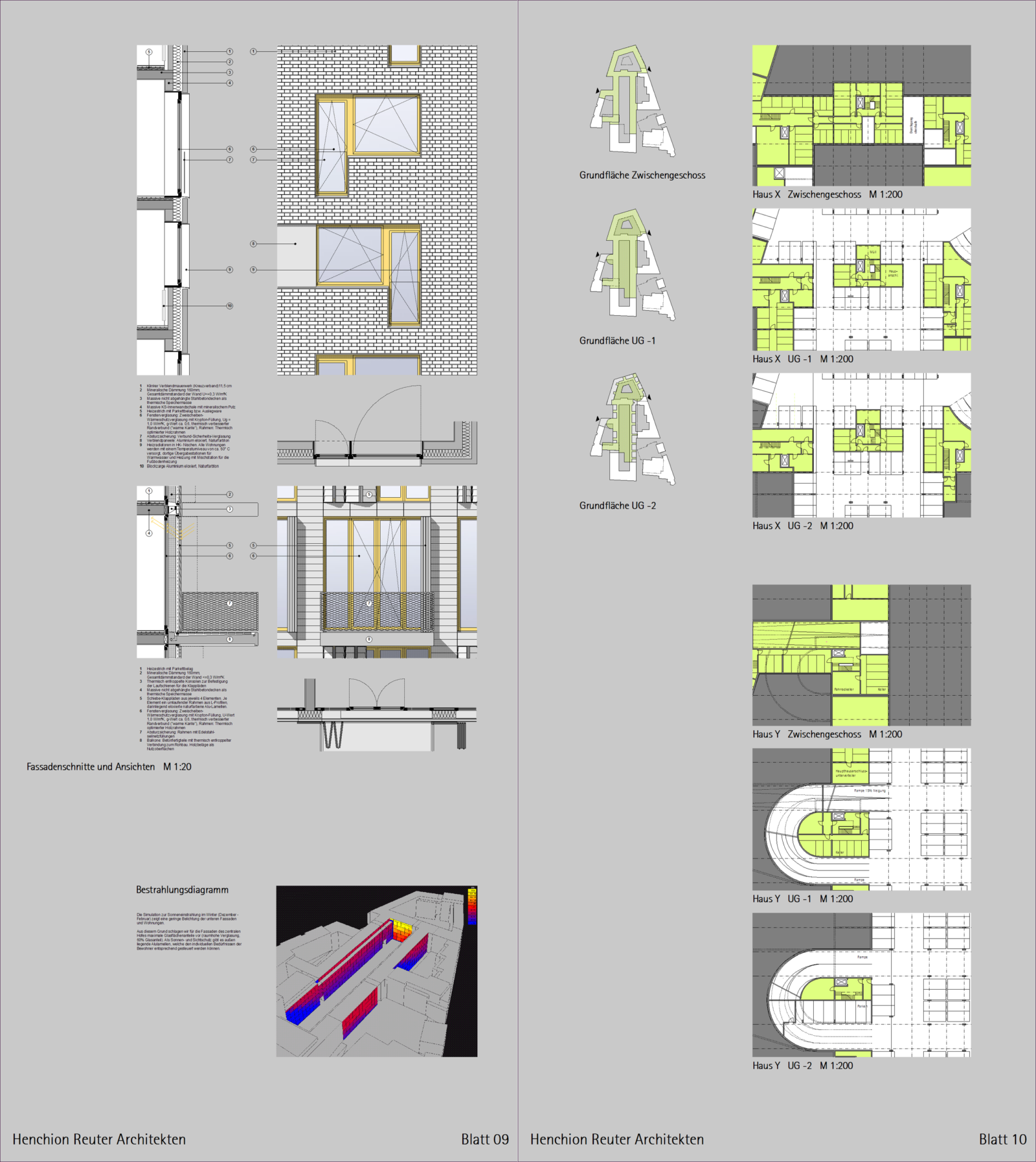