Schloss Bellevue has been the Federal President’s principal official residence since 1994. Situated at the edge of the Tiergarten, not far from the German Bundestag and the Federal Chancellery, the palace is surrounded by a spacious park bordering the River Spree. The Victory Column monument is just down the road. It was Theodor Heuss, the first President of the Federal Republic of Germany, who made Schloss Bellevue his official Berlin residence alongside Villa Hammerschmidt in Bonn as a symbol of Germany’s aspirations for reunification. The palace owes its name "Bellevue" to its beautifully landscaped surroundings.– looking towards Charlottenburg, towards the south-west and across the Spree River. The aim of this redesign for the security and control area at the site is to achieve an restrained appearance that is at the same time elegant in detail. A subtle addition that satisfies the high standards of integration, design and monument protection, but also of function and security. After considering the options, we decided to demolish the "Alte Wache" from the 1930s and 1950s and replace it with a new building for maximum preservation of the existing mature trees. The new guard and control building is clearly visible on the Spreeweg, yet the differentiated structure and restrained design of the new building is carefully integrated into the surrounding building and park ensemble. 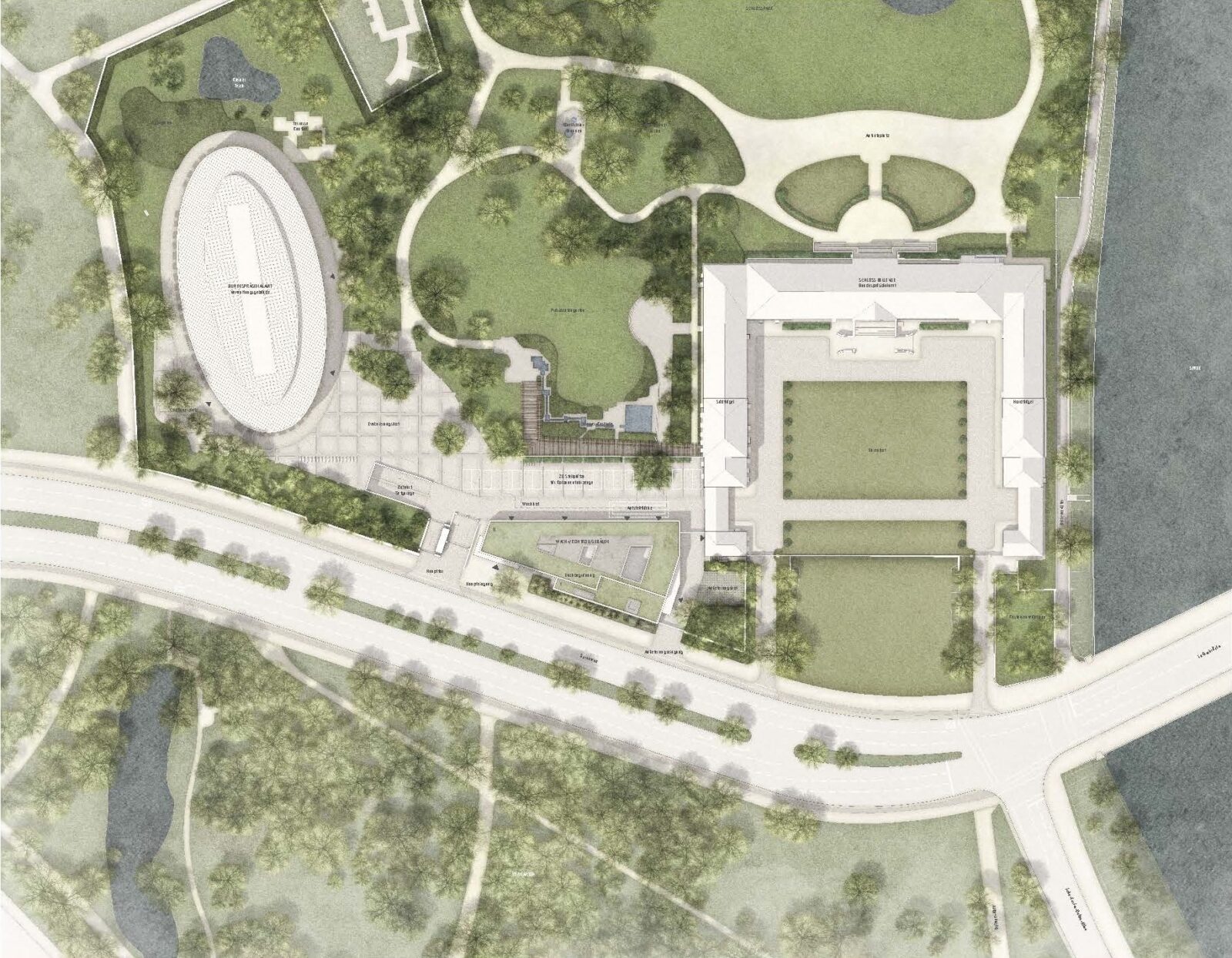 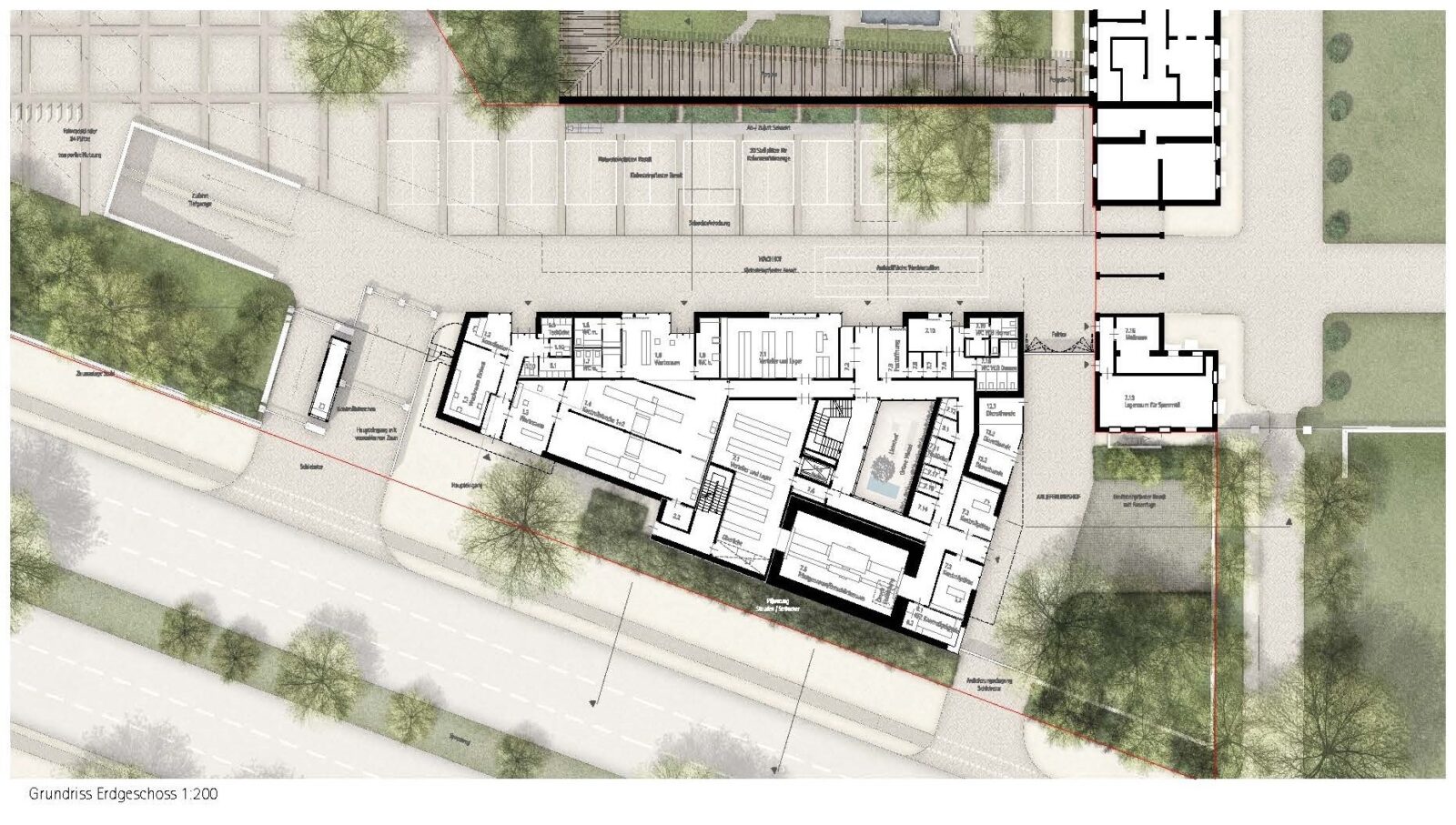